Suddenly my lips had gone numb and a similar sensation was progressing down my throat.

I was sitting in a hut in a remote area of Fiji and sharing a murky-brown liquid with a group of village elders.

The narcotic drink, called kava, is made from the roots of the kava plant – piper methysticum – and it is said to have a relaxing effect. But instead, I was getting a little concerned about not being able to feel my lips. 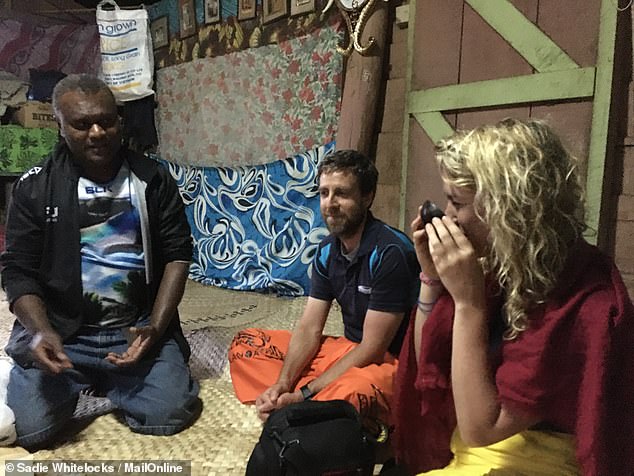 Sadie said liquid had an earthy flavour, with a mild hint of liquorice

One of the men started laughing and asking if I could feel the effect.

The only other time I’d experienced such a sensation was when I’d gone to the dentist to have a tooth pulled out and they’d sprayed some local anaesthetic to ease the pain.

The kava ritual involves one person serving everyone in the group, with people generally sitting in a circle.

When you take a sip from the kava-filled ‘cup’, a coconut shell in this instance, you’re meant to clap once and shout ‘bula’ (Fijian for hello).

Then, after drinking the contents in one gulp, protocol demands you clap three times and say ‘maca’, meaning the bowl is empty.

The liquid had an earthy flavour, with a mild hint of liquorice. 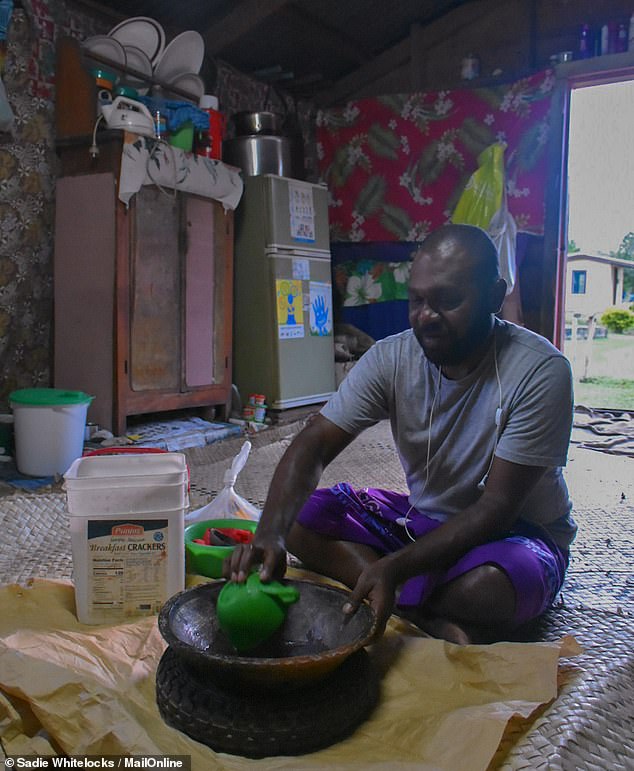 Sadie helped to pound kava plant roots. The powdery remains were strained through a muslin cloth and water added

The powdery remains were then strained through a muslin cloth and water added.

Drinking kava was a new experience for me.

By my third bowl, I decided I’d had ample amounts of the drink and was a little concerned about what it was doing to my insides.

My local guides decided to stay in the hut and I found out the next day they continued drinking until around 4am. 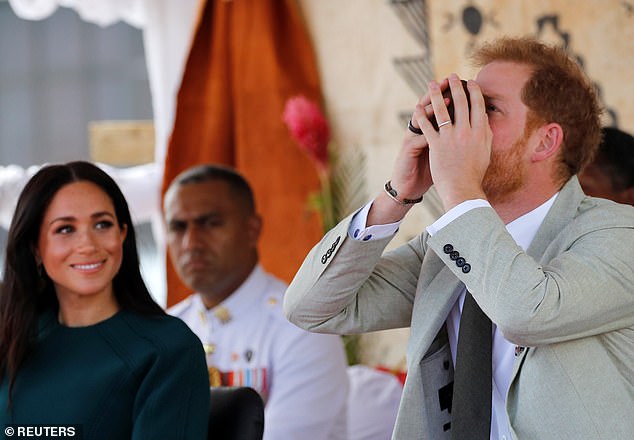 Royal seal of approval: Prince Harry glugged kava while visiting Fiji in 2018, just as his grandparents, the Queen and the Duke of Edinburgh, did during an official visit to Fiji in October 1982 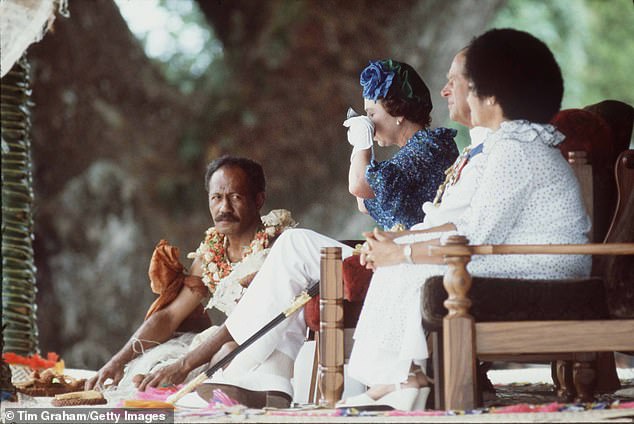 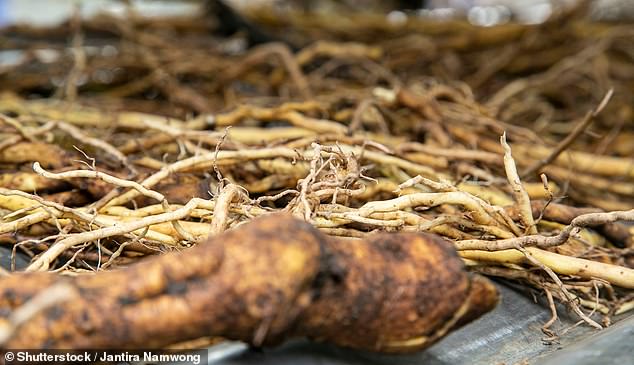 Kava has a depressant effect on the central nervous system and can slow down the messages travelling between the brain and the body. It has been tipped as a natural alternative medicine to treat anxiety, insomnia and stress. Pictured – kava roots

My kava initiation took place in the remote village of Navai in Fiji.

It is the closest settlement to the country’s highest peak, Mount Tomanivi.

On reading up on kava upon my return from Fiji, I learned that the drink has a depressant effect on the central nervous system and can slow down the messages travelling between the brain and the body.

It has been tipped as a natural alternative medicine to treat anxiety, insomnia and stress.

However, the earthy drink has been shrouded in controversy for decades.

It was banned in several countries in 2002, including Australia, the UK, Canada and European nations over concerns it can cause liver problems.

But the World Health Organisation went on in 2007 to release a report declaring kava to be safe.

During the 2016 Summer Olympics, the Fijian rugby team indulged in kava during a ceremony immediately after the players received their gold medals. 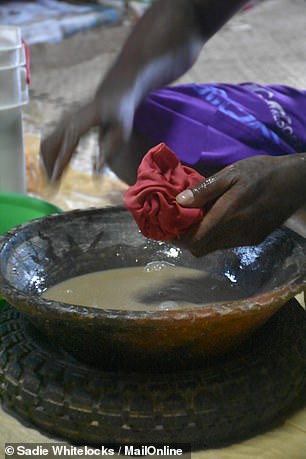 There are more than 100 kava bars in the United States

And while visiting Fiji in 2018 Prince Harry glugged some down, just as his grandparents, the Queen and the Duke of Edinburgh, did during an official visit to Fiji in October 1982.

Following more positive publicity, the root has seen a resurgence in Europe and North America.

Now there are more than 100 kava bars in the United States, which is up from around 30 in 2012, according to The New York Times.

I was told while in Fiji that the price of kava has skyrocketed as a result of many farms being destroyed by tropical cyclone Winston in 2016, leading to shortages.

For the Fijians, kava is part of everyday life. It runs through their veins.

For me, stirring memories of trips to the dentist and having teeth pulled isn’t terribly pleasant.

But I have to admit, I did sleep like a dream after my three bowlfuls.