Real call of nature: Homeowners report frogs are emerging through sinks and toilets amid fears they are breeding in the underground pipes

By Chris Jewers For Mailonline and Bpm Media

Frogs have been photographed invading homes across a Derbyshire town, confusing and frightening people by emerging through sinks and drains.

A number of Chesterfield residents have said that they have, on answering the call of nature, found the slimy green creatures scaling the sides of toilet bowls.

The bizarre invasion was reported from three separate addresses in the town this morning, Friday, May 1.

Homeowners claim that frogs have ‘infiltrated their water systems’ and are now ‘climbing up through their drains’.

A chesterfield resident holds up a frog that was found in their bathroom having entered through a drain, sink or toilet

When contacted by Derbyshire Live, Yorkshire Water, which looks after the town’s water supply, said the frogs could be breeding in underground watercourses around Chesterfield.

One resident has been using duct tape to block holes in sinks and is now nervous about going to the toilet for fear of what she might find.

Tezza Bella, from Chesterfield, captured footage of one of the creatures after it emerged from her loo.

She said: ‘I’ve always been scared of toilets in case something comes up and bites me, now this has just proved it’s not impossible. Gonna have to stand and squat now.’ 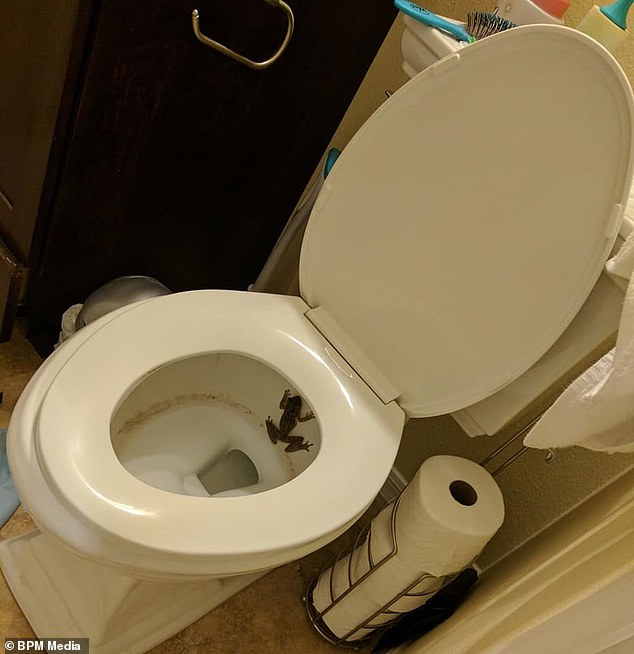 A frog found in the loo at a Chesterfield home (Image: Spotted-in-Chesterfield). A number of Chesterfield residents have said that they have, on answering the call of nature, found the slimy green creatures scaling the sides of toilet bowls

A number of other townsfolk have reported similar experiences via the Spotted in Chesterfield Facebook page.

Chris Sewell, also from Chesterfield, said: ‘Whatever you do, do not try and flush them back down the toilet!’

An retired woman from Old Whittington, said: ‘I saw two of them, one on the wall of the toilet, the other on the seat. I put them in a plastic container and took them into the garden.’ 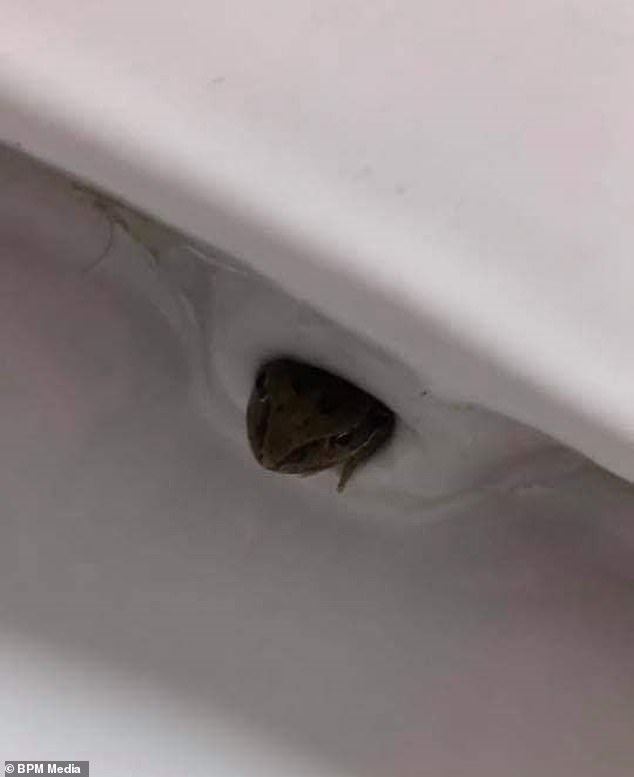 A small frog emerges from a sink in Derbyshire (Image: Spotted-in-Chesterfield)

‘We’ve not had any reports of frogs hopping out of toilets but it could be possible if a frog has laid frogspawn in a sewer or in a river near to one of our outfalls,’ said a spokesperson for Yorkshire Water.

‘If you have had a frog appear, please get in touch with us directly so we can have a look in our sewers in the local area to see if there’s any more and if we can get them out and move them to somewhere a bit safer.’

Severn Trent Water which supplies water to a part of Bolsover told Derbyshire Live that they were unaware of any toilet frog infestation reports.