The 61-year-old pop superstar posted clips on her Instagram Stories of blood being processed for stem cell treatment, as well as X-rays and a snap of her injured area.

Madonna had to cancel several shows on her recent Madame X Tour due to a recurring knee injury.

Knee injury: Madonna took to Instagram on Thursday to share images of her stem cell treatment and X-rays for a knee injury

The Madame X Tour came to an abrupt end in Paris on March 8 after the French government banned gatherings of more than 1,000 people due to the coronavirus pandemic.

Madonna on March 1 wrote on Instagram about hurting her knees while falling on stage two nights prior ‘when a chair was literally pulled out from underneath me by mistake and I landed on the floor on my tail bone.’

She described herself as a’ broken doll held together with tape and glue’ as she announced she was taking some much needed bed rest in hopes of finishing the tour.

The Madame X Tour launched in September 2019 in support of her fourteenth studio album Madam X released in June 2019. 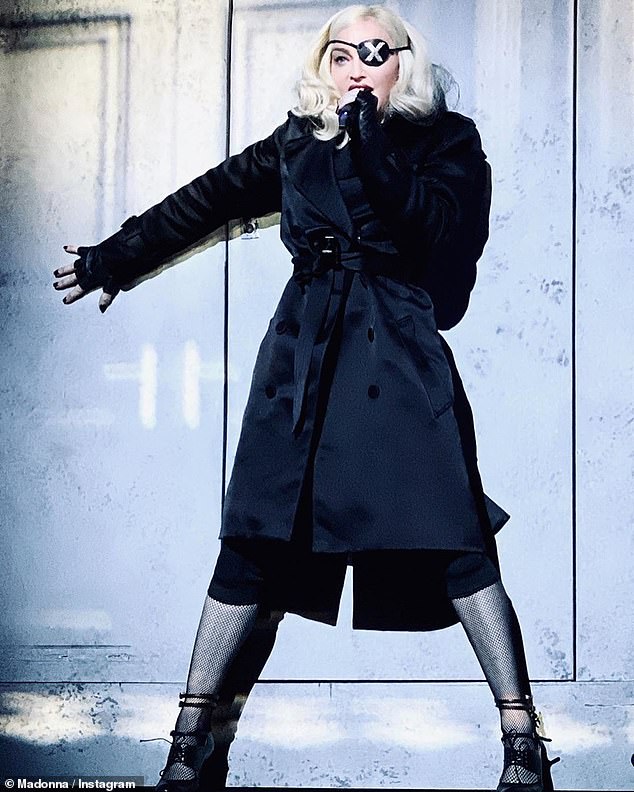 On tour: The 61-year-old singer, shown in October on her Madame X Tour, had to cancel several shows due to a recurring knee injury 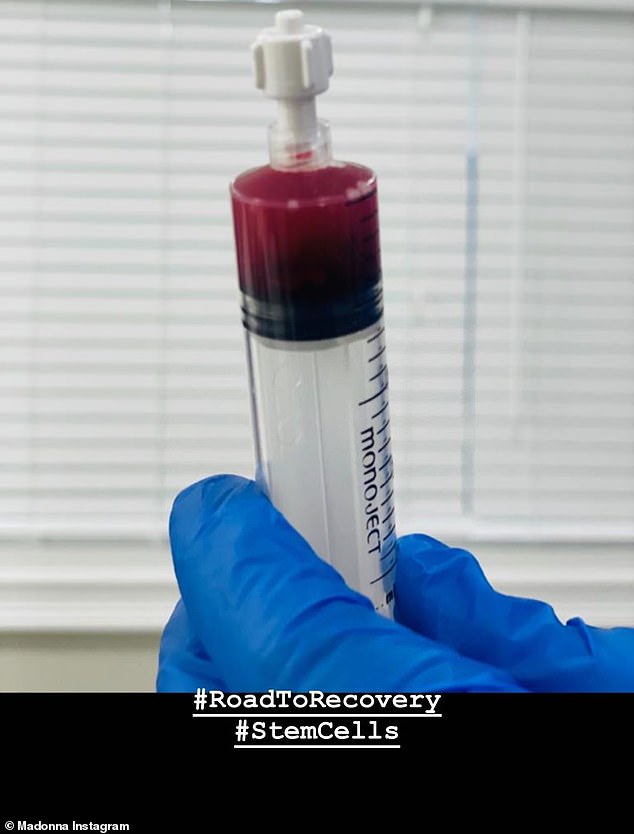 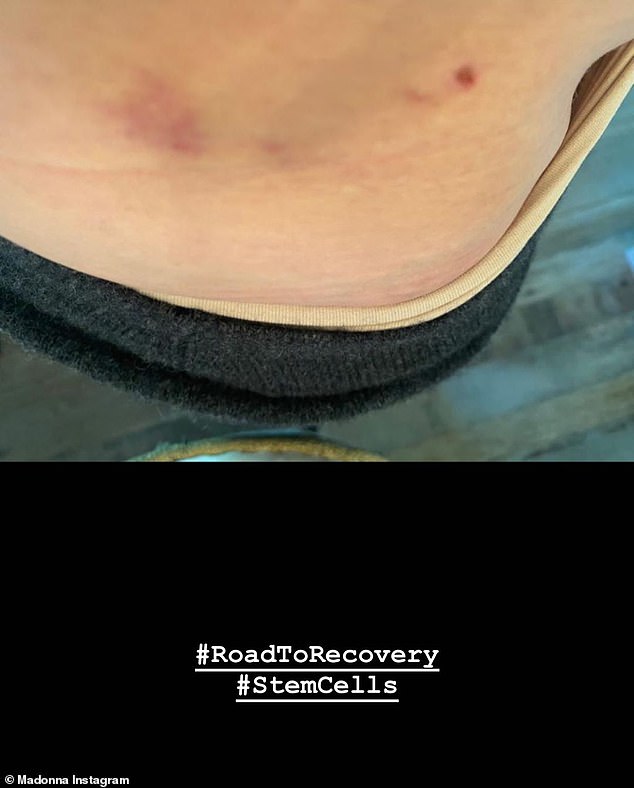 Injured area: The singer also showed a photo of the injured area after earlier reporting cartilage tear in her knees

The Lucky Star singer revealed on Tuesday on social media that she was seeking ‘regenerative treatment’ after enduring extreme pain from her knee injury.

‘Finally going to get my regenerative treatment for my missing cartilage!! I would be jumping up and down if i could after 8 months of being in pain! Wish me Luck!’. [sic],’ she posted on Instagram.

Regenerative medicine is the process of replacing or ‘regenerating’ human cells, tissues or organs to restore or establish normal function. 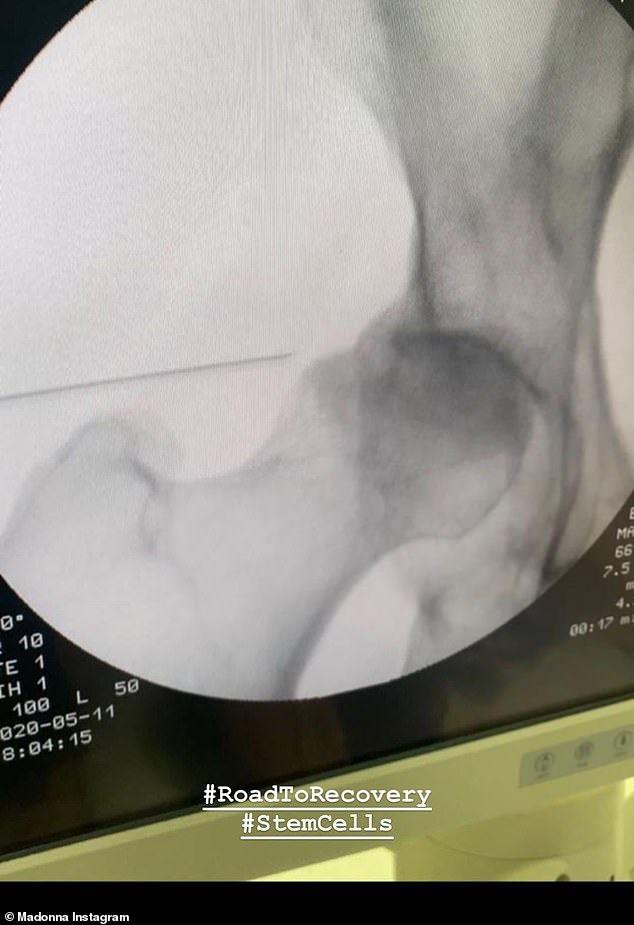 Painful injury: The singer announced Tuesday on social media that she was seeking ‘regenerative treatment’ 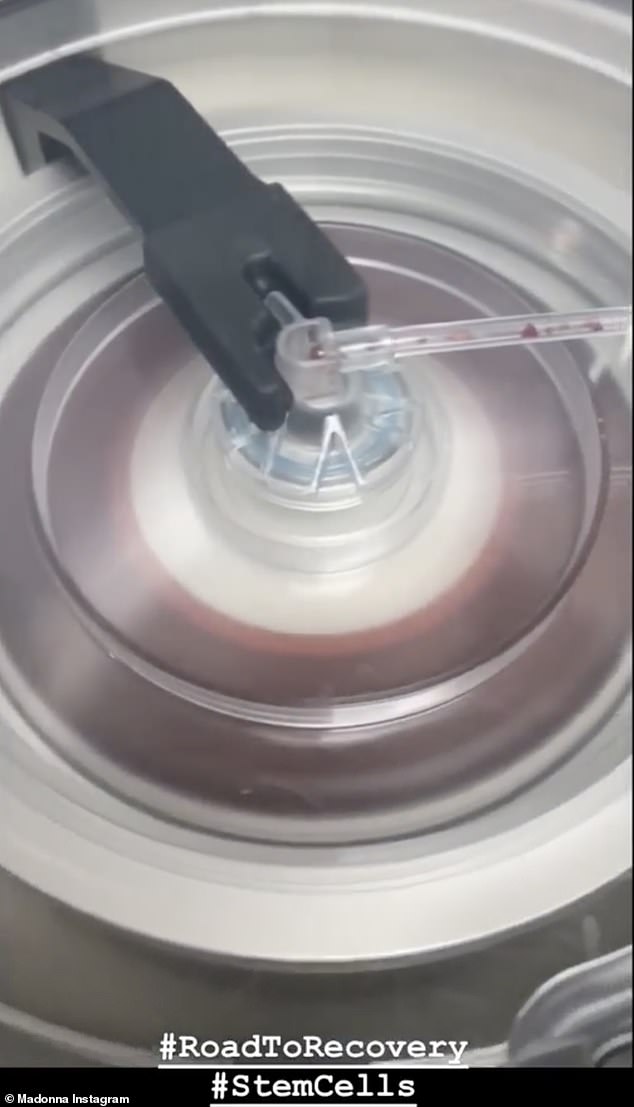 Madonna previously revealed that she tested positive for coronavirus and was sick while also dealing with her knee injury in France.

She explained her health status in early May on Instagram by posting: ‘I am not currently sick. When you test positive for anti-bodies it means you HAD the virus which I clearly did as I was sick at the end of my tour in Paris over 7 weeks ago.’

Madonna has sold more than 300 million records worldwide and has been certified as the best-selling female recording artist of all time by Guinness World Records. 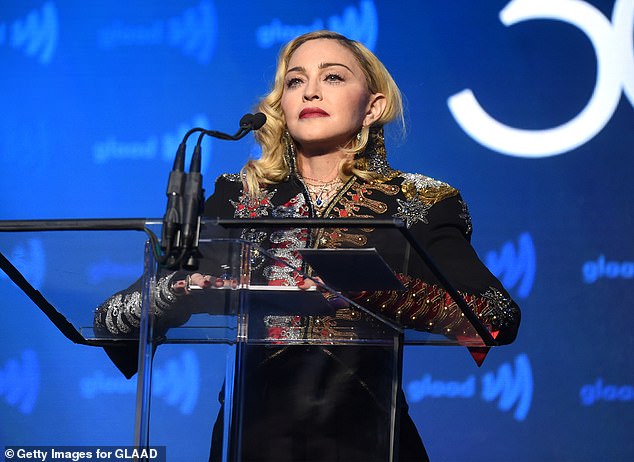 Popular singer: The Michigan native, shown in May 2019 in New York City, has sold more than 300 million records worldwide and has been certified as the best-selling female recording artist of all time by Guinness World Records