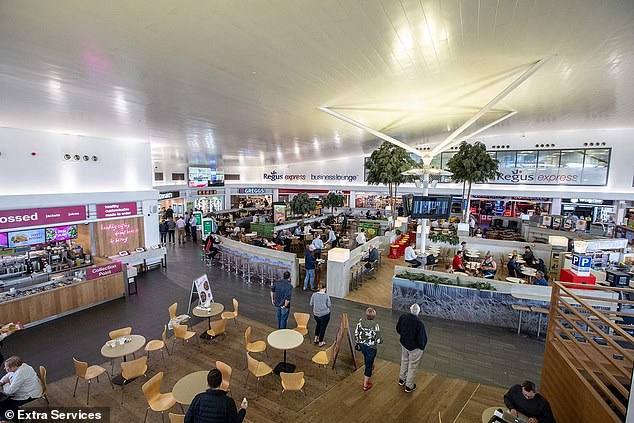 Extra and Westmorland achieved the joint highest score of 97 per cent in a poll of almost 10,000 motorists revealed by watchdog Transport Focus ahead of ‘Super Saturday’, when some 10 million motorists are predicted to be hitting the road.

The two providers manage 15 of England’s 112 motorway service areas, including Beaconsfield on the M40 in Buckinghamshire, Gloucester on the M5 and Tebay on the M6 in Cumbria.

Best places for drivers to pull over for a break revealed: A new poll of 10,000 motorists has identified which two operators have the best-rated motorway services

The annual poll by Transport Focus usually rates all 112 services individually, naming the best standalone location in the country to take a break from an arduous motorway schlep.

However, surveys taking place from February were cut short in March due to the country going into lockdown as the coronavirus pandemic took hold in the UK.

This means the results have been rounded up into best operators, rather than standout services.

Just two thirds of intended fieldwork had been completed by the time motorway services became off limits, with a total of 9808 interviews short of the intended target of 15,000 responses.

The best-ranked operators represent just 13 per cent of the entire services network, with just ten locations across the nation.

Below are the 15 locations the two operators are responsible for. 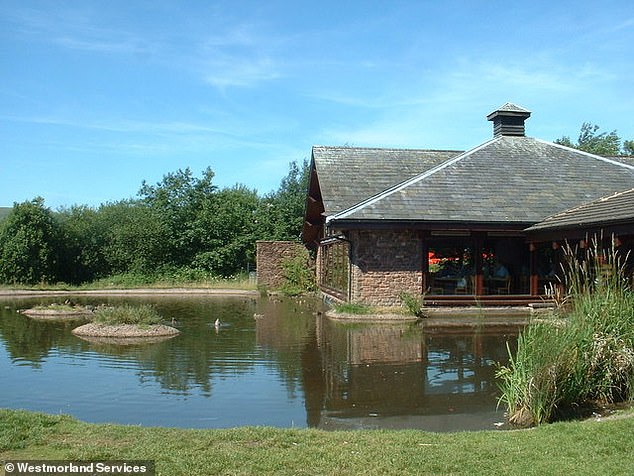 Tebay Services is ran by Westmorland, which operates just five service stations across the country. It received a satisfaction rating overall of 97% 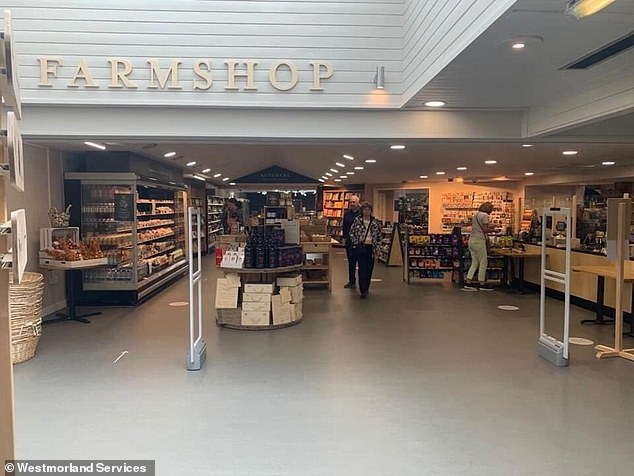 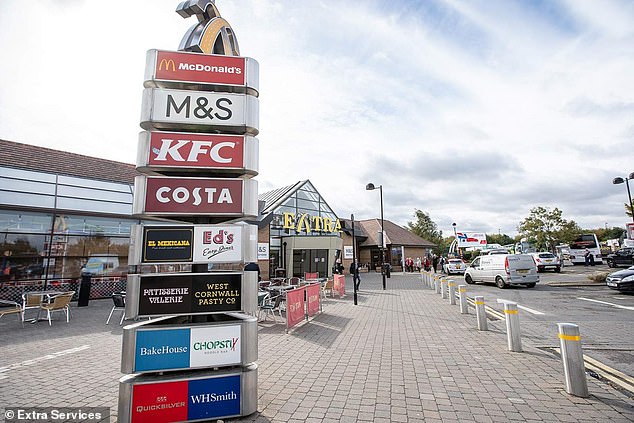 Extra services, which runs 10 motorways locations across the country, also scored 97% in the satisfaction survey 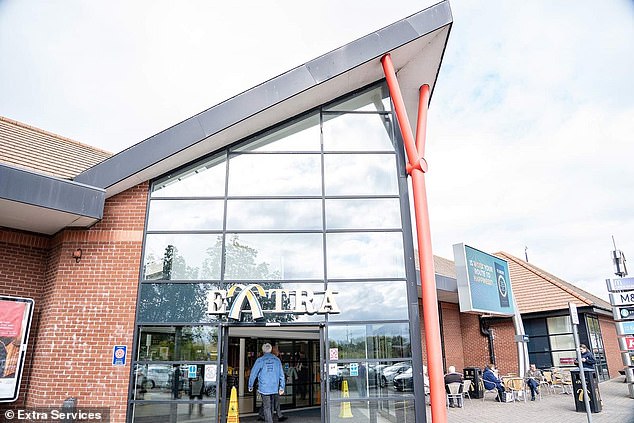 Extra Services in Baldock, located on the A1M at junction 10

Results were published as a third of drivers prepare take to the road this weekend to celebrate the easing of the lockdown, according to the RAC.

More than 10 million of us will be escaping our homes for an overnight stay on July 4, the motoring group’s poll found.

The date has been dubbed ‘Super Saturday’ due to pubs and restaurants reopening, with motorway services expected to see a spike in visits.

In total, 93 per cent of visitors to service stations said they were satisfied with their experience – an improvement of three percentage points on 2019.

Almost two thirds of these respondents (64 per cent) said they were ‘very satisfied’.

Westmorland had the highest proportion of very satisfied visitors at 87 per cent. 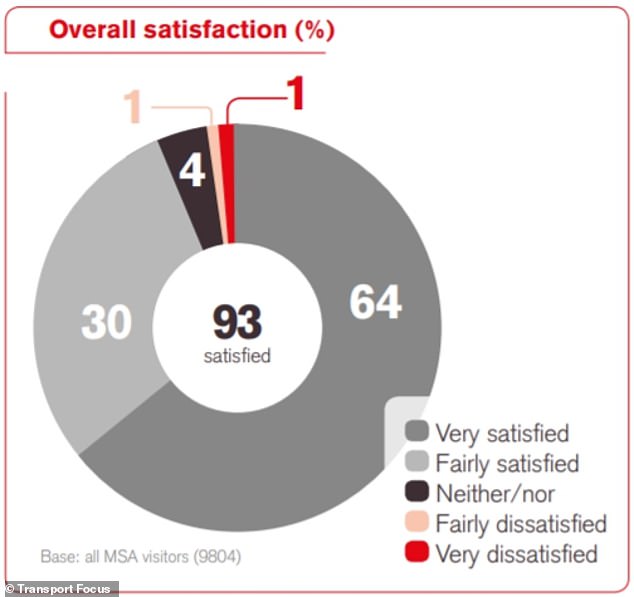 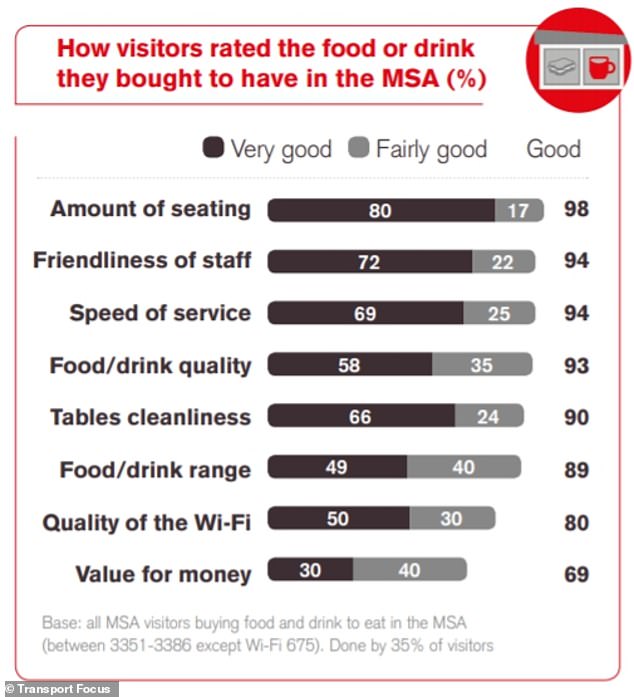 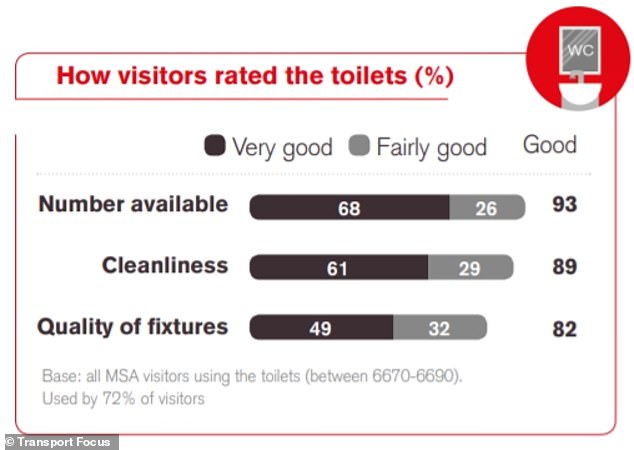 Euro Garages – which took third spot overall) had the biggest year-on-year increase in satisfaction from 86 per cent to 96 per cent.

Extra also saw a significant increase in satisfaction of eight percentage points to 97 per cent.

Cleanliness of toilets was rated as satisfactory by 89 per cent of visitors, while friendliness and helpfulness of staff scored 94 per cent. 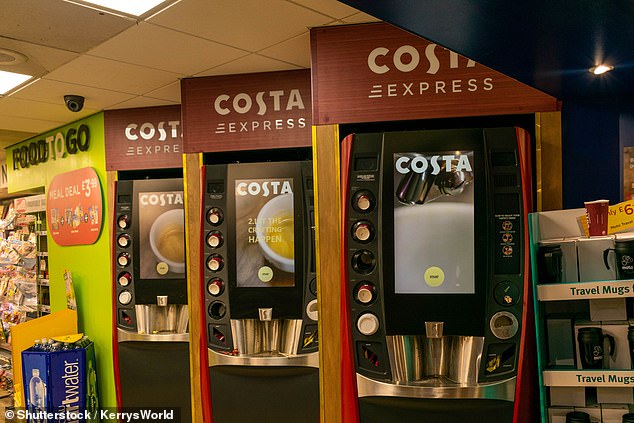 In total, 93% of visitors to service stations said they were satisfied with their experience – an improvement of three percentage points on 2019 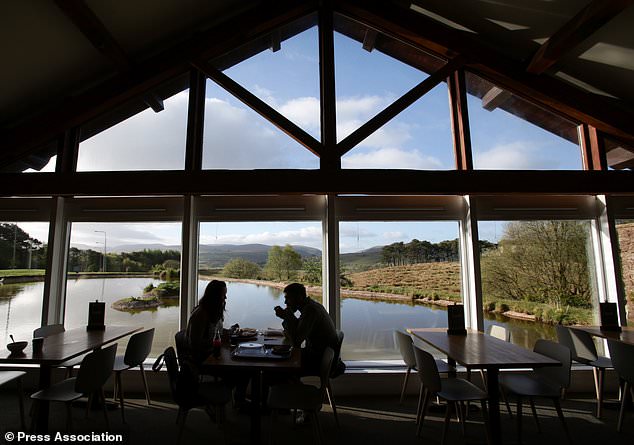 Visitors were least satisfied with the value for money of the food and drink they bought, at just 69 per cents.

Transport Focus chief executive Anthony Smith said: ‘As the country emerges out of lockdown and people take to the roads for staycations this summer, motorway services will provide a vital opportunity for drivers to take a break on their journey.

‘Motorway services provide customers with a great experience with friendly and helpful staff, but there is still room for improvement when it comes to the value for money of the food and drink on offer.’

SAVE MONEY ON MOTORING