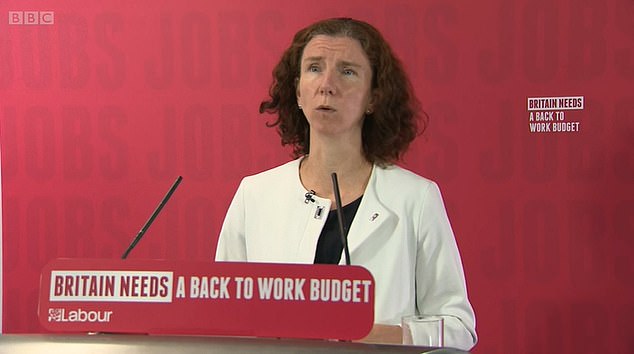 Labour has backed the idea of a wealth tax to help the UK recover from coronavirus meltdown.

Shadow chancellor Anneliese Dodds said a levy on assets, rather than income, should be consider as part of a ‘new settlement’ after the crisis.

Delivering her first major speech since being appointed by Keir Starmer, she insisted the move would help ensure the government does not need to increase taxes or cut support for ‘low and middle-income people’.

Ms Dodds said there was an injustice in the worst-off paying more tax proportionally than high earners, while the rich face lower charges on their capital.

She criticised Boris Johnson’s ‘muddled, confusing’ and ‘much too slow’ response to protecting the nation’s health during the Covid-19 outbreak.

In a speech today, shadow chancellor Anneliese Dodds said a levy on assets, rather than income, should be consider as part of a ‘new settlement’ after the crisis

The furlough scheme should be extended in a ‘targeted’ way to avoid a ‘flood of redundancy notices’, particularly for areas forced into local lockdowns such as Leicester.

But she said Labour would not back extending the job retention scheme – which has seen the Government meet 80 per cent of workers’ wages up to a ceiling of £2,500 a month – indefinitely, insisting it should be used to shore up specific sectors.

‘These support schemes should serve as economic sandbags, ensuring localised second waves of Covid-19 don’t wash away businesses and jobs in their wake,’ she said.

‘The reward for months of sacrifice cannot be a redundancy notice.’

The intervention came after the Prime Minister warned it would not be ‘healthy’ for the economy or workers for the furlough scheme to continue beyond its scheduled end date in October.

Rishi Sunak is due to deliver a ‘mini Budget’ next week, focusing on support for jobs.

But Ms Dodds said the Chancellor must give ‘back-to-work budget’.

She said the Government should consider imposing a wealth tax, which would target assets rather than income.

‘I think the Government does need to look at this area, I don’t think we’re in a fair situation,’ she said, arguing that the tax paid by the rich is a smaller part of their income proportionally than the poor. 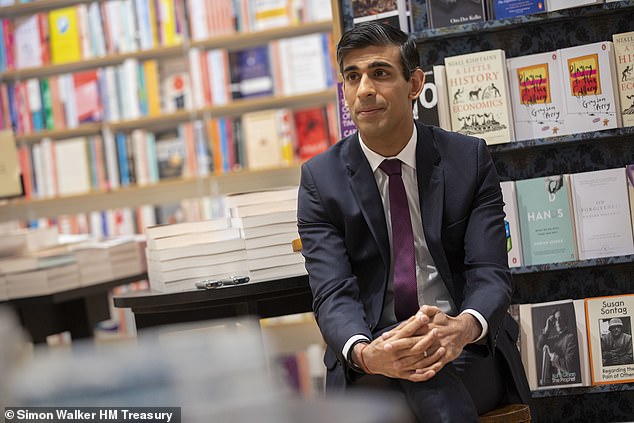 Rishi Sunak (pictured on a visit to a book shop last month) is due to deliver a ‘mini Budget’ next week, focusing on support for jobs

‘And of course for the very, very best-off people quite a bit of their money coming in is derived from wealth.

‘I think we do need to have that new settlement and actually much of the opinion data has indicated that has a lot of support among the UK population as well.’

Labour under Sir Keir has aimed to take a ‘constructive’ approach to opposition, backing measures the party believes to be valid while critiquing areas where the Conservatives are failing.

Ms Dodds said the Government dithered over the lockdown, increasing testing and getting protective equipment to frontline workers as the death toll soared.

And along with accusing ministers of being ‘completely divorced’ from the scale of the looming unemployment crisis, she said ‘we still do not have a functioning’ test and trace system to prevent a second wave of infections.