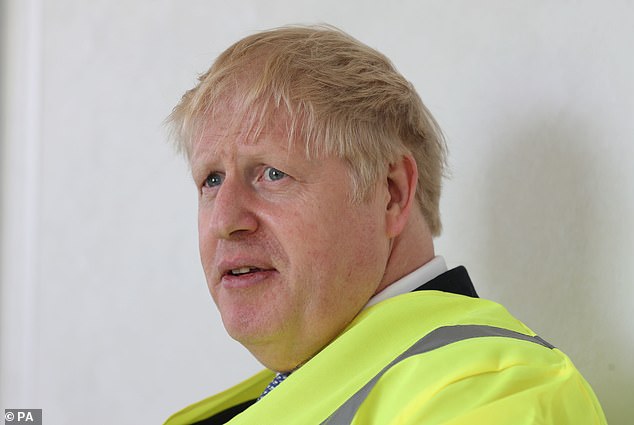 Boris has been to the barber! PM shows off a drastically shorter style as he reveals he headed to a pub near Chequers for an evening drink on ‘Super Saturday’ and claims people ‘overwhelmingly’ followed social distancing rules as bars reopened

Boris Johnson today showed off his new sleeker hairstyle and revealed he went for a pint at a pub near Chequers on ‘Super Saturday’ as he insisted he believes people have ‘overwhelmingly’ followed social distancing rules at reopened bars.

The Prime Minister has taken advantage of restrictions being lifted to get his increasingly wild hair tamed.

He modelled a much smarter look as he visited a construction site in Yorkshire this afternoon.

The trim came after Mr Johnson complained last week that his hair was starting to form ‘dreadlocks’ after months of neglect. 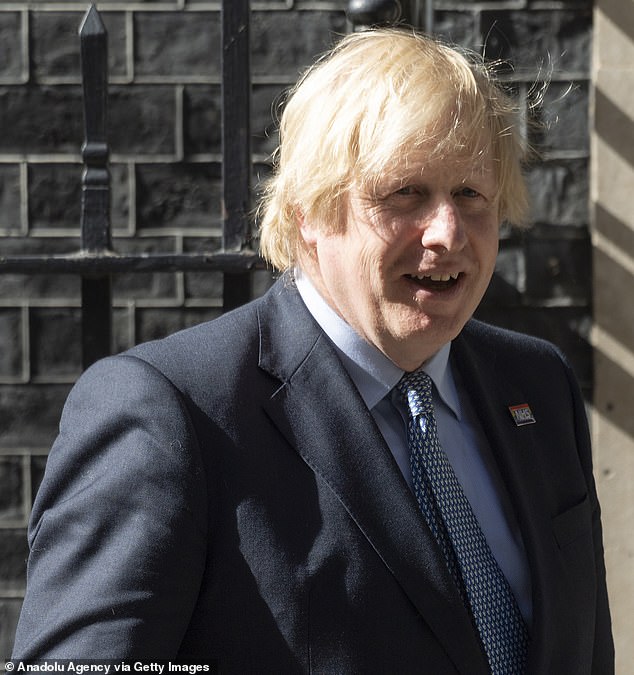 He was still sporting his shaggier style last night when he joined a round of applause in Downing Street to mark the 72 year anniversary of the creation of the NHS.

But the fluffy look had disappeared by the time he toured the Siemens Rail factory site in Goole today.

Downing Street said that as well as getting a trim over the weekend, Mr Johnson also went for a drink at a pub near his Chequers country retreat in Buckinghamshire.

Pubs, restaurants and hairdressers were allowed to reopen in England on Saturday for the first time since March.

Photographs and video footage suggested that many people had failed to follow social distancing rules as they took advantage of premises welcoming back customers.

But Mr Johnson said this afternoon he believes people had ‘overwhelmingly’ adhered to social distancing requirements.

Asked during today’s visit to Goole if alcohol and social distancing cannot mix, the Prime Minister said: ‘I think they can mix if people are sensible.

‘Actually my evidence I’ve seen is yes there have been some places where people have been imprudent and you can see there’s been some people who have been getting it wrong.

‘But actually overwhelmingly over the weekend I think the people of this country did the right thing. 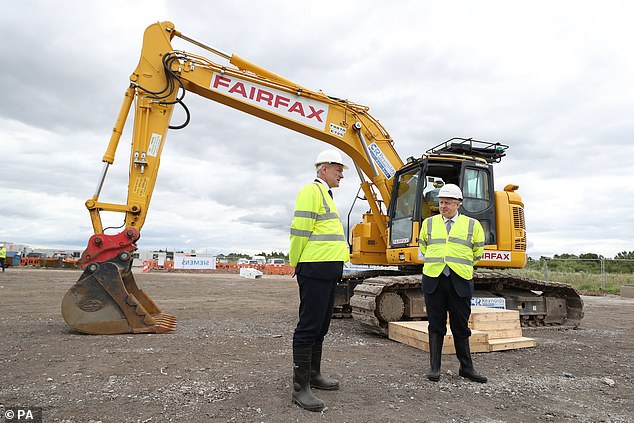 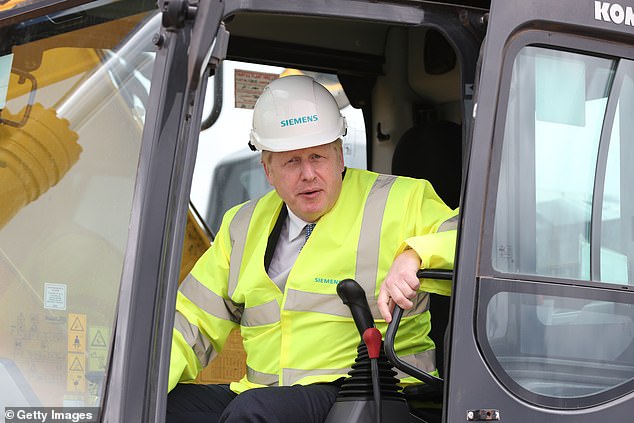 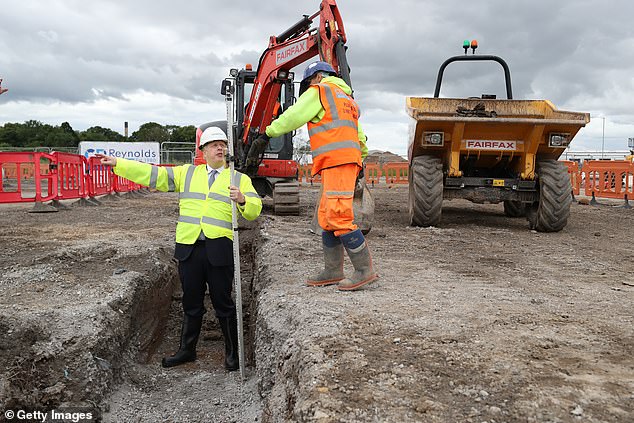 The Prime Minister’s Official Spokesman had earlier said that police forces had actually reported a ‘quieter than expected’ night on Saturday after fears of people over-indulging after months of lockdown.

The spokesman said: ‘I think far and away the vast majority of people acted in a safe, sensible and responsible manner and as I understand it many police forces across England reported a quieter than expected evening with few arrests.

‘We would urge people not to overdo it. This was a cautious step towards opening more of our economy and it does look like the vast majority of people acted in a sensible and responsible way.’

Asked whether Mr Johnson was concerned about the busy scenes seen in some places like Soho in central London, the spokesman added: ‘As I say, overall people did act in a responsible way.

‘There were a small number of individual incidents but my understanding is that numerous police forces reported a quieter than expected weekend.’

Downing Street also said Mr Johnson believed the changes made to social distancing rules – from two metres to one metre plus – had worked in allowing much of the hospitality sector to reopen.

‘I think you’ve seen images up and down the country of the lengths which restaurants, cafes, pubs all went to to ensure their customers could enjoy a drink or a meal in a Covid-secure way,’ the spokesman said.

‘And, as I said, in the overwhelming number of cases, the public – aided by the advice – behaved responsibly.’

Mr Johnson, 56, had told the Evening Standard last week that he intended to have his hair cut ‘as soon as I can’.

‘I’m starting to get dreadlocks at the back,’ he said. ‘I will be having a haircut as soon as I can. It’s booked.’