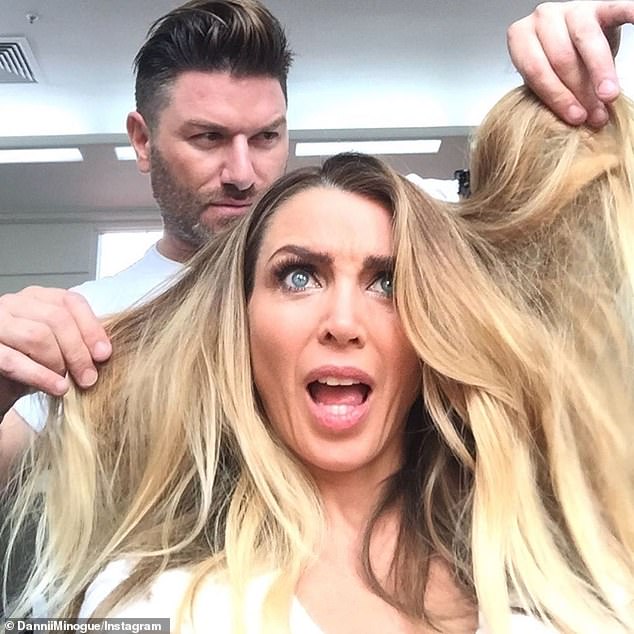 One rule for them? Dannii Minogue AVOIDS hotel quarantine after flying back to Australia from COVID-19 hotspot

While most travellers returning from overseas have been put into hotel quarantine, it’s been revealed Dannii Minogue was given an exception.

According to a report by 7NEWS on Monday, the 48-year-old singer and her 10-year-old son, Ethan, were granted an exception on medical grounds.

Dannii and Ethan are reportedly quarantining at a private property on the Gold Coast after recently returning from the United States of America.

The pair will spend 14 days at the private home, instead of the usual 14-day stay at a hotel for returning travellers.

The Queensland government granted the pair special permission, after they returned from the US during the weekend.

According to 7NEWS, Dannii and Ethan went straight to the property after leaving the airport, and will remain there for the duration of the 14-day quarantine.

The exemption was given after Dannii presented a letter from her doctor.

No one is allowed to visit the property, and she and her son won’t be allowed to leave.

The Masked Singer judge has also agreed to be tested for the virus multiple times during her quarantine.

Unlike other returning travellers, Dannii won’t have to pay the $2800 hotel quarantine bill.

‘While we cannot comment on individuals, Queensland Heath has strong arrangements in place whether people are quarantining inside or outside hotels,’ a Queensland government spokesperson told 7NEWS.

Daily Mail Australia has reached out to Dannii’s representatives for comment.

At home: While most travellers returning from overseas have been put into hotel quarantine, it’s been revealed Dannii Minogue was given an exception