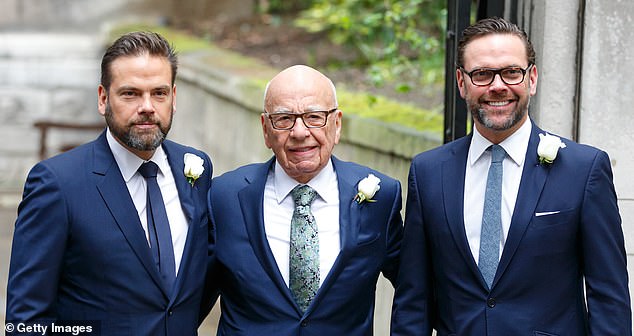 Did Rupert Murdoch’s son quit his media empire because it isn’t woke enough? ‘Liberal of the family’ James steps down after he and his environmentalist wife grew disillusioned with company’s coverage

By Chris Hastings, Arts Correspondent For The Mail On Sunday

James Murdoch sensationally quit the board of his family’s News Corporation media empire following a series of behind-the-scenes rows over the company’s political stance – especially on climate change.

James, a father-of-three who is regarded as ‘the liberal of the Murdoch family’, cited editorial disagreements in his bombshell resignation letter, which ran to just two paragraphs.

In it, he wrote: ‘My resignation is due to disagreements over certain editorial content published by the Company’s news outlets and certain other strategic decisions.’

The 47-year-old, who has held senior positions in several of his father’s companies, was once seen as the favourite to take over News Corporation.

James Murdoch sensationally quit the board of his family’s News Corporation media empire following a series of behind-the-scenes rows over the company’s political stance. Pictured: James (right) and Lachlan Murdoch with their father Rupert

But he is understood to have grown disillusioned with the conservative views championed by many of its newspaper titles, as well as by Fox News – which is also owned by his father as part of a separate corporation.

He and his wife Kathryn – an environmental campaigner – have been particularly annoyed at the company’s coverage of bushfires in Australia over the past two years.

Though James recently pocketed $2billion (£1.5billion) when his father Rupert sold off large parts of the business to Disney, it is unclear what his business plans are.

His other interests include Tesla, the electric car firm founded by Elon Musk, where he has been a non-executive director since 2017. 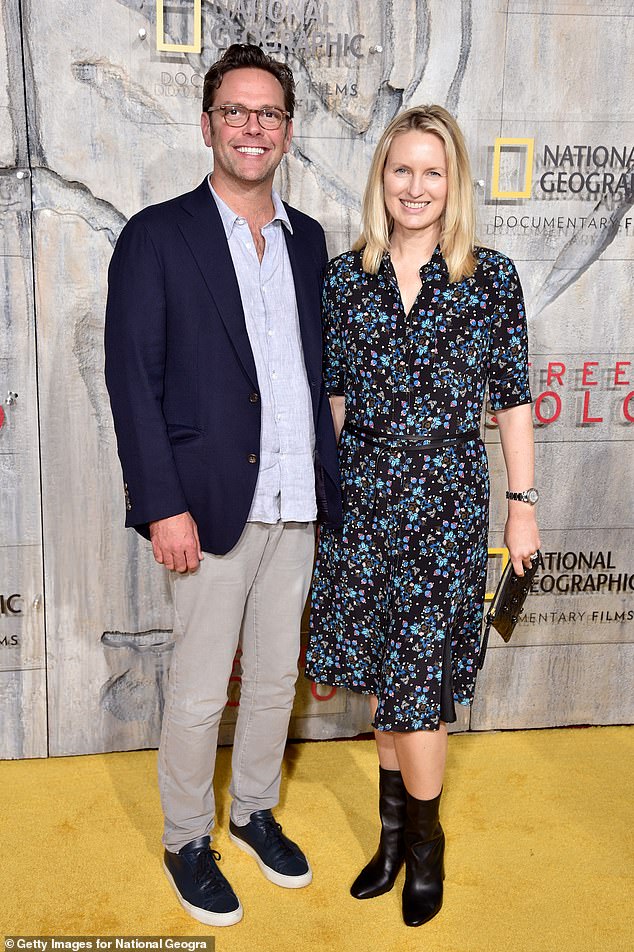 But Andrew Neil, previously one of Murdoch Sr’s key lieutenants, said the idea of James being a success on his own terms was ‘farfetched’.

Last night, the former editor of The Sunday Times told The Mail on Sunday: ‘James was always the liberal of the family with a small “l”. 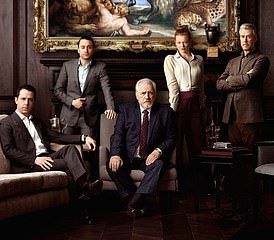 As members of the world’s most famous media dynasty, the Murdochs have long been used to life in the public spotlight.

More recently, however, the family has had to get used to a whole new level of scrutiny thanks to the runaway success of TV drama Succession.

The HBO series charts the exploits of fictitious media tycoon Logan Roy and his attempts to protect his Waystar Royco empire from both his business rivals and his squabbling children.

One of Logan’s primary concerns is which one of his four children will take over the empire once he is no longer fit to carry on. The drama, which stars Brian Cox as Logan, is a work of fiction but the show’s writers appear to have been inspired by the Murdoch family.

There are similarities between the Roy children and the Murdoch offspring. Observers have noted that Kendall – the second son, just like James – is Logan’s presumed heir apparent. But he has struggled to prove himself to his father and has been involved in several business disasters.

Asked if he had ever watched the series, James Murdoch said: ‘Not even a peek, why would I?’ The series has been lauded by critics and is up for 18 Emmys. It appears to have influenced the recent BBC documentary about the Murdochs.

Fans noted the use of home movie footage, theme music and even the topics it covered had echoes of Succession.

In fact, he was liberal by Murdoch standards, which doesn’t mean he was very liberal in general.

‘When I knew him, when he was a teenager, he was the one with the long hair while his brother Lachlan had one of these US Marine Corps buzz cuts, and at one stage he even had an earring in one of his ears – which passes for rebellion in the Murdoch family.’

He added: ‘So he has always been a liberal and his wife and her friends are all incredibly woke so that has encouraged them down that road. Now he has got two billion in the bank, every dollar of which he owes entirely to his father, he probably feels he has got enough money to say what he wants.’

He said: ‘It’s interesting that he is only that wealthy because of the businesses his father built. Now he has decided to turn against the opinions these businesses represented but he is not handing back the money… I don’t think he will do anything.

‘James has got the money and he has decided to have different opinions from his brother and his father, which is fine. But every proper job he has ever had is because his name is Murdoch. The idea he will go anywhere or do anything is pretty far-fetched.’

Nonetheless, James is something of a survivor. He was executive chairman of News International when the firm was rocked by the phone hacking scandal which led to the News of the World’s closure.

He bounced back when his father appointed him as chief executive of 21st Century Fox in 2015, but sources say James has effectively been sidelined ever since the Disney sale.

James told one interviewer: ‘There is plenty of stuff on Fox News that I disagree with. I am not involved with the Fox Corp business. My brother [Lachlan] and my father run that and they are off doing their own thing.’

Earlier this year, James and his wife issued a statement in which they criticised the Murdoch-owned media in Australia for not facing up to the challenge of climate change.

While scientists insisted climate change has been a key factor in the extent of the fires, the newspapers’ editorial line broadly maintained that the blazes were no worse than in previous decades. In 2017, the couple purchased a 450-acre retreat north of Vancouver in Canada which boasts a hot spring and a river which can be used to generate electricity.

James has laughed off reports he bought it as some kind of survivalist bunker.