When is a novel not a novel? If you need an answer to this question, don’t, whatever you do, ask Martin Amis or you’ll never hear an end to it. 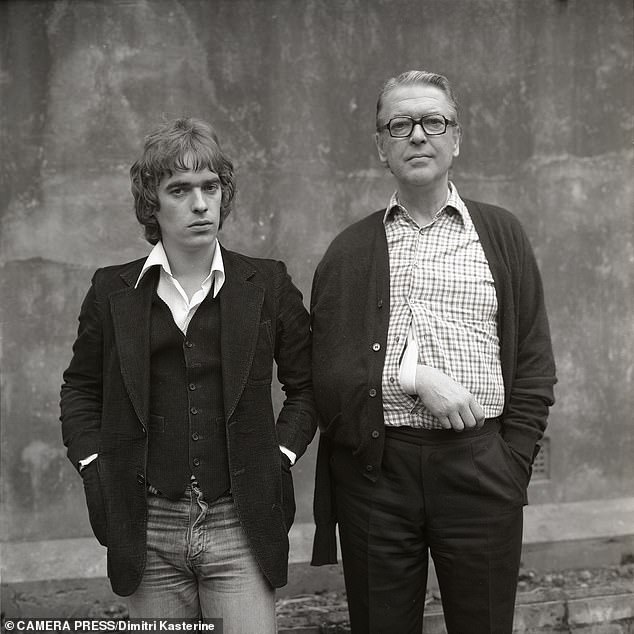 Martin Amis with his father Kingsley in 1975. Inside Story is basically a disordered rag-bag of autobiographical leftovers

He describes Inside Story as a novel on the cover and again on the title page, but then he won’t let the matter rest. On page 30 he says: ‘This novel, the present novel, is not loosely but fairly strictly autobiographical.’ On page 83 he calls it ‘a novelised autobiography’. On page 328 he declares: ‘The book in your hands calls itself a novel – and it is a novel, I maintain.’

Irritatingly, he changes some names, but not others. Swanky literary names – Philip Larkin, Salman Rushdie, Saul Bellow etc, etc – are left intact, though he gives fake names to his children and his siblings. ‘Myfanwy, my little sister, would drink herself to death,’ he writes at one point, even though his sister’s name was really Sally. His father and mother are allowed to keep their real names, and so are one or two of his better-known girlfriends, yet he calls his wife by her second name, and many other women by faintly comical names like Phoebe Phelps.

The young Martin Amis reportedly read nothing but comics until his stepmother introduced him to the works of Jane Austen.

Inside Story is basically a disordered rag-bag of autobiographical leftovers, but, like an angler on a bad day, Amis has chucked in some tall stories in a bid to make it more interesting. In a showbiz or political memoir, this would be called fraudulent, but Martin Amis is a literary grandee, so his publishers are pleased to call it ‘exuberant’.

In a chapter called ‘Phoebe: The Business’, Amis describes a crazy girlfriend from his youth, seven years his senior. As a writer, he seldom picks just one adjective when he has eight to hand. But the more of them he piles on, the less authentic it all seems. ‘In bed… she was both busy and businesslike, energetic, unsqueamish, shockingly inventive and at the same time curiously detached, conscientious, even painstaking…’ He maintains that he went out with Phoebe for five years, that she had been molested in her childhood by a Catholic priest and that she had worked as an escort. After some years, Phoebe claimed – or he claims she claimed – that Martin’s novelist father Kingsley once ‘made a verbal pass at her for half an hour’. Though she ‘was quite tempted’, she said no, at which point Kingsley replied: ‘D’you think I’d be talking to you like this if I were Martin’s father?’

Martin then claims that Phoebe claimed that Kingsley claimed – bear with me – that Martin’s real father was Kingsley’s best friend Philip Larkin, and that Kingsley had subsequently sworn Phoebe to secrecy. Just fancy that! Of course, the story is clearly cock and bull. For a start, Martin looked just like Kingsley, and nothing like Larkin. Nevertheless, for the next 300 pages or so Martin pretends that the possibility tormented him. The charade eventually comes to an end in a footnote on page 339, when he declares that there was not a word of truth in it, and that the ‘possibility is hereby dismissed’. 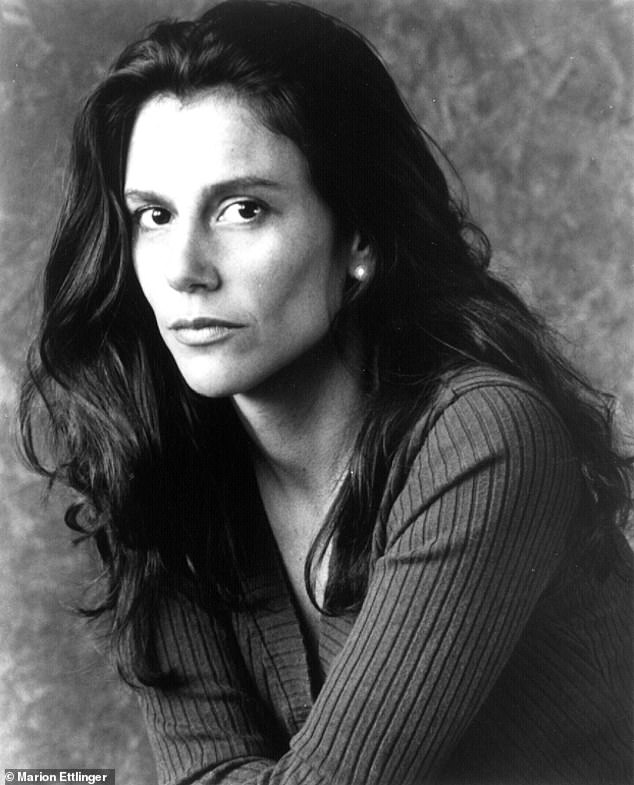 Martin Amis’s wife, Isabel Fonseca. As a writer, Amis seldom picks just one adjective when he has eight to hand. But the more of them he piles on, the less authentic it all seems

Well, as mysteries go, it is hardly on a level with Sherlock Holmes, or even Miss Marple. But, along the way, Martin is happy to fill the pages with lascivious descriptions of his other sexual partners, or ‘chicks’ as he prefers to call them, among them Germaine Greer (‘unwaveringly kind and gentle’) and his present wife Isabel, renamed Elena (‘Behold the moist brown flesh, the graceful power of the legs, the thick black hair wet and gleaming. Her figure, by the way, had been variously described in print as “hourglass” and “pneumatic”.’). In a footnote on page 311 he boasts of how wonderfully cosmopolitan his choice of women was. ‘I was an internationalist, too, courting a Ceylonese, an Iranian, a Pakistani, three West Indians and a mixed-race South African.’ The last time I read this sort of thing was in the autobiography of Max Clifford.

On the first page, Inside Story is subtitled ‘How To Write’, and, every now and then, he drops in a how-to lecture, with tips on everything from when to use the word ‘whom’, to the need to avoid descriptions of dreams.

Are these ‘How To Write’ passages a spoof? With comical long-windedness, he calls for precision. He begins chapters with tweedy commands to ‘Let us stand back for a moment’ and reminders to ‘pause, take stock, and get our bearings’. Sitting down with the esteemed novelist Saul Bellow, he informs us that ‘Whereas Saul’s tea was enliveningly laced with a slice of lemon, mine was qualified with milk – with the milk of concord’. Are his publishers paying him by the word?

In another lesson he declares war on cliché. ‘Never use a form of words which is in any sense ready made. A form of words like stifling heat or biting cold or healthy scepticism or yawning gap.’ But two pages on, there he is, using the cliché ‘unsung heroism’. Elsewhere we read of a ‘learning experience’, and ‘bare outlines’ and of the ‘late, lamented’ historian Tony Judt. In one and the same sentence he also describes both the sea and Saul Bellow as ‘a force of nature’.

More frequently, he gets himself into ridiculous contortions in order to avoid cliché. In Amisland, cars in Manhattan are not just cars but ‘the metal beasts of the road: barbarously impatient, subhumanly short-fused, squirming and jostling to find their place in the Gold Rush’. Similarly, traffic lights don’t just show red, amber and green but ‘the lime, the gold, the rose’.

His compulsion to pick the clever word over the right word reaches its apogee in a chapter on the horrors of 9/11. ‘You wanted to avert your eyes from the helpless nudity of the air,’ he writes, and, even worse: ‘An act of terrorism fills the mind as thoroughly as a triggered airbag smothers a driver.’ This image is triply inappropriate, as, unlike an act of terrorism, an airbag is i) temporary, and ii) life-saving, and iii) doesn’t smother drivers.

In one of his ‘How To Write’ interludes Amis brags about keeping The Concise Oxford Dictionary on his desk alongside a thesaurus, ‘and I often spend 20 minutes going from one to the other, making sure that the word I’m tracking down still passes the test of precision’. How, then, did he end up picking the verb ‘smother’, with its principal definition in my Concise Oxford Dictionary as to ‘suffocate by covering the nose and mouth’?

Again, he claims to ‘spend a large fraction of my working day saying whole sentences again and again in my head’, just to ensure they sound right. If this is the case, how did he manage to compose so many ungainly sentences? ‘As you compose and then revise a sentence,’ he suggests, ‘repeat it in your head (or out loud) until your ear ceases to be dissatisfied – until your tuning fork is still.’

Many pages are given over to his close friendship with the journalist Christopher ‘The Hitch’ Hitchens. The two of them seem to have spent an awful lot of time in blokeish discussions about ‘chicks’.

Whereas The Hitch thought Martin ‘a right little slag… if you’ll forgive me for saying so’, Martin notes, in his archly Victorian manner: ‘In general, Christopher chose not to avail himself of the new carnal freedoms of his era.’

Oh, dear. Elsewhere in the book he delights in writing off the accomplishments of much greater writers, such as Graham Greene. ‘It became quite clear to me that Greene could hardly hold a pen,’ he writes on page nine. If this is the best he can do, how will he himself be remembered 50 years from now?