American Noah Lyles smashes Usain Bolt’s 200m record – before being told he had only run 185m in a mix-up over using the right STARTING LINE… with commentator Steve Cram left laughing in disbelief!

By Adam Shergold for MailOnline

American sprinter Noah Lyles briefly appeared to have broken Usain Bolt’s world record for the 200 metres – only to discover bungling organisers had started his run from the wrong place.

Lyles put in what looked like a sensational run timed at 18.91 seconds at the Inspiration Games in Florida, a time that would have smashed the 19.19-second best set by Jamaican star Bolt back in 2009.

But given that Lyles’ fastest time previously had only been 19.50, and he was running into a headwind, questions were immediately asked, not least by the runner himself who looked perplexed at the finish line. 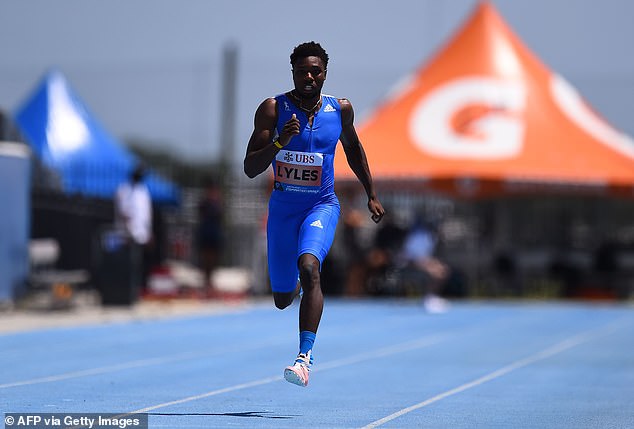 World champion Lyles, running on his own in Florida but simultaneously with other athletes in Europe, appeared to have smashed Usain Bolt’s world record

And it transpired a few minutes later that Lyles had started from the wrong line marked on the track and had only run 185 metres instead of 200.

‘You can’t be playing with my emotions like this… got me in the wrong line smh [shaking my head],’ Lyles tweeted afterwards.

The mix-up will come as a major embarrassment to organisers of the Inspiration Games, who had arranged for three sprinters to run the 200m simultaneously in different locations with athletes currently unable to compete together because of Covid-19.

Lyles reacted on Twitter afterwards, expressing his disbelieve at the starting line mix-up 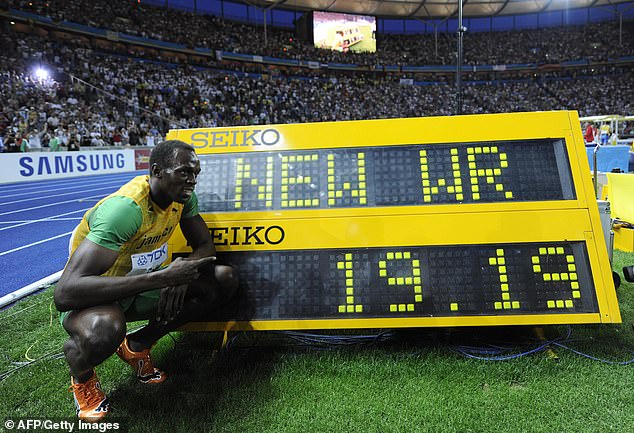 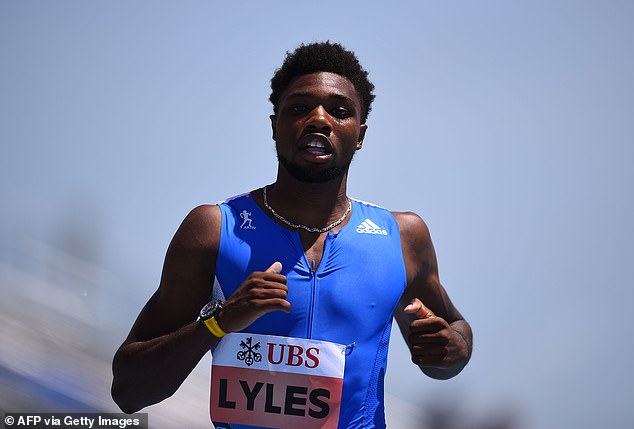 Lyles crosses the finish line at the IMG Academy in Bradenton, Florida during the 200m race 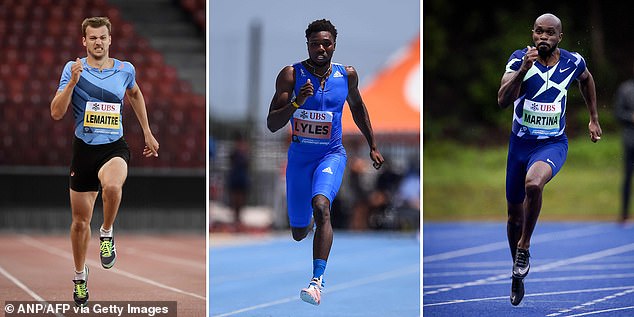 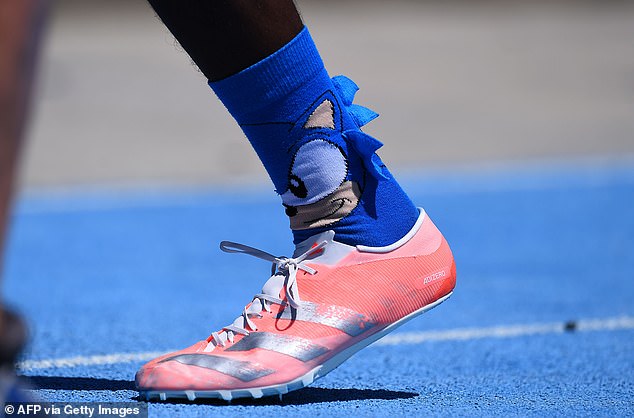 The start guns were fired at the same time but world champion Lyles, running in Florida, appeared to round the bend of the track much quicker than his competitors Christophe Lemaitre and Churandy Martina, running in Switzerland and Holland respectively.

And Lyles crossed the finish line some way ahead, placing his hands on his head in disbelief before the unwelcome news of the starting block mix-up broke.

To compound matters, Lyles’ time was then removed from the race results and the £7,930 ($10,000) prize awarded to Lemaitre instead. 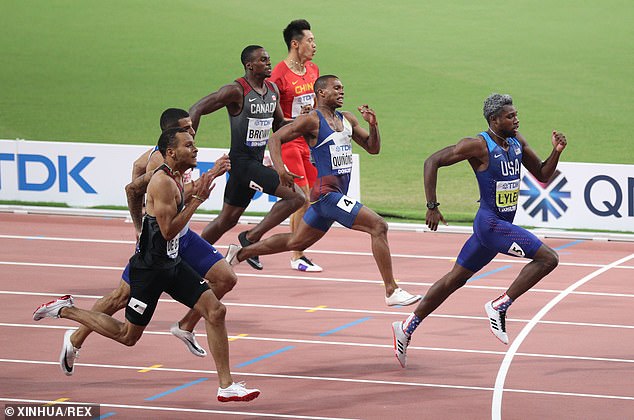 Lyles, who hails from Florida, took gold in the 200m at last year’s World Championships 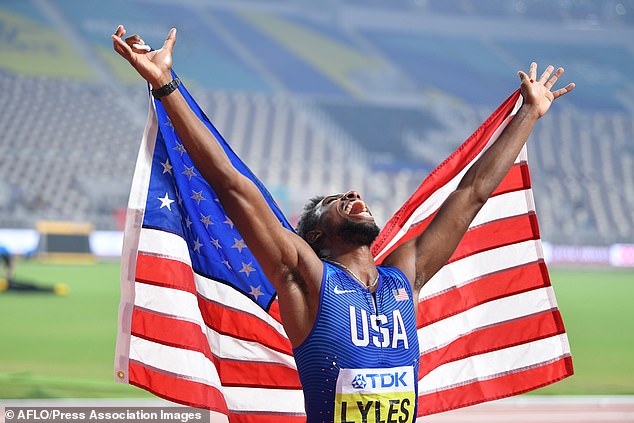 Reaction on social media was humorous, with Twitter users pointed out at least Lyles can now claim to be the 185m world record holder.

But others asked why he didn’t realise the start line was incorrect having ran thousands of 200 metre races in his life.