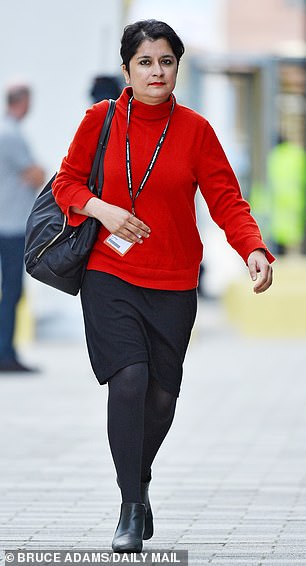 By Andrew Pierce for the Daily Mail

If the producers of BBC2’s Politics Live were looking to set up a bruising exchange over anti-Semitism in the Labour Party last week, they certainly chose the right protagonists.

In the red corner was Baroness Shami Chakrabarti, the author of a 2016 report which cleared the party of having any problem with anti-Semitism, a finding that was followed by an offer of a peerage from party leader Jeremy Corbyn just a month later.

And in the blue corner was Tom Tugendhat, the Tory chairman of the Commons foreign affairs committee — and he was in lacerating form.

‘She only got the peerage because she covered up anti-Semitism in the Labour Party,’ he thundered, prompting heated denials from Chakrabarti.

These would have carried more weight if she had taken part in a Lords debate the next day on anti-Semitism in British universities.

Who knows why she wasn’t there on that occasion? But we do know that she has an abysmal record when it comes to attending debates on anti-Semitism.

Of the four held by the Lords since her report appeared, she has attended precisely none.

How Maggie bowled Biden over 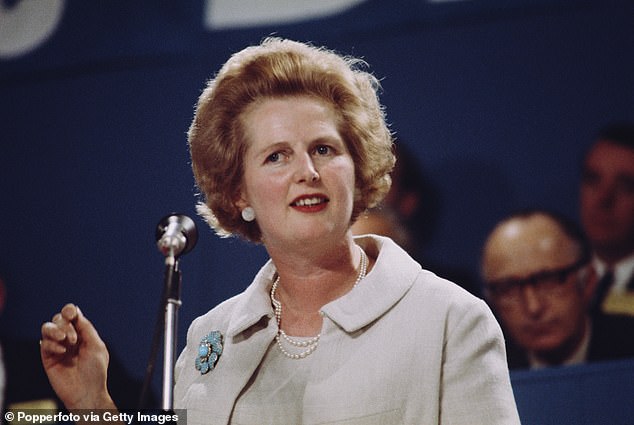 The newly installed President Biden is fond of telling the tale of when he saw Mrs Thatcher at her formidable best in the run-up to the Falklands War in 1982.

The PM was in Washington to drum up international support for the taskforce and buttonholed leading Republican Senator Jesse Helms.

‘I had never seen anything like it in 30 years. She melted Jesse’s heart.’

Lord Fowler, the Speaker in the Lords, is irritated by the ‘frivolity of a Freedom of Information request on how much public money is spent on biscuits in the Upper House.

‘Not just total expenditure but figures broken down into spending on different types of biscuits, from Jaffa cakes to custard creams,’ he complained exasperatedly. Newly ennobled former Spectator editor Charles Moore disagrees: ‘I am strongly interested in who spends how much public money on what biscuits. I would much rather work with someone who ordered plain digestives or ginger nuts than with devotees of custard creams.’ Presumably he thinks the latter might be prone to hobnobbing for the sake of it.

Seventy years ago this month, the novel A Question Of Upbringing introduced readers to the monstrous figure of Kenneth Widmerpool.

He begins Anthony Powell’s 12-book series A Dance To The Music Of Time as an unpopular schoolboy but ends up in the House of Lords.

Grilling record label fat-cats at the Culture select committee, Tory MP Steve Brine disclosed a passion for the outlandish ‘hair metal’ rock genre. ‘As a lad, I would buy the latest Poison album in Guildford and listen to Every Rose Has Its Thorn over and over.’

Warner Music CEO Tony Harlow sensed a chance to curry political favour: ‘I worked in Guildford Our Price; it was probably me who sold you the record.’

There’s an amusing comment below a post on Twitter about genial former MP Ed Vaizey: ‘[He] was the only Tory culture minister who knew anything about culture. He voted against No Deal too, and lost the whip for it. But then he sucked up to old mates Bojo, Gove and Carrie, and was made a Lord.’

‘A very succinct and accurate biography of yours truly,’ replied Lord Vaizey of Didcot.