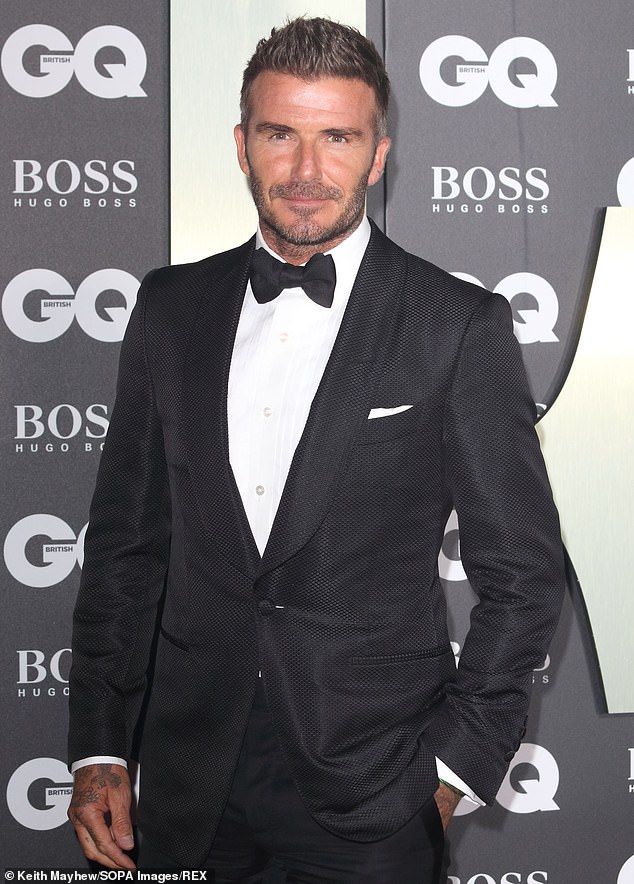 News that David Beckham was suggested for a Sports Minister job has caused much hilarity across the land — but unease in the offices of Whitehall.

It has given beleaguered ministers, whose positions are precarious at the best of times, something else to worry about. Something BIG to worry about.

Something bigger than the pandemic, Brexit and the impending financial storm. What might that be? Their own jobs, of course.

Look at them! Frowns creasing their damp brows. Fingers trembling as they reach for the phone to take the Prime Minister’s call.

A sickly feeling that their own little oar on the great ship of power might slip out of their oily grasp at any moment.

For the fact that the one-time Chancellor George Osborne was seriously considering making Beckham a minister of State and installing him in the Houses of Parliament as a means of boosting the Government’s popularity strikes an ominous note.

If politics is showbusiness for ugly people, as the saying goes, what happens when the beautiful people move in and start to take over?

What grotty little minister with dandruff and an M&S suit stands a chance against the starry firepower of Angelina Jolie or Sting?

America has already elected a celebrity reality show host as its president — and that went well, didn’t it?

Will this encourage more of our favourite egomaniacs to make a move on Westminster?

I decided to pick my own Cabinet of Celebrities, a showcase of stars who have swapped the West End for Westminster.

Why was Becks even considered, I thought initially. It was a bit of a mystery to me. So maybe he was the most popular footballer of his generation, but no one ever dreamed of putting Gazza or Nobby Stiles in charge of a pencil sharpener, let alone a governmental department, did they?

When one incredulous aide was told of Osborne’s brainwave, he said: ‘It’s the morning of the reshuffle. Do you seriously want me to ring up Beckham and say: “Hey, mate, fancy being sports minister?” ’

Apparently Osborne did. And, on reflection, I’m going to be a good sport and include Goldenballs in my cabinet.

‘We’re definitely going to get Brooklyn christened, but we don’t know into what religion,’ he said, when his first child was born. Bless him!

It is no secret that I have wanted Daniel at the head of my army for many years.

The former 007 agent (right) may be retiring from the secret service, but who better to be in charge of the defence of the realm in these troubled times?

His previous boss was Dame Judi Dench, who went to the trouble of ringing me up to recommend 007 for the job, praising his ‘commitment and flexibility, even when off duty.’

I had to tell the old girl to stop pestering the Downing Street switchboard and perhaps take a cold shower.

With Daniel by my side, we will work together for a secure and prosperous United Kingdom with global reach and influence.

We will work together with allies in the national interest.

And I am pleased to announce that Mr Craig has exclusively agreed to be in my social bubble for the next 20 years. Next. 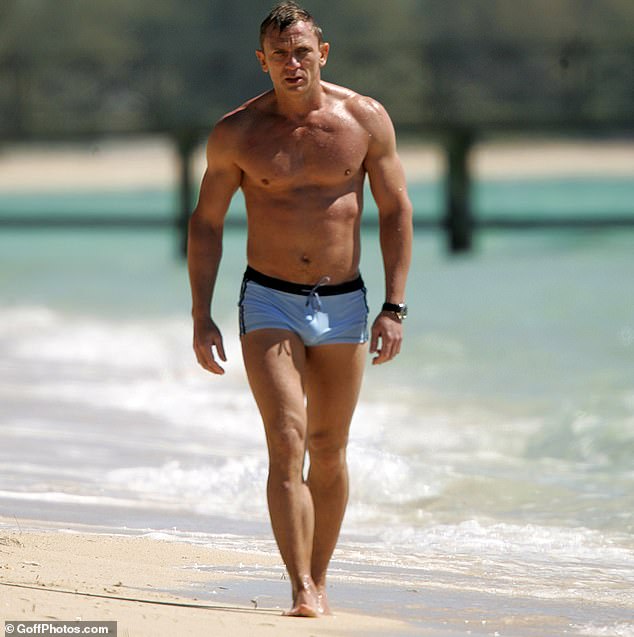 The former 007 agent Daniel Craig (pictured) may be retiring from the secret service, but who better to be in charge of the defence of the realm in these troubled times?

Mother of God. Who else could it be but Ted, the incorruptible policeman at the head of AC-10?

As played by Adrian Dunbar in the BBC’s Line Of Duty, he deserves a promotion to the top job because no one would dare to pervert the course of justice with him around.

‘My officers conduct themselves to the letter of the law, sir, the letter!’ he will cry.

He is the moral core and beating heart of the entire country, but also determined to make us all march down the path of righteousness.

If the Civil Service were upset by Priti Patel shouting at them for being useless, they ain’t seen nothing yet. 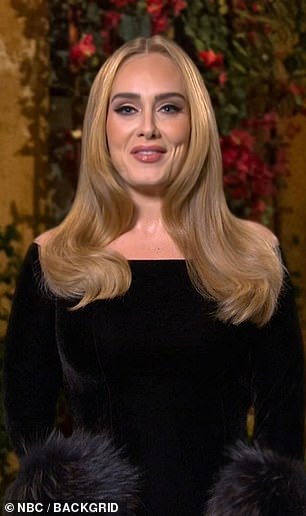 Notorious gossiper, loyal friend, thrower of Titanic-themed birthday parties? Adele (pictured) would be perfect for the Duchy of Lancaster

The Duchy of Lancaster — Adele

My consigliere. My enforcer. My eyes and ears in the corridors of power. If I am going to be rolling in the deep doo doo at Westminster, I want Adele by my side.

Notorious gossiper, loyal friend, thrower of Titanic-themed birthday parties? She is perfect in every way.

‘Be brave and fearless enough to know that even if you do make a wrong decision, you’re making it for good reason,’ she says.

That attitude will come in handy. ‘I’m ballsy. I have guts. I’m not afraid of anyone. I think that’s what makes me feel powerful,’ she says.

Not something you ever hear from Michael Gove.

The thing is, Bill Nighy really should be Foreign Secretary. In any government run by me, he would be the first appointment.

The 70-year-old actor has the languid, patrician air, the Margaret Howell suits, the spectacles and the chic but formal style that ought to be mandatory in such a high-profile, international position.

‘I find it hard to relax around any man who’s got the second button on his shirt undone,’ he once said. ‘If you ever see me in a social setting wearing any sort of sportswear, then you know I’m in crisis.’

That’s the spirit! Bill, if I may be so bold, also has that middle-distance gaze that can be usefully deployed when the Greeks come a-calling, demanding the return of their marbles. Recent Foreign Secretaries have been a terrible disappointment. Dominic Raab, Boris, Philip Hammond? It’s like sending the Three Stooges out to meet and greet Cleopatra.

Time for a bit of class on the international scene, please.

Oh matron! When Jeremy Hunt, the most capable Health Secretary of recent times, is left on the sidelines during a pandemic, we really are deep into Carry On territory.

That is why capable, efficient Matron Hattie Jacques (below) is my choice. She is organised, formidable and unlike some health secretaries I could mention, knows one end of a syringe from another.

‘Expect a little prick,’ as she says in Carry On Matron, ‘and it won’t hurt a bit.’ Indeed.

Hattie knows how to deal with healthcare staff who won’t agree to her demands. Like Dr Tinkle (Kenneth Williams) who tried to repel her romantic overtures in Carry On Doctor. ‘You may not know this, matron, but I was once a weak man,’ he cried.

‘Well, once a week is enough for any man,’ said Matron Hattie, from the depths of her battleship- sized negligee.

Trigonometry and not economics is Mr Bean’s speciality, but when has not knowing anything about finance ever stopped anyone from being Chancellor?

In addition, Mr Bean doesn’t know how the world works, thinks his teddy is real, once accidentally head-butted the Queen and has a calculator built into his watch. Could he be more perfect? 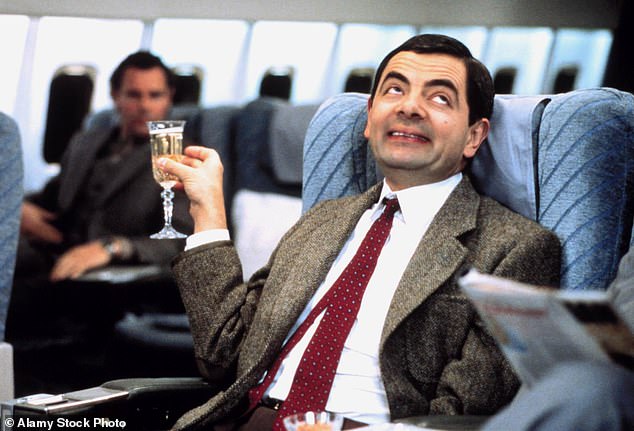 Mr Bean doesn’t know how the world works, once accidentally head-butted the Queen and has calculator built into his watch. Could he be more perfect for the role of Chancellor?

Consider his other attributes.

He doesn’t talk much, which means that when questioned about reducing the Foreign Aid budget, he can always claim: ‘I never said that I never said I wouldn’t.’

Ditto continuing to give away billions to lost causes.

My man here is interior designer and socialite Nicky Haslam.

To be honest, he’s not much interested in local government and his idea of a good community is a party on Mustique, but he does know about housing — the grander the better.

‘Walls should be the colour of Elastoplast,’ is one of his beliefs. ‘Some places cry out to be given the flower-bower treatment, while others say “Get outta here”,’ is another.

In the past, Nicky has advised citizens: ‘If you want to get staggeringly drunk, try topping up your champagne cocktail with a slug of vodka.’

No Nicky, we’re talking about Westminster, here. We’re talking the big time. ‘Old bean, I don’t know anything about politics. I thought Defra was one of The Corrs.’

Millions will be shocked to discover she does not, in fact, hold a position of high political office. Including Lorraine herself. It’s time she came in from the cold and learned to legislate instead of pontificate.

Catherine may have left the valleys for Hollywood, but I believe she would give it all up for the chance to get to grips with issues such as the underfunding of Welsh railways, the export of Caerphilly cheese to the EU and why there is never enough Welsh representation on Strictly. 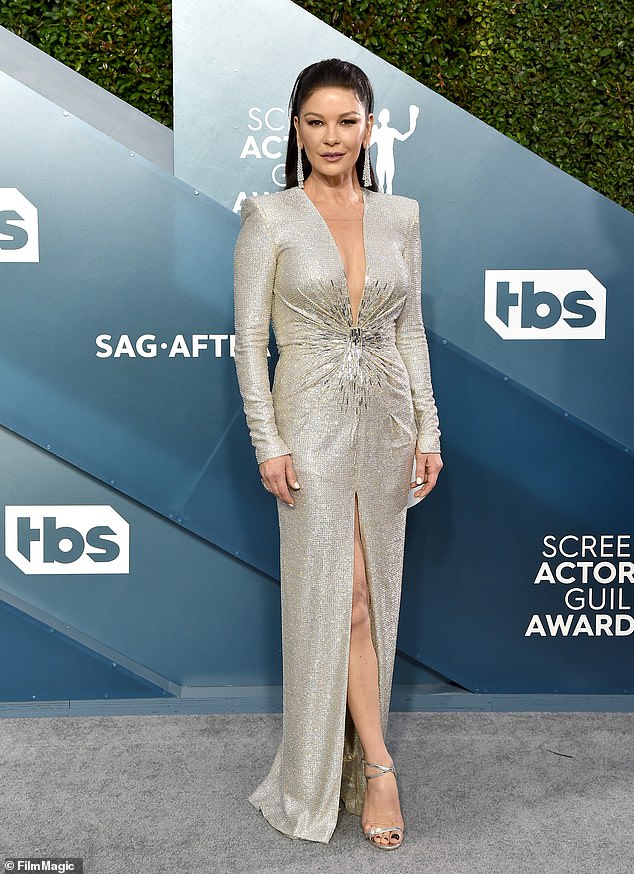 Who better than Eamonn Holmes to storm round Stormont like a bear with a sore paw? Eamonn is furious after losing his job on ITV’s This Morning. After the brutal politics of daytime TV, this will be a piece of cake.

Naturally, I wanted Judge Rinder, our home-grown dispenser of justice and killer bon mots. However, the gender balance of the Cabinet suggests I need more women, so here comes Judy instead.

She’s American, of course. (Bill will have to sort out her visa.) She’d make short shrift of the problems in our courts and the meddlesome likes of Lady Hale.

‘Don’t pee on my leg and tell me it is raining,’ is one of her famous responses that could be fortuitously deployed here.

Next year, funding for the criminal justice system will increase by more than £1 billion and there is no doubt Judy would juggle the funds judiciously.

Knowing me Alan Partridge, knowing you, Prime Minister. Alan is the man for the job, for what failed broadcaster has not dreamed of such high office? Some, such as Robert Kilroy-Silk, Martin Bell and Gyles Brandreth — oh holy trinity of affable bovinity! — almost achieved it.

Alan is living the dream at Environment, Food and Rural Affairs — for he is an expert on all these subjects. He’s got a caravan, owns a giant breakfast buffet plate and will have as many rural affairs as the Holkham Women’s Allotment Society will allow.

Other appointments include Idris Elba as Work and Pensions secretary, to give us all something to look forward to, and Peppa Pig as Education Secretary because she’s good at making a mess of things and telling porkies.

All five of them are success stories who can boast of lived experience and years of expertise in their chosen fields.

How many of the current cabinet can claim the same thing? I know. Not exactly a comforting thought, as we hurtle towards the abyss.