Cocooned with her big brother, Billie Eilish clearly feels safe: Her lyrics in Happier Than Ever are open-hearted and sharp-eyed

Today’s pop stars tend to be either old or very young. In 2019, as she turned 18, Billie Eilish had the fourth-best-selling UK album of the year, When We Fall Asleep, Where Do We Go?

In 2020 she did it again (with the same album). This year’s biggest seller so far was made by Olivia Rodrigo, who’s 18. Eilish is the old kid on the block.

And she knows it. ‘I’m getting older,’ she murmurs in the opening line of her second album. ‘I think,’ she adds, ‘I’m ageing well.’ It’s a joke with more than a grain of truth. 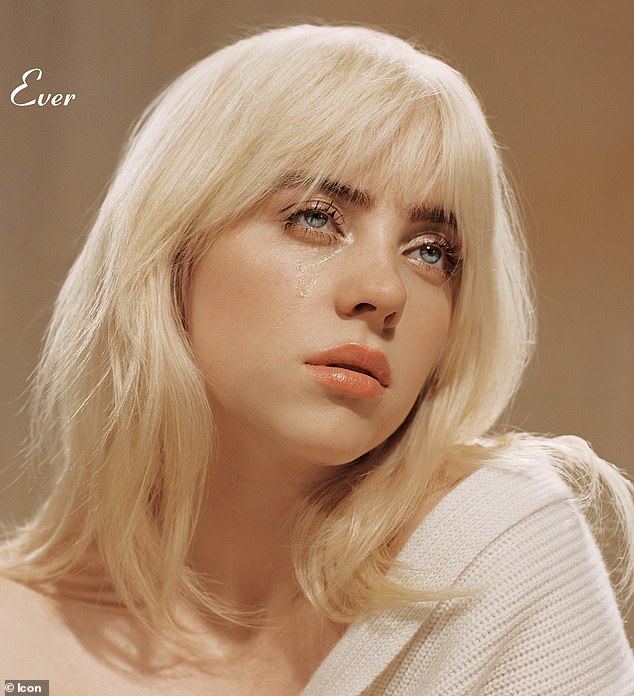 Today’s pop stars tend to be either old or very young. In 2019, as she turned 18, Billie Eilish (above) had the fourth-best-selling UK album of the year

Happier Than Ever is startlingly assured, the sound of a young woman who knows herself. Eilish was home-schooled and her music is home-made. It’s just her and her brother Finneas – a veteran of 24 – playing around in his home studio.

In the homeliest touch of all, the routine that produced these songs (working every Monday, Wednesday and Thursday) was suggested by their mum, Maggie Baird. Rock ’n’ roll!

Some young singers have 17 co-writers; Eilish has one, Finneas, playing 17 different roles, from producer to programmer, pianist and percussionist. He’s a crafty chameleon, as this album shows.

Eilish’s signature sound – a whisper and a pulse, intimacy plus vitality – is joined by torch songs, acoustic folk, even a bossa nova. The best tracks are Halley’s Comet, a timeless piano ballad, and Oxytocin, a techno banger.

Cocooned with her big brother, Eilish clearly feels safe. Her lyrics are open-hearted and sharp-eyed, taking pensive potshots at stalkers, abusers and paparazzi, as well as our old friend, the useless lover.

Sudden fame may be even trickier to sing about than to go through, but she makes it sing by keeping it real.

The one thing she and Finneas find difficult is editing. After working on 16 tracks, they included them all. The album begins with five bull’s-eyes and keeps three stirring singles up its sleeve till near the end, but sags markedly in the middle.

Not My Responsibility, aimed at the finger-wagging fan, is a sermon, not a song, and Goldwing, based on a piece of choral music by Holst, is an experiment that doesn’t come off.

In the age of Spotify, though, it hardly matters. Inside this 56-minute album is a riveting 40-minute playlist.