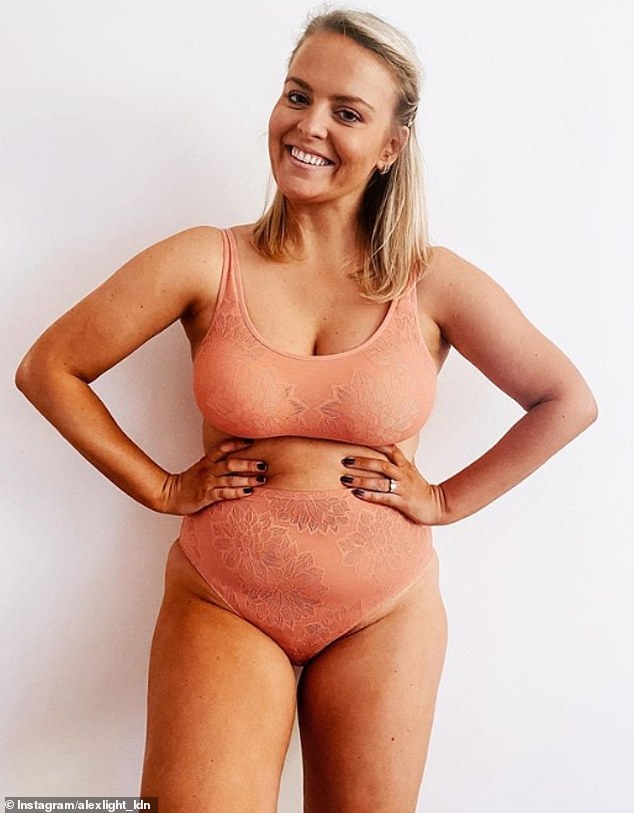 A body positivity campaigner has revealed that she ‘vowed’ to diet as an impressionable young teenager after watching the Bridget Jones films, in which Helen Fielding’s character is obsessed with her weight.

In a post on Instagram, Alex Light, a blogger and journalist for Hello! Magazine, 31, said the character’s ongoing obsession with being ‘fat’ in the trilogy – despite weighing just over 9st – was ‘dangerous’.

Light said watching Bridget agonise over the bathroom scales, and deem 9st 4lbs a ‘terrifying slide into obesity’ had left her teenage self vowing to diet because she weighed ‘a stone more’ than Fielding’s fictional character.

Body positivity campaigner Alex Light, 31, revealed how the Bridget Jones films had convinced her teenage self that she had to diet after she watched Helen Fielding’s central protagonist agonise over her weight 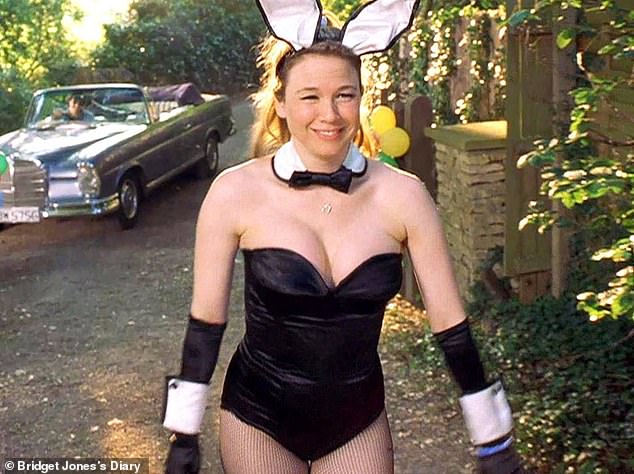 Bridget Jones, played by Renee Zellweger, was seen constantly trying to lose weight, something that Light says left her ‘vowing to diet’ 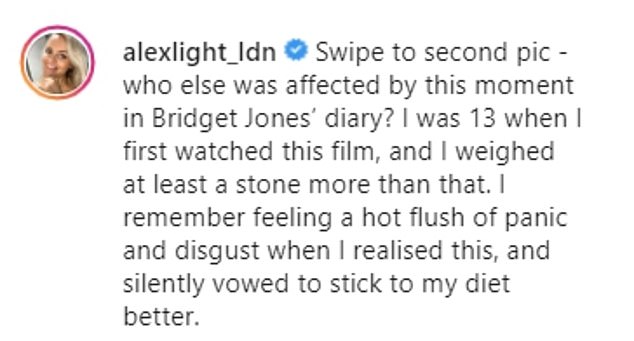 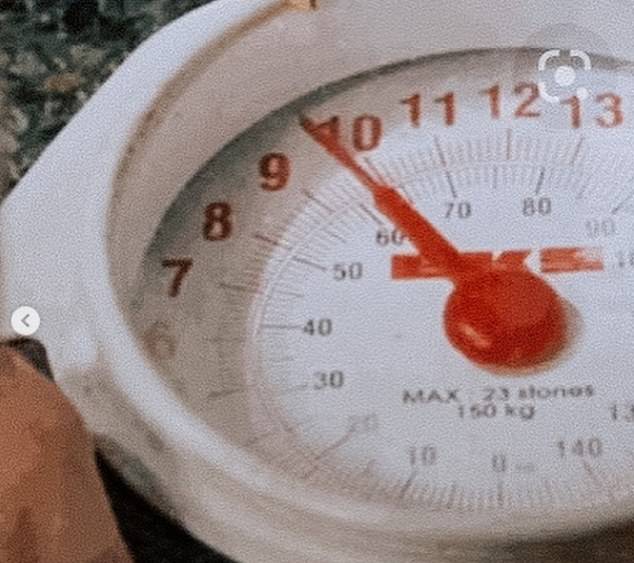 Light references a scene in which Bridget weighs herself, saying ‘I weighed at least a stone more than that’

Light wrote: ‘I was 13 when I first watched this film, and I weighed at least a stone more than that. I remember feeling a hot flush of panic and disgust when I realised this, and silently vowed to stick to my diet better.⁣’

In an appearance on BBC Radio 4’s Desert Island Discs this week, author Helen Fielding told presenter Lauren Laverne that she was ‘shocked’ at how dated the film now seemed, referencing the overt sexism her main character faces in the films, which were released in 2001, 2004 and 2016.

The writer didn’t address weight however, something that Light suggests is one of the movie’s biggest flaws.

‘She calls it ‘a miracle’. Because, apparently, 9st 7 stone was not acceptable. In fact, at one point in the film, she writes: “9st 4 (terrifying slide into obesity – why? Why?)”.⁣

⁣’It’s ridiculous and dangerous in equal measure. Ridiculous because 9st 4 is very slim.’ 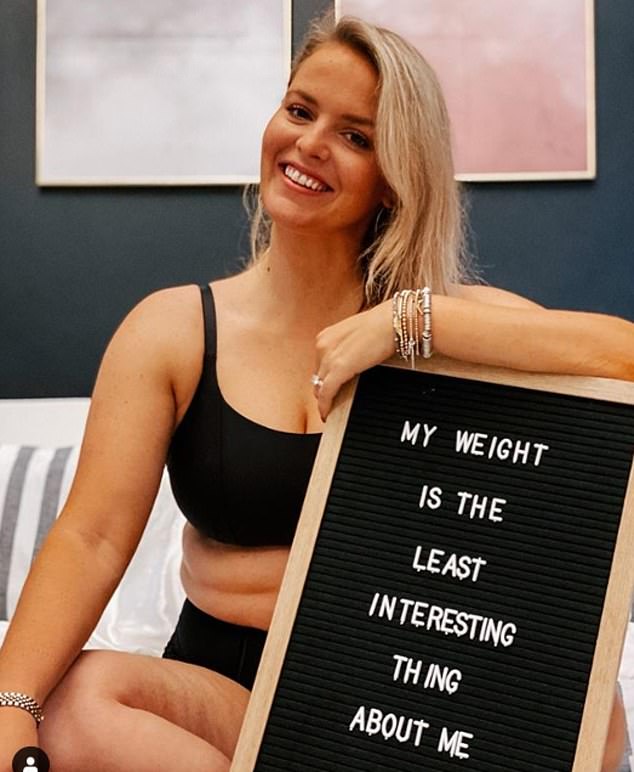 The campaigner and journalist said Bridget’s angst over her weight was ⁣’ridiculous and dangerous in equal measure. Ridiculous because 9st 4 is very slim.’ 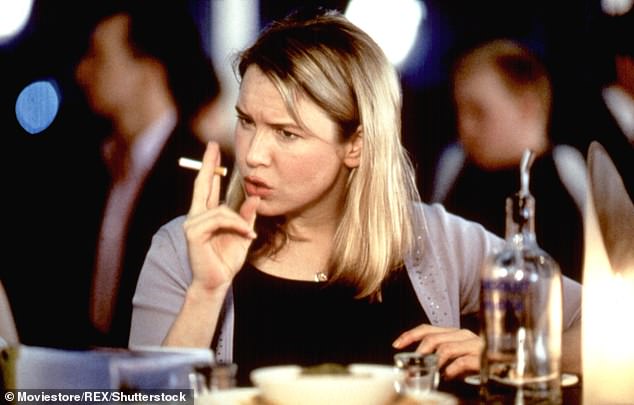 Helen Fielding’s book series were turned into a popular trilogy of films, which starred Renee Zellweger (pictured) as Bridget

Light says that the portrayal of Jones as ‘plump’ and ‘overweight’ was ‘dangerous because I saw that and internalised that and believed that 9st 7 was the cut off for ‘fat’.

‘Reaching that was disastrous – never mind going above it. I was to avoid it at all costs.’

During a new interview with Fielding, which aired on Sunday, the character’s creator admitted she now it difficult to stomach the levels of sexism featured in the eponymous films – but is pleased by the progress made in the workplace.

Helen Fielding recalled how she and her two children watched one of the hit Hollywood adaptations, which she co-wrote, starring Oscar-winner Renée Zellweger as the thirty-something singleton.

The 62-year-old said she was ‘staggered’ by the sleazy behaviour of Bridget’s male colleagues, especially at the fictitious TV show Sit Up Britain, where the heroine is told: ‘No one ever gets sacked for shagging the boss.’ 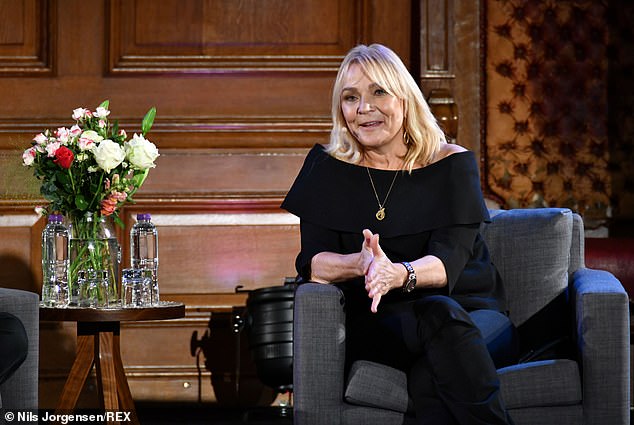 ‘You couldn’t write that now,’ Ms Fielding said. ‘The level of sexism Bridget was dealing with, the hand on the bum in so many of the scenes, [Sit Up Britain boss] Richard Finch, “Let’s have a shot of the boobs.”

‘I mean in the end she turned round and stuck it to them but it was just part and parcel of her life.

It was quite shocking for me to see how things have changed.’

Ms Fielding, who first wrote about Bridget in a 1995 newspaper column, said her approach would be different in the post-MeToo era.

In an interview for today’s BBC Radio 4’s Desert Island Discs, she said: ‘I think the social circumstances surrounding Bridget then are different from now. I think it wouldn’t have been possible to write it in that way now. Things have changed – happily.’

For years there have been claims that her hero was inspired by the current Labour leader Sir Keir Starmer, who at the time was also a human rights barrister.

However, Ms Fielding appeared to dismiss that by saying she was ‘amazed’ at the link.

She said she drew on real life to create Bridget, adding that when the books were released ‘it was a little confusing that I suddenly had this alter ego that was sort of me and not me. People used to expect me to behave like Bridget and still do. And I very often do’. 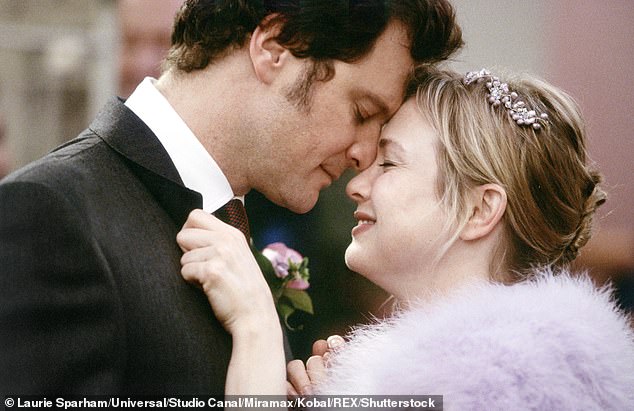 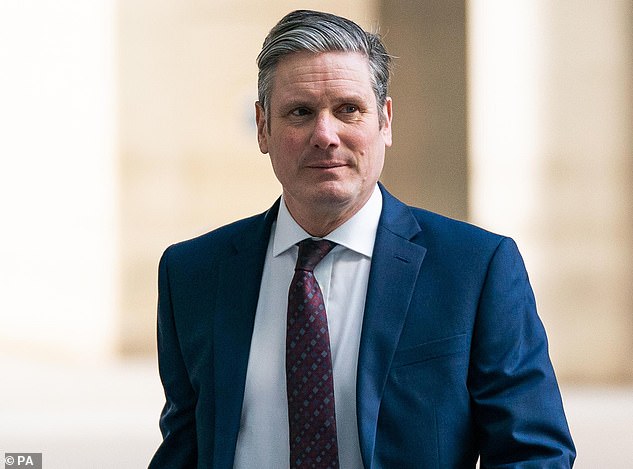 Ms Fielding denied rumours that Mr Darcy’s character was based on Labour leader Sir Keir Starmer (pictured). Both Firth’s character and Starmer have both worked as human rights barristers

She also described how Covid-19 has caused her to reflect on lost loved ones, including her former partner Kevin Curran, a writer for The Simpsons who died in 2016, and her father, who was killed in a car accident when she was in her 20s.

‘This sounds really corny but to me they don’t go away,’ she said. ‘They are still there in my mind and in spirit. It’s part of the ride we are all on. During the epidemic I have felt it very keenly.

‘So much loss around brings your own losses back and just makes you feel all those people and all that sadness and pain.’