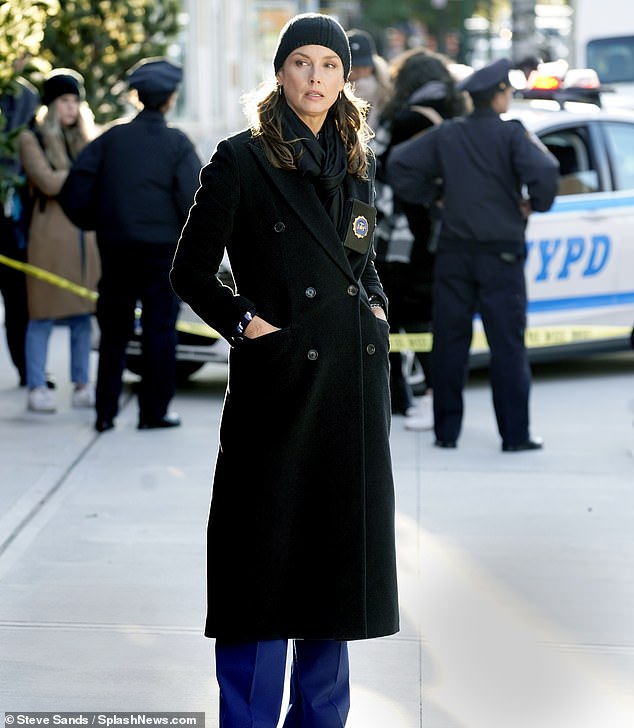 By Sam Joseph Semon For Dailymail.com

Bridget Moynahan appeared to be having fun on the set of police procedural Blue Bloods, which is currently being shot in New York City.

The star, who plays Assistant District Attorney Erin Reagan, was smiling as she wore a long black overcoat along with a set of blue pants on Wednesday.

At one point the beauty hammed it up as she pretended to kick an actor who was laying down on the sidewalk.

Making an impression: Bridget Moynahan was seen dressed in a black overcoat with a matching black beanie and scarf on the NYC set of Blue Bloods on Wednesday

In another photo, the former John Wick actress was seen having some fun with costar Steve Schirripa, who plays Detective Anthony Abetemarco.

The actress put on a scary face as she pretended to kick an unidentifiable actor who was laying on the ground pretending to be knocked out or dead.

The photo also revealed a leopard print lining on the inside of Moynahan’s jacket, along with a pair of black leather boots.

Schirripa opted for a navy blue overcoat with a prop badge paired with dark blue pants and a light blue shirt and tie. 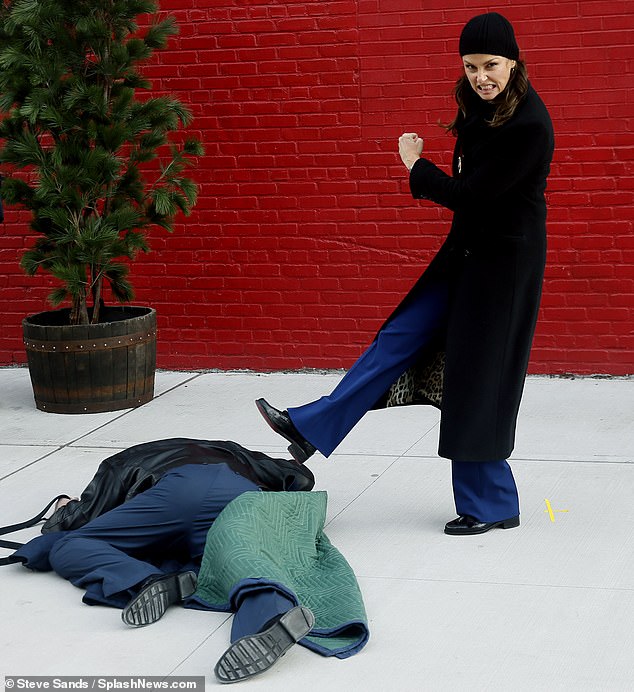 Keeping it light: At one point the beauty hammed it up as she pretended to kick an actor who was laying down on the sidewalk

Blue Bloods follows the Reagan family and their involvement with various branches of law enforcement in New York City.

Also starring in the show are Donnie Wahlberg, Tom Selleck, Sami Gayle, and Will Estes.

The production team is currently filming the upcoming eleventh season of the show.

The procedural was created for CBS in 2010 by Robin Green and Mitchell Burgess and has enjoyed high ratings since its inception. 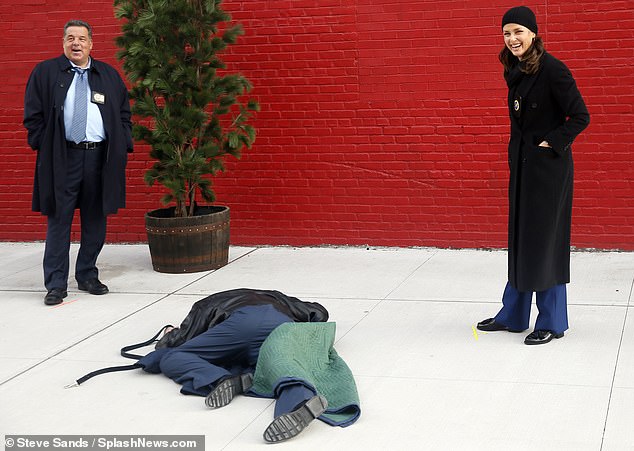 He was there too: On the far left was Steve Schirripa, who plays Detective Anthony Abetemarco. He opted for a navy blue overcoat with a prop badge paired with dark blue pants and a light blue shirt and tie

Its new season is expected to debut sometime in 2021, but no formal announcement about a release date has been made.

Blue Bloods has gathered acclaim for its on-location shooting in New York City, and has previously received tax breaks from the State of New York.

While shooting this year, the crew and cast have had to follow strict guidelines amid the coronavirus which includes wearing a mask between scenes and frequent hand washing.

Bridget was in a relationship with NFL superstar Tom Brady from 2004 to 2006; they share a 13-year-old son, John. The actress was previously linked to director McG and screenwriter Scott Rosenberg.

In 2015, she married businessman Andrew Frankel. Frankel has three children from a previous relationship. 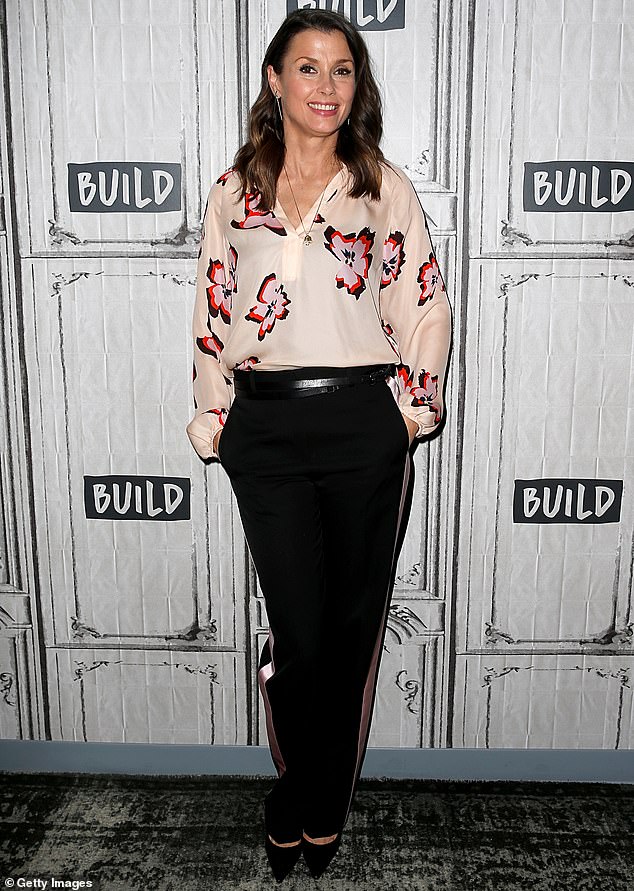 Looking good: Moynahan, seen in April 2019 in New York, was wearing a floral print top with a set of black form-fitting slacks and black heels