The death of a new father, who drowned when his canoe overturned, has been described by a coroner as a ‘silly, tragic accident’.

On July 18 last year, Mark Hill made the fateful ‘last minute’ decision to take his canoe to Amberswood Lake in Wigan.

The 40-year-old had only become a father 14 weeks earlier, having wanted a child for the past 20 years.

Unbeknown to his loved ones, Mark had been ‘between three and four times the drink drive limit’ the day he took his canoe out and he got into difficulty shortly after taking to the water, Bolton Coroner’s Court heard.

The death of new father Mark Hill, 40, who drowned when his canoe overturned, has been described as a ‘silly, tragic accident’ at inquest. Pictured: Mark with his ‘miracle baby’ Corey

Timothy Brennand, the senior coroner for Manchester West, told the court that a couple had been walking past the lake at around 3.40pm and spotted Mark struggling in the water.

A woman rang the emergency services, while her boyfriend waded in and tried to shout to Mark and catch his attention.

Just before firefighters arrived, Mark tragically went under the water and didn’t resurface.

It took emergency services until 9.10pm to retrieve Mark’s body from the lake – around 40 metres away from the shore.

A statement from Mark’s GP revealed that in 2015, he had been to the doctors to raise concerns about his level of alcohol consumption.

His doctor also said that Mark took Co-codamol to treat back pain. 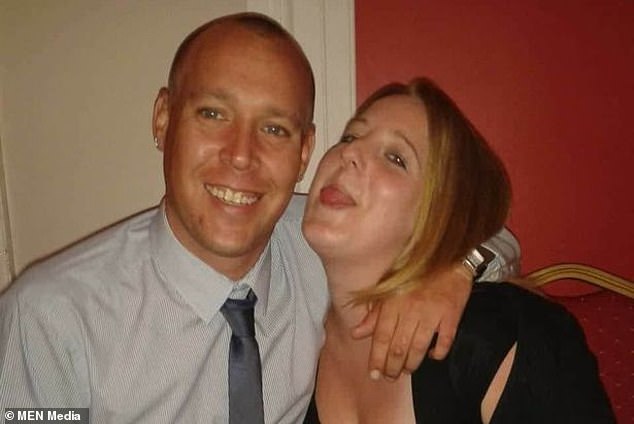 Mark’s fiancé Ms Veasey had previously told the court that Mark was a ‘social drinker’ but had stopped drinking when she became pregnant in an act of solidarity.

Talking about the day of his death, she said: ‘He did not have a drink that day as far as I could see.

‘He had bought a canoe about two years ago but never used it because I didn’t want him to.

‘I think he took it out that day because he knew I was going out. I think he thought he could get out and use it, without me knowing, before I got home.’

On the moment she found out he had died, she added: ‘I was in shock. This was a silly, tragic accident.

‘We were all riddled with guilt. I thought what if I hadn’t gone shopping that day.

‘He was fine that morning and we’d had a lovely family evening the night before. 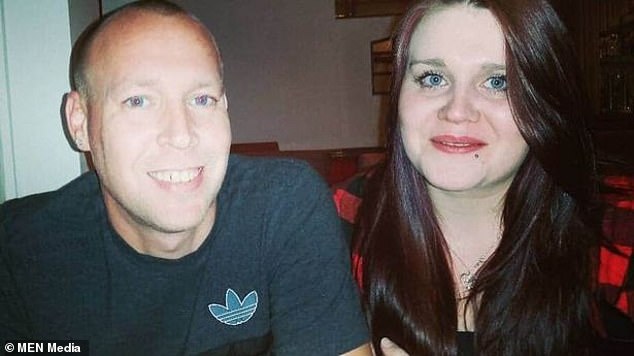 A coroner ruled Mark’s death was a tragic accident after the inquest heard he was drunk at the time he took his canoe into the water in Wigan. Pictured: Mark Hill and Lisa Veasey

‘He was the proudest dad ever and he loved Corey and me so much. He was excited for the future and we were planning our first family holiday.

A post-mortem examination revealed that the medical cause of death was drowning and a toxicology report showed a considerable amount of alcohol in Mark’s system, along with Codeine and Paracetamol, consistent with therapeutic use.

Mr Brennand said: ‘At some time from approximately 3.40pm on July 18 2020, whilst heavily intoxicated the deceased went canoeing on a lake within the Amberswood Nature Reserve in Platt Bridge, Wigan.

‘The canoe became overturned in circumstances where the precise events of the capsize were not witnessed but can be presumed to be as consequence of alcohol-induced impairment and confusion.’

Recording a conclusion of accidental death, Mr Brennand added: ‘As far as his partner in life goes, she was of the view that he was not drinking. 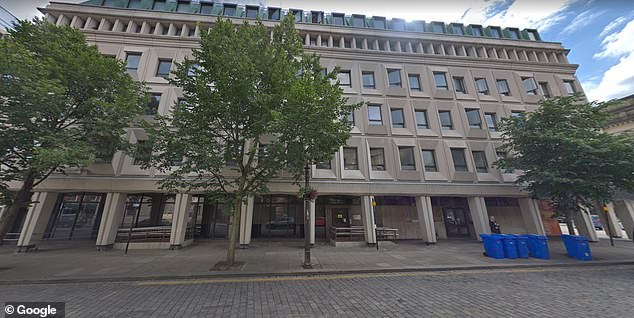 The inquest, held at Bolton Coroner’s Court, heard that a couple spotted Mark in difficulty on the lake and tried to help but he went underwater before emergency services arrived

‘He’s been left to his own devices that day and he seems to have acquired for himself a significant quantity of alcohol and decided to take the canoe.

‘This is a young man who had everything to live for. There is no note of intent. Nothing to suggest that he was contemplating self-harm.

‘In her statement, she described this as a ‘silly, tragic accident’ and that’s a clear and concise summary of events based on the evidence.’

Following the hearing, Mark’s sister Hannah told the Manchester Evening News : ‘Mark was a very much loved member of our family and is and will always be sadly missed by all of us.

‘Our hearts are still broken, mum isn’t coping and dad is just about holding up for her. Lisa is having a hard time too, it’s so hard on everyone.

‘He made some silly mistakes in his life but this time he has paid for it and so is everyone else who knows and loves him.

‘I just hope he can now rest peacefully now we have answers. It’s bittersweet in a way.’