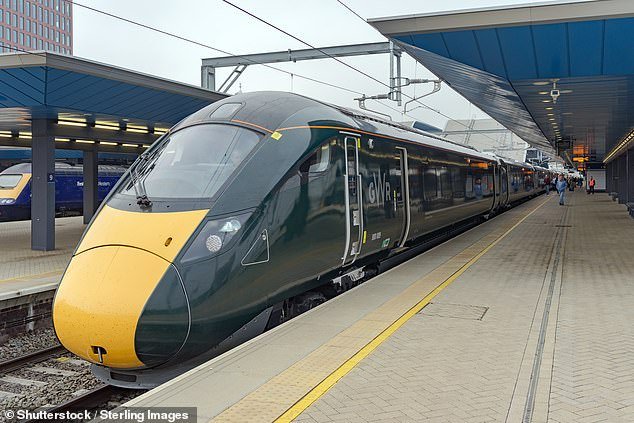 High-speed rail services have been cancelled across the UK after hairline cracks were found in Hitachi trains.

Hull Trains said by 1.30pm its normal services had resumed but Great Western Railway, which operates 93 Hitachi 800 trains, warned that the problem could affect tomorrow’s services as well.

All LNER routes from London Kings Cross to Aberdeen have been cancelled, while Great Western trains in and out of London Paddington are also out of action.

There are currently more than 90 cancelled trains across both rail services as the cracks are being investigated.

LNER services on the east coast between London, York, Newcastle and Edinburgh have been stopped.

And there are no Great Western services between London, Bristol, Cardiff and Penzance.

Rail minister Chris Heaton-Harris said routine checks on Saturday morning revealed cracks in the chassis – the base frame – of the trains, and that some trains have been reintroduced to the rails after being approved in checks by Hitachi.

He said: ‘Safety is always our absolute priority, so these trains have been taken off the network to undergo full and rigorous checks…

‘Whilst some trains are starting to be reintroduced, disruption is likely for a prolonged period, particularly on GWR.

‘I share the frustration of passengers who are experiencing significant disruption, and would ask people whose journeys are affected to check before travelling.’

Mr Heaton-Harris said he has asked operators to deploy extra staff to help passengers complete their journeys and access refunds, and for unaffected providers to help provide alternative routes.

He added: ‘We have also asked the industry to conduct a rapid and comprehensive review to resolve the issue.’

Hitachi Rail has apologised for the disruption caused.

A spokesman said: ‘We are working with all partners to resolve this issue as quickly and safely as possible.

‘We would like to offer our sincerest apologies to passengers for the impact this may be causing for their travel plans.’

GWR said cracks were detected on ‘more than one’ Hitachi 800 train, so all 93 Hitachi 800s in their fleet are being inspected as a ‘precaution’.

The company added that ‘roughly 10’ of the Hitachi 800s are now back in service after being inspected and found to be safe.

A spokesman said: ‘There’s a crack that’s been spotted and as a result of that – as a precaution – we’re checking all the trains, and while that’s taking place it’s better that they’re not used.