By Jackson Barron For Daily Mail Australia and Aap

Two cricket fans have gotten engaged in a dramatic proposal in the crowd during Australia’s match against India at the SCG.

A fan wearing an Indian jersey was seen on the Fox Cricket broadcast getting down on one knee to ask his girlfriend wearing an Australian shirt to be his wife.

The moment was shown on the big screen at the ground, leaving fans holding their breath to see what would happen.

The Australian fan said yes, leading to cheers throughout the crowd and among Australian fieldsman on the ground.

‘Who said there’s a fierce rivalry between India and Australia?’

Australia set a record-breaking total of 4-389 in the first innings to put India on the back foot in the second match of the one day series on Sunday.

Steve Smith backed up his sparkling century on Friday with another superb hundred, to celebrate consecutive one-day tons for the first time in a decorated career. 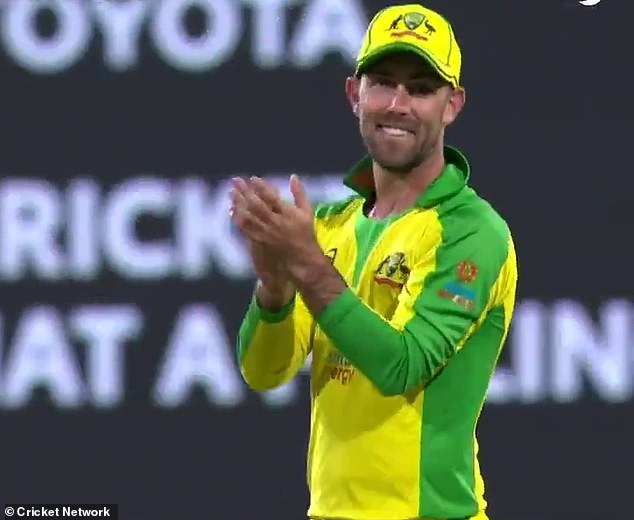 Australian captain Aaron Finch opted to bat and enjoyed a 142-run partnership with David Warner before Smith marched Australia to their highest ODI score at the venue.

Warner was taken to hospital after suffering a groin injury in the field in the fourth over of India’s chase.

The 34-year-old was left writhing in pain and grabbing his groin on the ground after a fielding mishap.

The veteran batsman rolled awkwardly after diving to his left to stop the ball, leaving him screaming in anguish on the field. 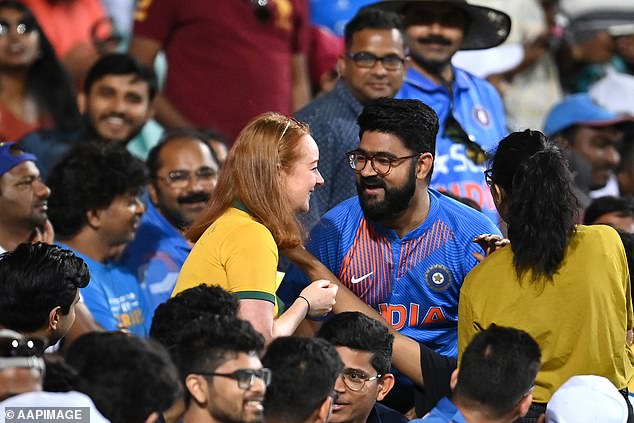