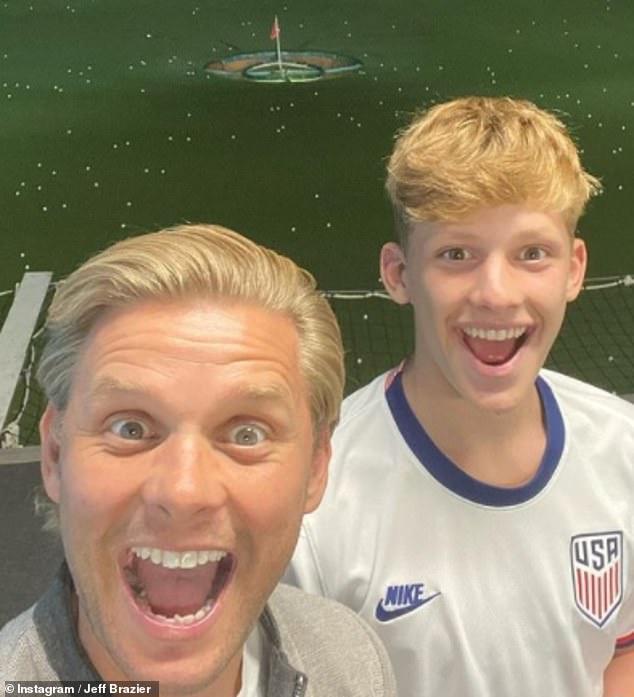 Jeff Brazier has detailed his children’s experience of the third nationwide coronavirus lockdown.

In the first episode of his new podcast Only Human, the presenter, 41, admitted his son Freddie, 16, has been struggling with homeschooling during the pandemic as he ‘isn’t particularly academic’.

The media personality also shared the teen’s hopes of becoming a barber once he completes his GCSEs, while his oldest kid Bobby, 17, has been on a ‘voyage into self-development’ throughout the global crisis.

‘He’s not particularly academic’: Jeff Brazier has revealed his son Freddie has been struggling with homeschooling and plans on becoming a barber after completing his GCSEs

The Shipwrecked star – who has been raising his boys with his wife Kate Dwyer after their mother Jade Goody died in 2009 – confessed that while Freddie ‘has never loved school’, he aims to finish his education before entering the hair business.

Jeff shared: ‘There are a lot of parents out there that are having an absolute nightmare with home-schooling. I’ve got Freddie, my youngest is 16.

‘He’s in his GCSE year. I mean, imagine of all the years it can happen to you within your education, for it to be literally the most important one is really unlucky. Freddie has never loved school. He’s not particularly academic.

‘I’ve always been very mindful of not squeezing the square peg through the round hole as it were. 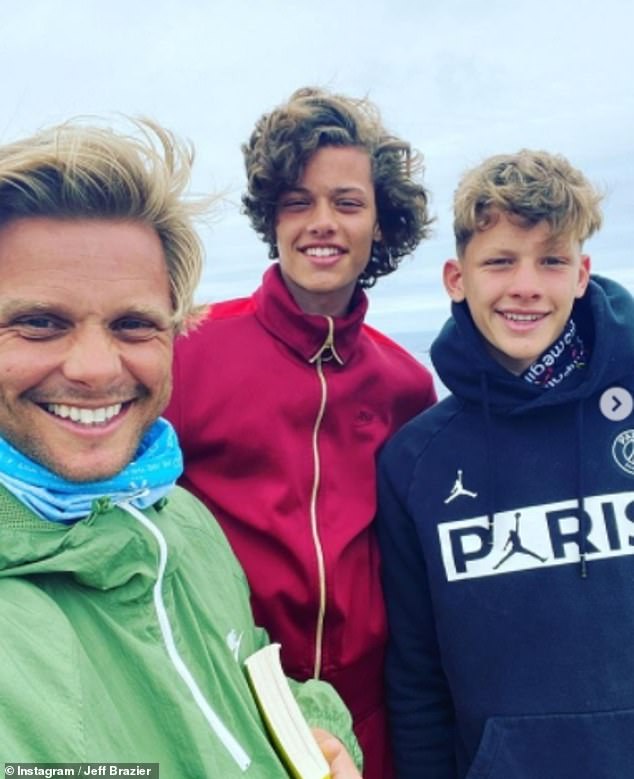 Creating his own path: On his new podcast Only Human, the presenter, 41, also shared that oldest kid Bobby, 17, has been on a ‘voyage into self-development’ throughout the global crisis 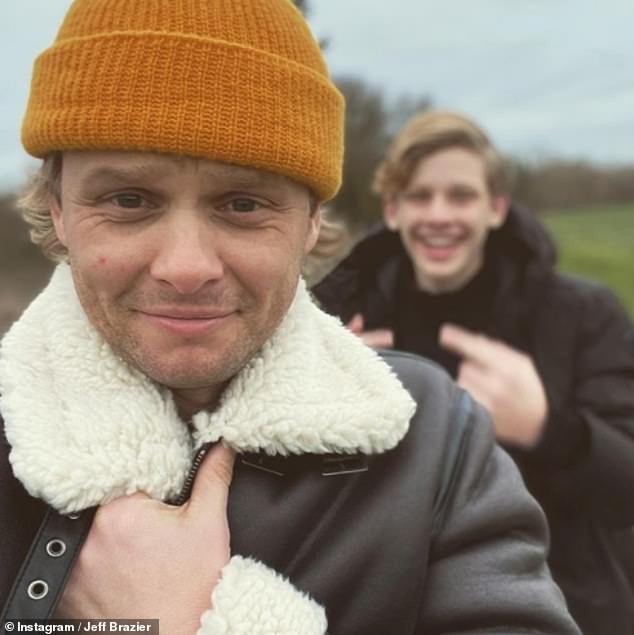 ‘I know that his future will be wonderful’: The host confessed that while Freddie ‘has never loved school’, he aims to finish his education before entering the hair business

‘So I know that Freddie has some incredible traits and I know that his future will be absolutely wonderful, just simply because of his depth of emotional intelligence.

‘And his caringness and consideration for others, you know, that’s all through the roof. So I know that he’s going to be absolutely fine and be able to carve out whatever he wants to do.

‘He also knows what he wants to do in his apprenticeship. He wants to be a barber. And so as a result, it’s almost like; right, all we’ve got to do is really get for the next six months and get him the other side of it so he doesn’t have to re-sit anything.’

The former Grays Athletic footballer went on to reflect on Bobby’s ‘self-educating’ journey during the past few months. 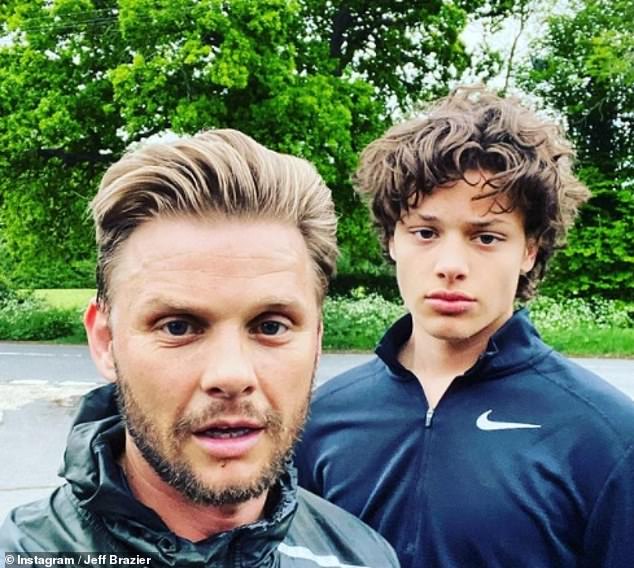 ‘It wasn’t even anything that I had instigated’: The former Grays Athletic footballer went on to reflect on Bobby’s ‘self-educating’ journey during the past few months

Jeff said of the aspiring model: ‘Bobby has been on a real journey. I mean, up until a couple of months ago, maybe he still really didn’t know who he was, what path he was taking, what he wanted to do next.

‘And then all of a sudden, I think in the whole midst of lockdowns, he just went on a bit of a voyage into self-development. And, you know, it wasn’t even anything that I had instigated.

‘You try and tell your kids to read books about things they’re not interested in. It’s impossible. But all of a sudden, he just started self-educating and he started to actually feel so confident in what he was learning and how much use it was going to be for him.’

The father-of-two added that the runway star has helped inspire other children explore their mental health with his candid Instagram posts. 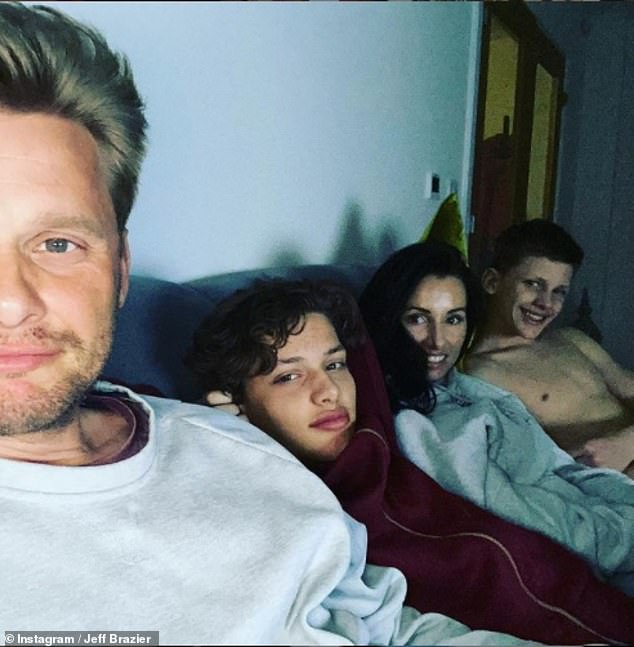 Family first: The Shipwrecked star has been raising his boys with his wife Kate Dwyer after their mother Jade Goody died in 2009

The Essex native said: ‘Not only has he had a massive impact on his brother, who really looks up to him, but also he’s put out a few videos, a bit of content, and he’s starting to inspire people and obviously I could not be prouder.’

Their late mum sent shockwaves around the world in 2008 when she was informed live on Indian Big Brother, Bigg Boss, that she was suffering with cervical cancer, before she discovered the following year that her diagnosis was terminal.

The TV star then passed away in March, one month after marrying her then-partner Jack Tweed.

Jeff has become an advocate for mental health and grief survival, and even released the book The Grief Survival Guide: How to Navigate Loss and All that Comes With It in 2017. 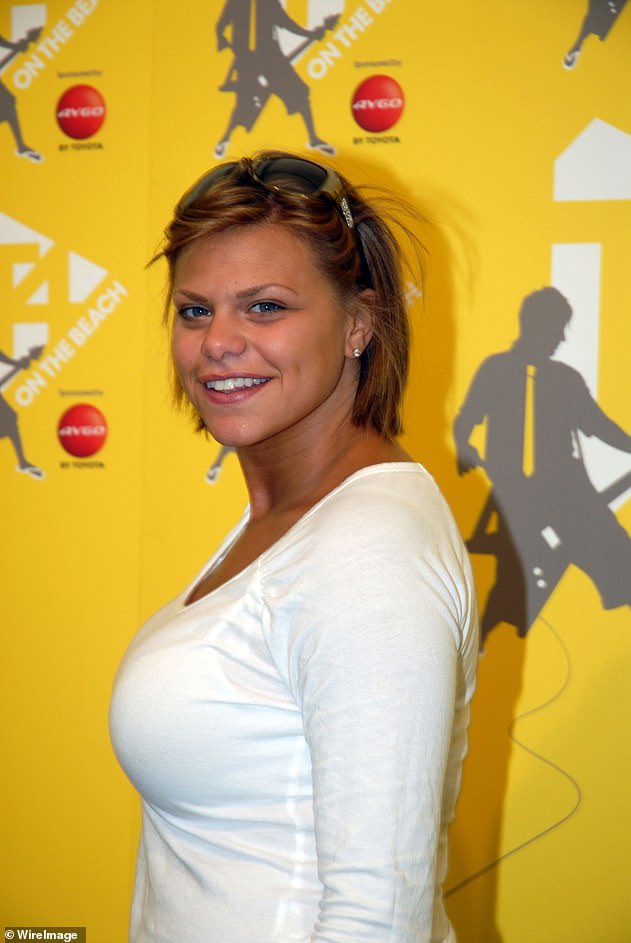 Tragic: Big Brother star Jade passed away from cervical cancer aged 27 in March 2009 (pictured in 2006), one month after marrying her then-partner Jack Tweed