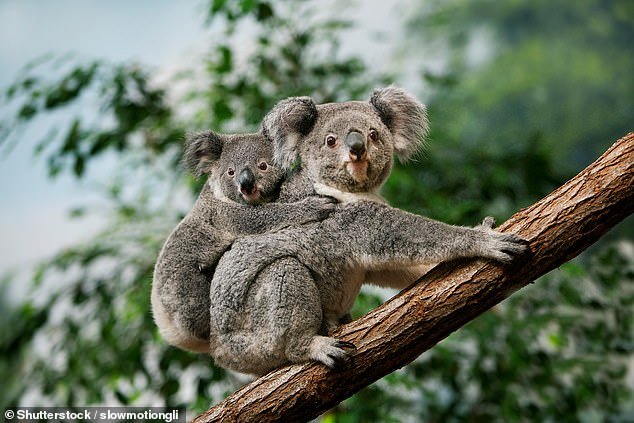 It’s not just chlamydia koalas have to contend with: Bears are also being infected with a rapid-spreading AIDS-like virus that triggers cancer

By Joe Pinkstone For Mailonline

Koala bears are infected with a virus which is inserting itself into their DNA and causing cancer, a study has found.

The marsupials are native to Australasia, only eat eucalyptus and have a range of health issues, including chlamydia and cancers such as leukaemia and lymphoma. They are also being dramatically impacted by wildfires and habitat loss.

While it is known that chlamydia is widespread among koalas, the cause of their cancers has long been a mystery.

Researchers from Leibniz Institute for Zoo and Wildlife Research in Berlin studied the DNA of ten koalas and found a retrovirus embedded in their genome. HIV, which causes AIDS, is the most commonly known human retrovirus.

The genome-altering virus has infected the cells of koalas which create eggs and sperm, allowing the virus to be passed down the generations.

Koala retrovirus (KoRV) often inserts itself at ‘hot spots’ which are near genes linked with cancer, and the researchers think the mutations brought about by the virus increases the prevalence of certain cancers.

Koalas are native to Australasia, only eat eucalyptus and have a range of health issues, including chlamydia and cancers such as leukaemia and lymphoma. They are also being dramatically impacted by wildfires and habitat loss

WHAT IS PUTTING KOALAS AT RISK OF EXTINCTION?

Koala populations along Australia’s east coast have been declining due to a culmination of various factors.

Habitat loss from deforestation, diseases such as chlamydia, attacks from predators, fire and road collisions are all contributing to their decline.

It was previously thought they only got hydration from leaves but a revolutionary new study has found they are actually able, and willing, to drink from standing water.

Koalas can’t simply eat more leaves to compensate for reduced water content in their favourite food because they are limited by how much they can devour by leaf toxins.

They are listed as ‘vulnerable’ on the IUCN Red list which tracks at-risk animals.

Remains of ancient retrovirus infections are commonly seen in the genomes of many vertebrates.

These retrovirus relics indicate the infection occurred millions of years ago and has since been neutralised.

But analysis of ten cancer-riddled koalas from the wild reveals the marsupial population only first became infected with KoRV around 50,000 years ago.

Since then it has spread and it is now found in every koala in Queensland and New South Wales.

The DNA samples revealed each koala has around 80 – 100 inherited copies of KoRV in its genome.

‘The genomic locations of most of these are not shared between koalas, indicating a rapid expansion and accumulation of KoRV copies in the population,’ says Professor Alex Greenwood, head of wildlife diseases at the Leibniz-IZW.

‘Each time a retrovirus copies and re-inserts itself into the genome, it causes a mutation, potentially disrupting gene expression, which could be detrimental to the host.’

As the virus spreads throughout a koala it slowly rewrites more of the koala’s genome and replaces its original DNA.

The German team found a copy of KoRV had incorporated an entire cancer-related gene into one koala’s DNA sequence.

The analysis also suggests KoRV predisposes koalas to particular tumours and these genes can then also be inherited by their offspring. 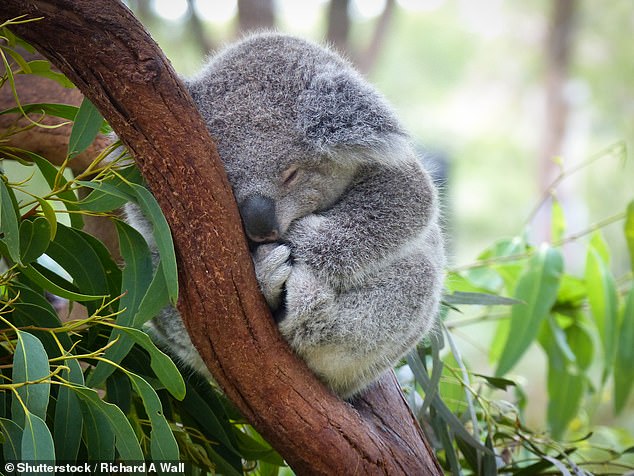 Researchers from Leibniz Institute for Zoo and Wildlife Research in Berlin studied the DNA of ten koalas and found a retrovirus embedded in their genome. HIV, which causes AIDS, is the most commonly known human retrovirus

The scientists say the koala, which is currently deemed vulnerable, is in a ‘race against time’ to remain on the planet long enough for the virus to be degraded.

They said: ‘Considering the many threats to koalas, it is one they need to win.’

The full findings have been published in Nature Communications.

Scientists say Australia’s iconic koala is at risk of extinction due to stress on its immune systems caused by bushfires and habitat destruction.

Koala populations have steadily declined mostly due to disease – the most common reason that they’re admitted into care in the three locations – with chlamydia being the most common condition, they found.

But bushfires and destruction of their habitat by humans – to create new building developments, for example – have made koalas more susceptible to disease by stressing their immune systems.

Stress from these events triggers the production of a class of hormones called glucocorticoids, they say.

‘Any disturbance to an animals habitat activates the physiological stress response, and if said stressors do not cease, the excessive production of glucocorticoids can leave the animal with a compromised immune system and therefore likely to contract a disease,’ say the experts from Western Sydney University and the University of Queensland.

‘There is an urgent need to strengthen on-ground management, bushfire control regimes, environmental planning and governmental policy actions that should hopefully reduce the proximate environmental stressors.’