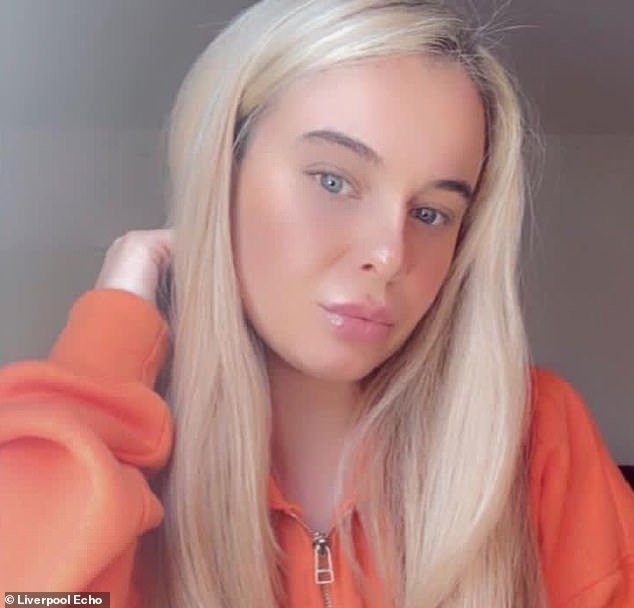 Mother-of-two, 26, took her own life hours after sending video of her laughing with her children in the garden, family reveal

Jade Roberts had sent the giggly video to her cousin just hours before her deathThose close to Liverpool-based mother-of-two say she had suffered with anxiety Jade’s family called her ‘an unbelievable’ mother to her sons, aged one and two

One relative added: ‘She would do anything for anyone’ and had ‘a heart of gold’If you need to talk to someone call 116 123 for Samaritans free 24-hour hotline

By Jacob Thorburn For Mailonline

A young mother-of-two took her own life just hours after sharing a video of her laughing and playing with her young children.

Jade Roberts, 26, from Knotty Ash, Liverpool, had shared footage of her and her children playing in the garden hours before leaving her last words to loved ones.

Her heartbroken family described her as ‘an unbelievable mother’ to her two sons, who are aged one and two.

Ms Roberts’s cousin Karl Thomas, 33, said she ‘would do anything for anyone’ and had ‘a heart of gold.’

The young mother suffered from anxiety and relatives say they were unaware of the true extent of her battle with mental health until her passing.

Jade Roberts (above) was 26 when she tragically died in April, just hours after sending a giggly video of her and her young children to family members

A few hours before her death in April, Karl said Ms Roberts had sent him a video of herself playing with her children in the garden.

Although she wasn’t pictured in the shot, Ms Roberts can be heard laughing in the background as her young boys, aged one and two, spent time outside.

Her cousin Karl described her as an ‘unbelievable mother’ who spent every minute of her day dedicated to her children.

Ms Roberts’ family has chosen to share her story in order to raise awareness of ill mental health, and encourage others not to suffer in silence.

Karl said: ‘She had all the people around her in the world but it just shows you, you can be surrounded by people and still feel alone.