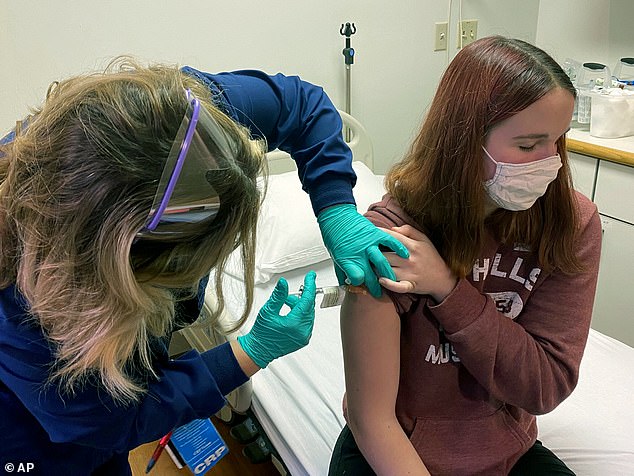 Celebrities and social media influencers will be enlisted to help promote the coronavirus vaccine amid rising concerns over the spread of conspiracy theories online.

Health bosses and ministers are in talks with ‘responsible’ high-profile stars to post positive messages about the jab.

No celebrities have been confirmed but officials suggest Marcus Rashford, the England footballer campaigning to end child hunger, and members of the Royal Family would be ideal. 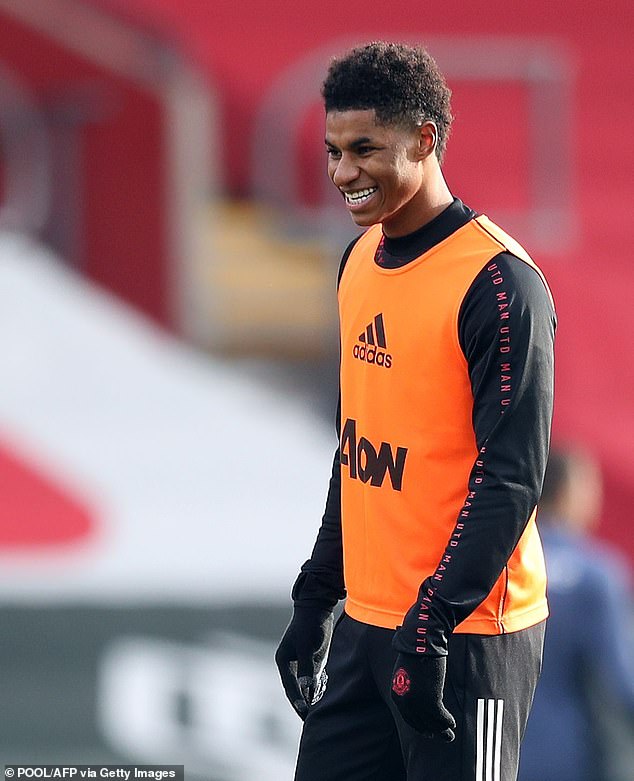 While no celebrities have been confirmed for the campaign yet, officials have reportedly said footballer Marcus Rashford, who campaigns to end child hunger, would be an ideal proponent

There are fears that the torrent of anti-vax content on social media sites could lead to a low take-up of the vaccine, affecting the chances of achieving herd immunity.

A recent survey in the US and UK found that public willingness to take a Covid vaccine fell by 6.4 per cent after reading anti-vax posts.

Under the plans, well-known television doctors will be enlisted, as well as figures with large following on social media, the Guardian reported.

Religious and community leaders are also being consulted in order to allay possible fears over the vaccine among black, Asian and ethnic minorities.

The Government refused to provide details but a source said officials are working closely with Public Health England and NHS England and Improvement ‘to provide authoritative information to the public’.

The Army has already mobilised an ‘information warfare’ unit to fight anti-vax propaganda. 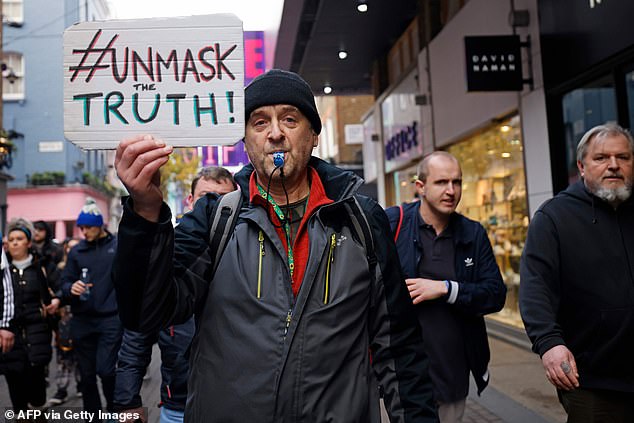 The campaign is being launched by the Government in a bid to tackle anti-vax misinformation after a survey found willingness to take the vaccine fell by 6% after people read anti-vax posts Pictured: a protester holds up a placard during a protest against restrictions in London 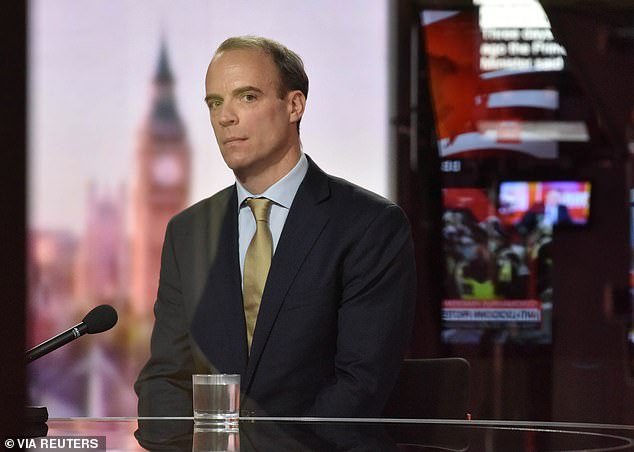 Dominic Raab said the mass rollout of Covid-19 vaccine will transform the UK into a ‘whole new world’ by the spring when it will have been given to key workers and most vulnerable, he said

A Boots nasal spray for colds and flu is being tested to see whether it can stop coronavirus infection – thanks to a special seaweed ingredient.

They hope Boots Dual Defence Nasal Spray will prevent infection – or reduce the severity of symptoms if people do catch Covid-19.

The key ingredient is based on carrageenan, a red edible seaweed that was used to treat respiratory ailments in 19th century Ireland. For the Boots spray, it is sourced from Zanzibar and the Philippines.

The Dual Defence formulation is made by the Austrian firm Marinomed, and Boots is the only British company licensed to sell it.

The results of tests on 480 health workers are expected to be published in March. Researchers hope the drug can be used to tide people over until they are vaccinated.

Lead investigator Dr Zita Jessop said: ‘We wanted to find a way to help protect frontline NHS staff. If the results of this clinical trial are as positive as we expect… it is potentially another weapon in the armoury.’ 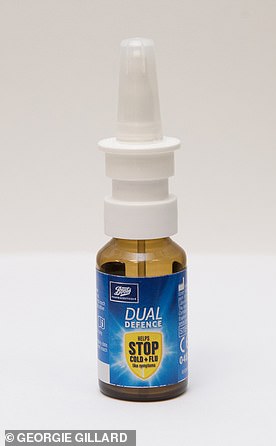 Soldiers from the defence cultural specialist unit, launched in Afghanistan in 2010, are analysing how Britons are being targeted online.

The troops, who belong to the 77th Brigade, are sizing up the level of vaccine-related disinformation from hostile states such as Russia, according to The Sunday Times.

The mass rollout of Covid-19 vaccine will transform the UK into a ‘whole new world’ by the spring, Foreign Secretary Dominic Raab said yesterday.

‘The vaccine will [by then] have been distributed to key workers and the most vulnerable, particularly by age,’ he said.

Optimism over the jab, which is due to be approved by UK regulators within days, had allowed the Government to plan its ‘exit strategy’ from the pandemic.

His positive assessment came as Downing Street announced a £20 million fund to expand the UK’s ability to produce medicines and diagnostic equipment.

Hospitals across the country have been told they could receive large stocks of the front-running vaccine as early as next Monday.

The vaccine – produced by US drugs giant Pfizer with German firm BioNTech – has recorded a 95 per cent success rate in trials.

The UK’s Medicines and Healthcare Products Regulatory Agency is reportedly ready to give it the green light this week, making the UK the first Western country to approve a Covid vaccine.

The Government has secured 40 million doses of the Pfizer vaccine, but they will be challenging to roll out, given the need to store them at temperatures of -70C (-94F).

The medicines regulator was asked by ministers last week to review the vaccine developed by AstraZeneca and Oxford University, of which the Government has ordered 100 million doses.

But an initial lower dose for the first of the two jabs required would raise that protection to 90 per cent.

The UK has also ordered 5 million doses of a vaccine being developed by US firm Moderna.

Yesterday Boris Johnson launched a capital investment scheme aimed at stimulating the development of medicines in the UK, saying the £20 million fund would ‘equip us to fight future health crises’.

It comes amid concerns from experts that a breakdown in Brexit trade deal negotiations could affect the supply of medicines.