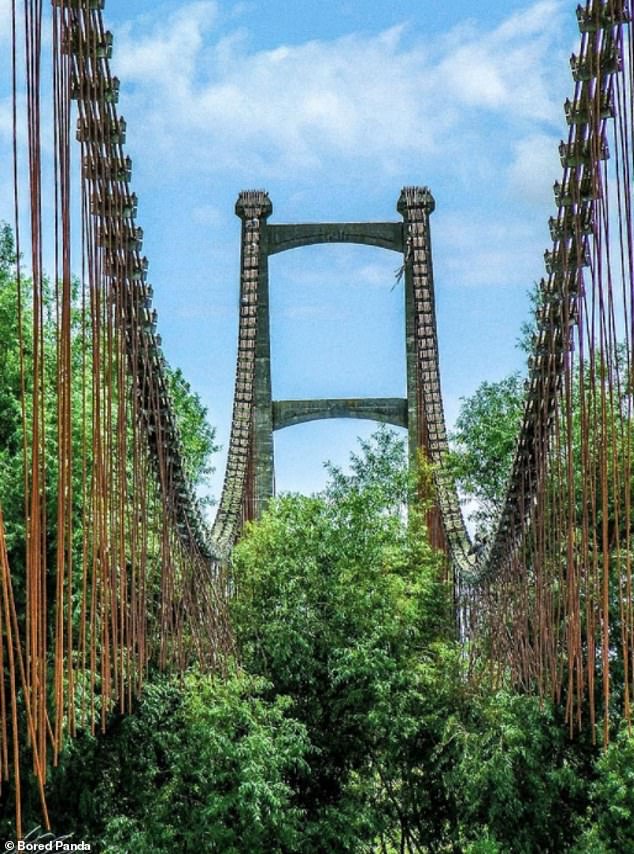 Reclaimed by nature: Incredible snaps capture the ruins, old railways and abandoned bridges that have been taken over by plant life

By Jessica Green For Mailonline

Amidst this constantly developing and changing world, there are areas that remain neglected and forgotten about over time.

Beautiful but crumbling locations that were left to ruin by their human inhabitants, but have astonishingly been reclaimed by nature.

From abandoned silos to derelict chimneys, these deteriorating relics have become home to impressive sprawling swathes of vegetation.

In an online gallery, collated by Bored Panda, social media users from around the world shared awe-inspiring snaps of placed conquered by plant-life.

You shall not pass! The suspension bridge (pictured) across the Manawatu River at Opiki in New Zealand, was constructed in 1917. It was known for many years as the Opiki Toll Bridge before closing in 1969 when a newer bridge was built nearby 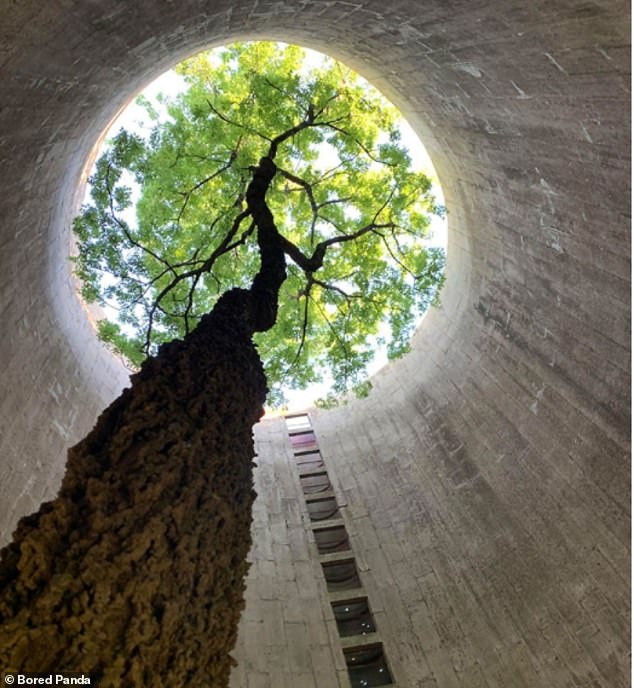 One social media user said they found this ‘beautiful tree growing inside an abandoned silo’ while they were exploring. The location of the building is unknown 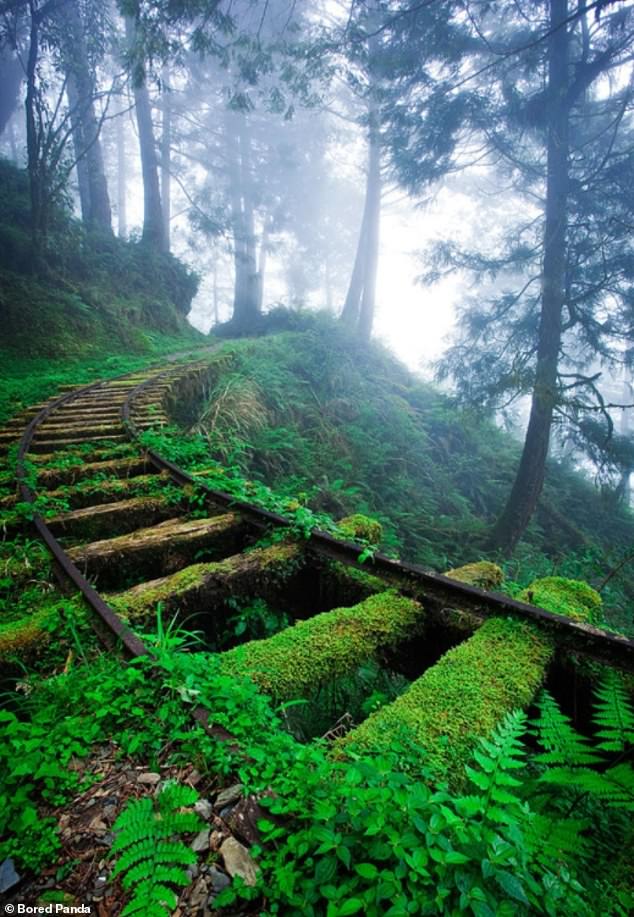 Neglected train tracks are completely covered in greenery in a forest in Taiwan. Clothed in vines and leaves, the former track is a sight to behold 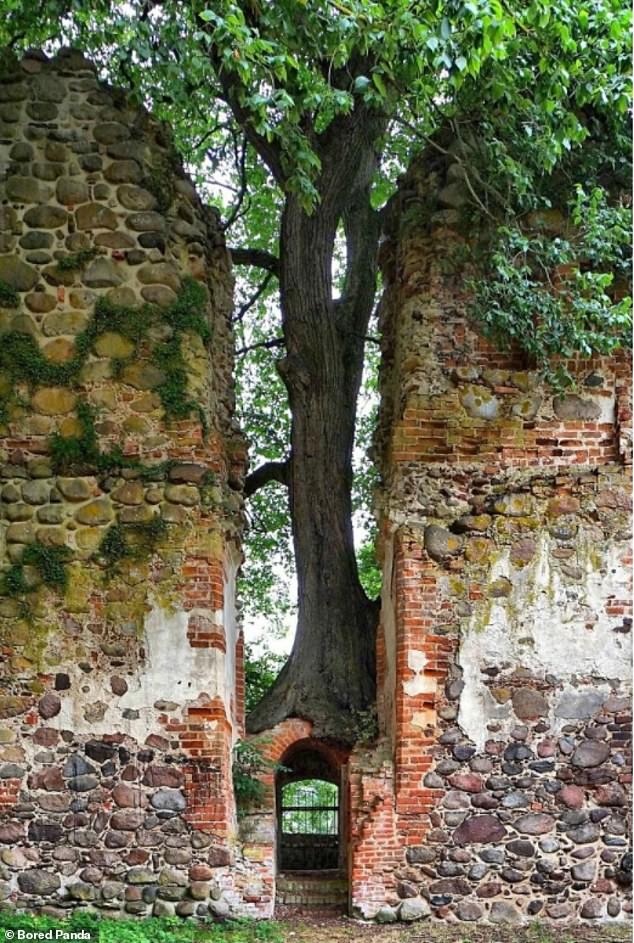 The natural gatekeeper: This tree stands impressively between two parts of the Putzar castle ruins in Germany 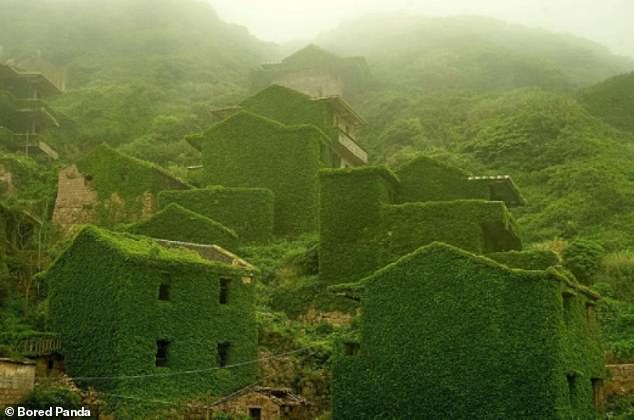 In this abandoned Houtouwan fishing village on Shengshan Island, China, vines climb the old stone walls, weave through the windows and doors and creep along the crumpling paths 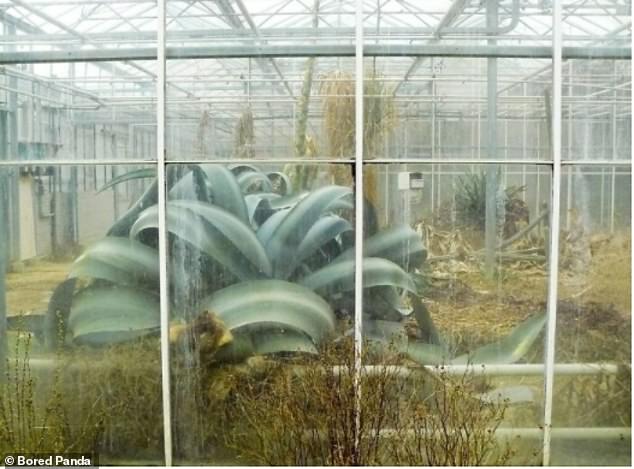 In this impressive photograph, a ginormous agave plant grows in an abandoned greenhouse which has been neglected for several years 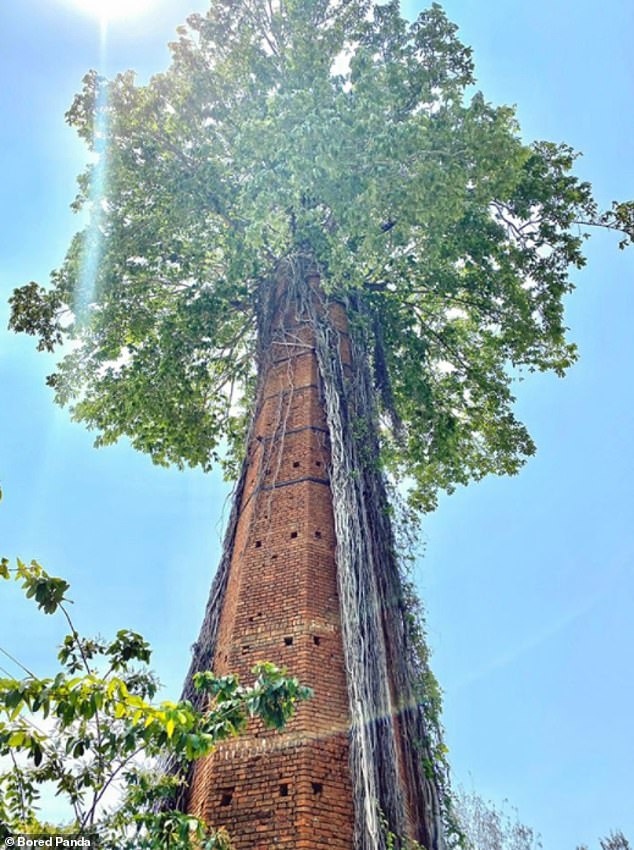 Tree-mendous! A remarkable tree grows from a derelict chimney in this photograph, shared on social media and discovered by Bored Panda 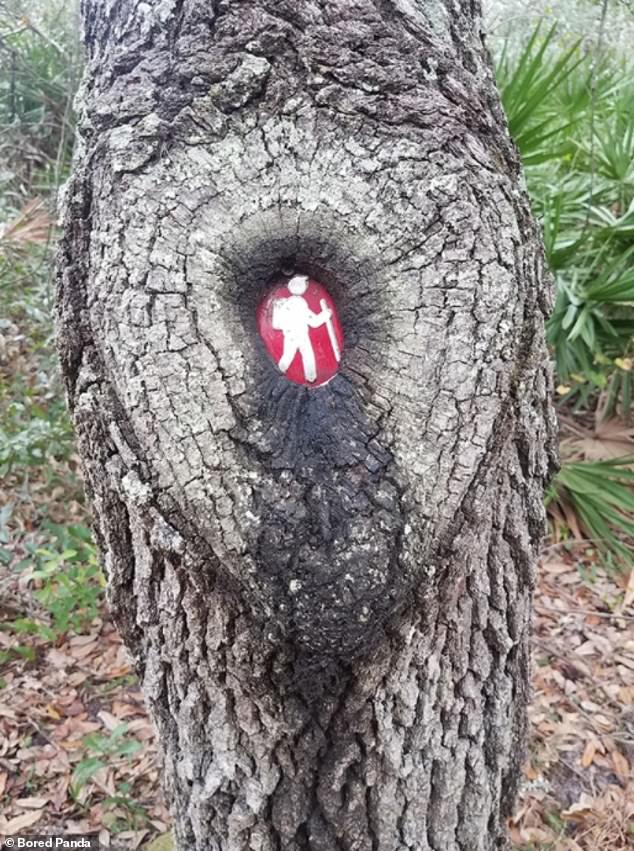 Taking over: A tree is captured growing around a hiking sign placed in an unknown woodland area in this social media image 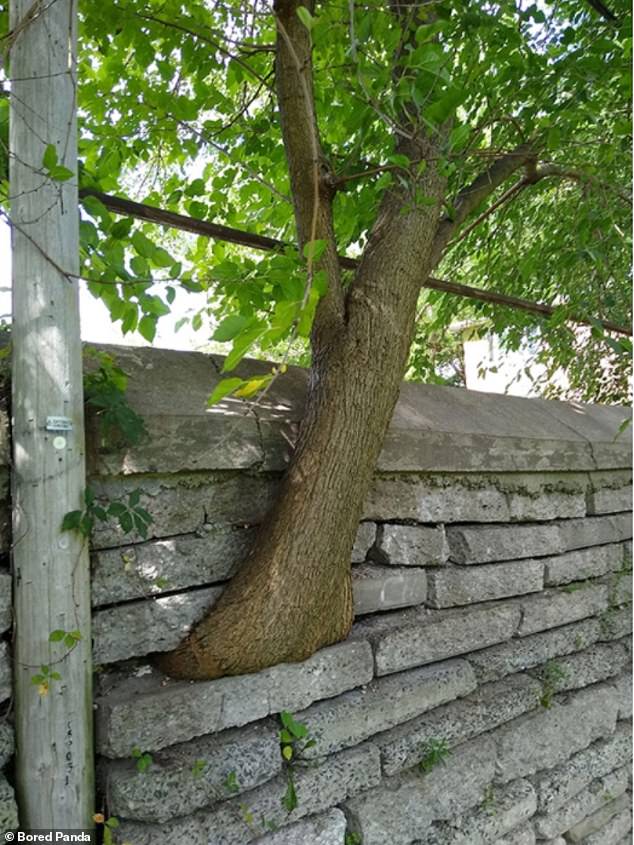 Squeezing in! Not willing to give up its spot, a tree is discovered growing through a tiny space in a man-made stone wall 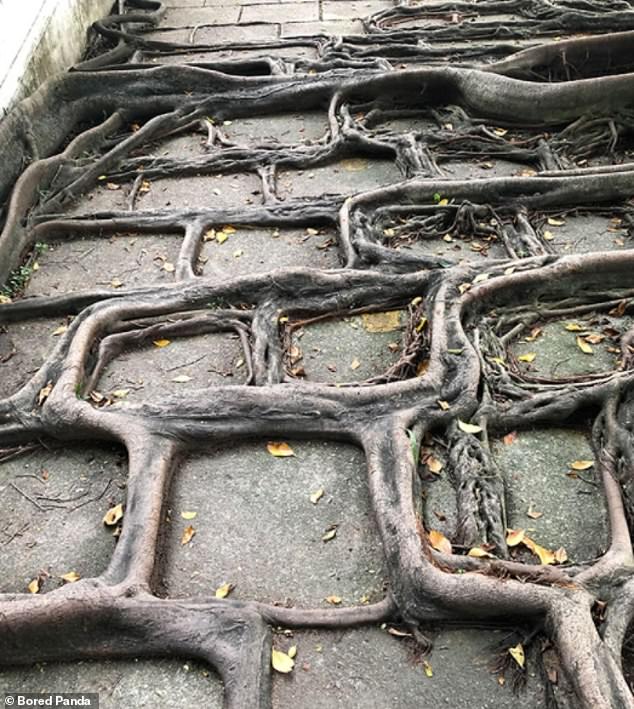 A work of art: Roots from a tree strangely grow according to the pavement pattern in this image, shared to social media 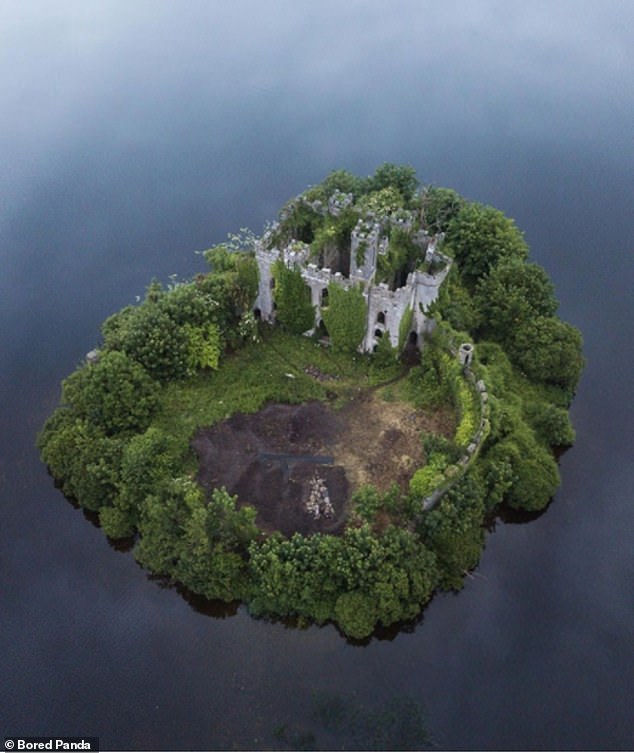 McDermott’s Castle, pictured, enjoys a stunning location in the middle of an Irish lough and is steeped in legend and folklore. But today the area is overgrown and the building, on Castle Island, Lough Key, County Roscommon, has been damaged by ivy which covers its walls 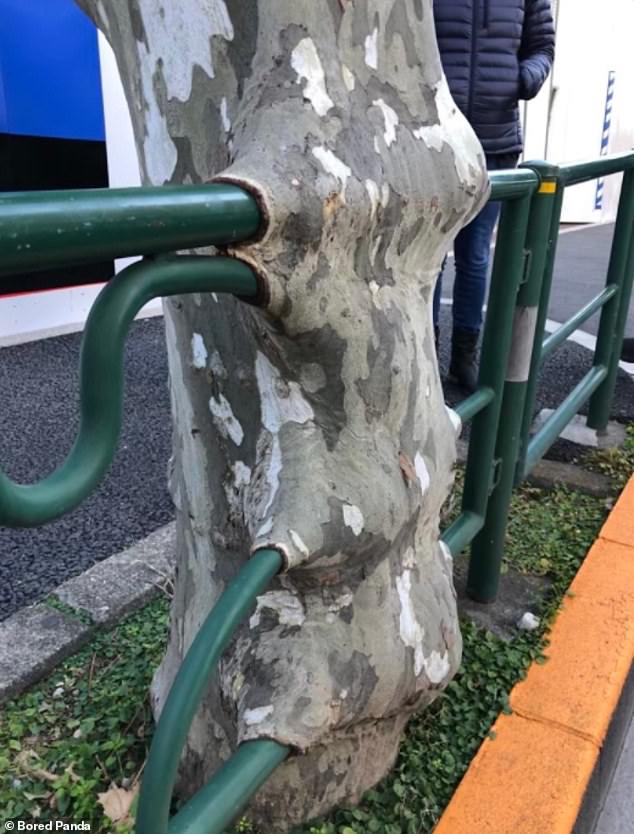 Unmoved: This tree seemed undeterred by the railing placed in its spot, and simply included it in its structure 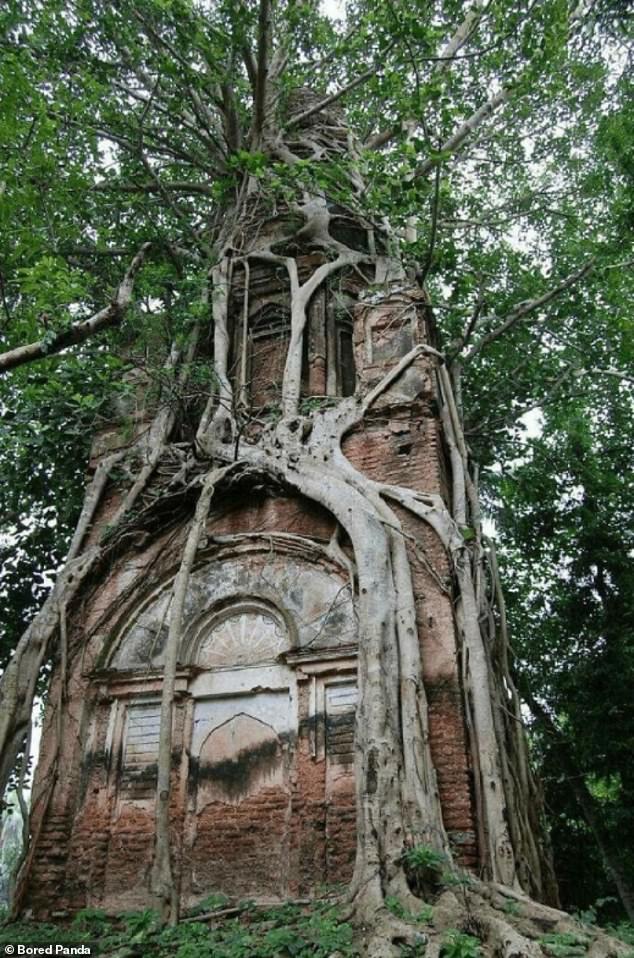