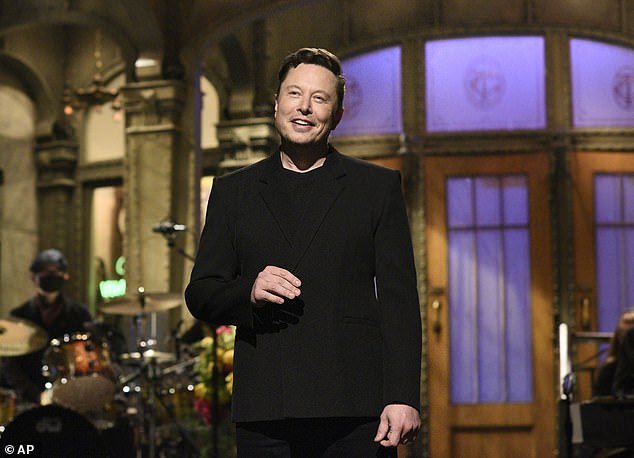 The price of Bitcoin tanked Wednesday after Elon Musk said Tesla will no longer accept the cryptocurrency, citing concerns about the use of fossil fuels for mining the coin.

Creating Bitcoins and other cryptocurrencies requires a lot of electricity, releasing massive amounts of greenhouse gases.

The cryptocurrency is ‘mined’ by high-powered computers that continuously solve computational math puzzles, the complexity of which means the processors require huge amounts of energy. With each solved problem, a certain amount of coin is produced.

While the machines use electricity, fossil fuel is a major category in electricity generation.

Musk wrote: ‘We are concerned about rapidly increasing use of fossil fuels for Bitcoin mining and transactions, especially coal, which has the worst emissions of any fuel.’

Bitcoin, the world’s biggest digital currency, fell 15 per cent after the tweet. 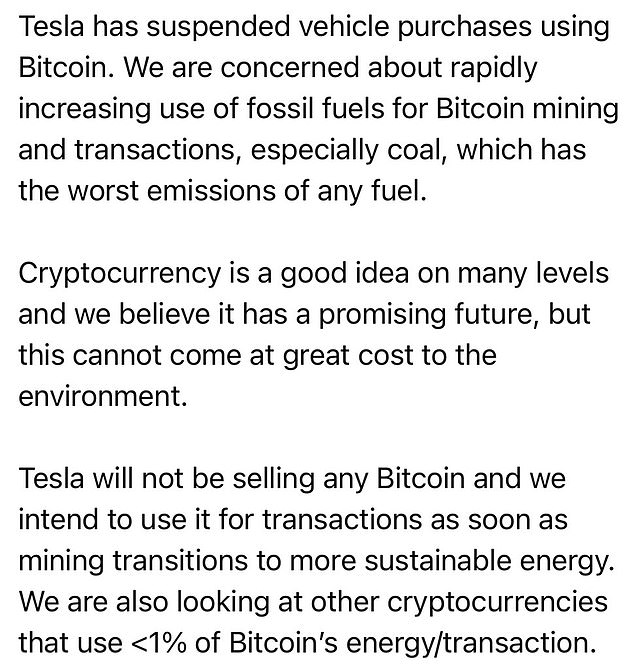 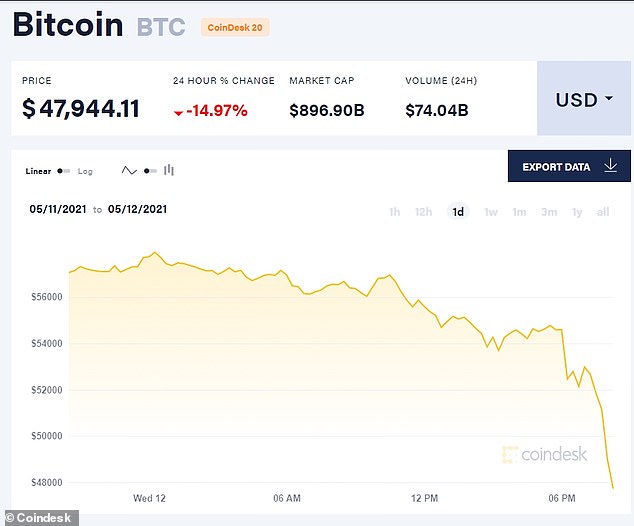 Bitcoin, the world’s biggest digital currency, fell nearly 15 per cent after the tweet

‘We are also looking at other cryptocurrencies that use <1% of bitcoin’s energy/transaction,’ Musk said.

Musk said in March Tesla customers can buy its electric vehicles with bitcoin, jumping up the price of the currency.

But on Wednesday he tweeted: ‘Cryptocurrency is a good idea on many levels and we believe it has a promising future, but this cannot come at great cost to the environment.

‘Tesla will not be selling any Bitcoin and we intend to use it for transactions as soon as mining transitions to more sustainable energy.’

Tesla said in a February filing with the Securities and Exchange Commission (SEC) that it had bought $1.5 billion (£1.16 billion) worth of Bitcoin and would soon accept it as a form of payment for cars. 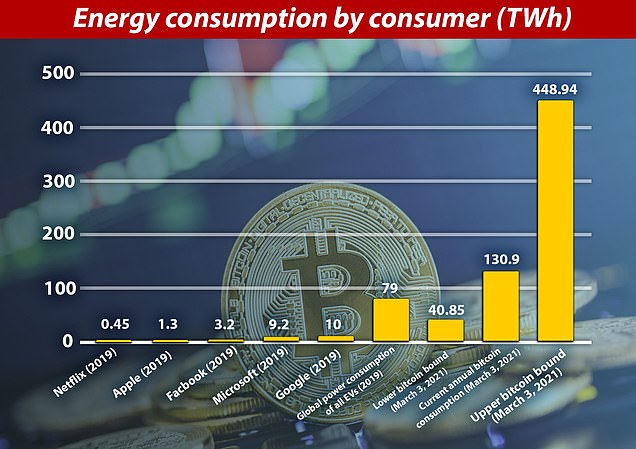 Pictured: A graph showing the amount of energy in terawatt hours (TWh) consumed by tech giants, electric vehicles and Bitcoin mining (lower, central and upper bounds). The bar second from right shows the current annual bitcoin consumption, that on March 3 was at a rate of 130.9 terawatt hours (TWh), roughly the same as New Zealand and Argentina 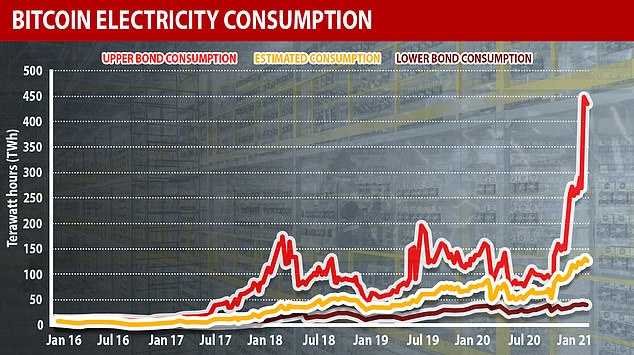 Pictured: A graph showing data from the Cambridge Bitcoin Electricity Consumption Index (CBECI) that shows the energy consumed by Bitcoin. Consumption increased to its highest ever levels towards the end of last year, with the rates continuing to rise into 2021. The CBECI calculates Bitcoin’s total energy consumption is currently between 40 and 445 annualised terawatt hours (TWh), with a central estimate (yellow line) of about 130 TWh 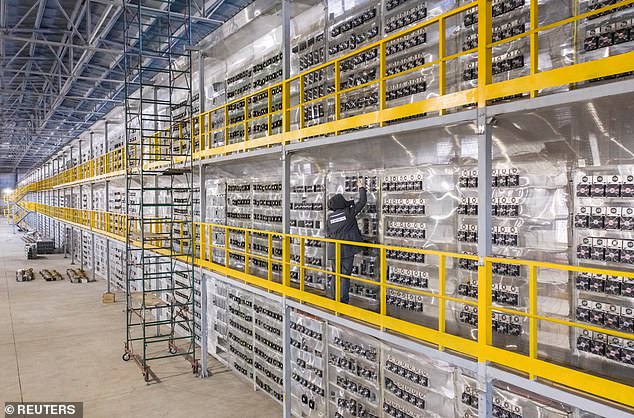 Pictured: The data centre of BitRiver company providing services for cryptocurrency mining in the city of Bratsk in Irkutsk Region, Russia March 2, 2021. The cryptocurrency is ‘mined’ by high-powered computers that solve computational maths puzzles, the complexity of which require huge amounts of energy

Microsoft co-founder Bill Gates has already highlighted the negative impact mining Bitcoin has on the environment. ‘Bitcoin uses more electricity per transaction than any other method known to mankind,’ Gates said, ‘It’s not a great climate thing.’

A 2018 study published in Nature found huge farms of computers used to mine Bitcoin could produce enough greenhouse gases to raise global temperatures 3.6°F (2°C) in less than three decades.

Studies have also shown that the annual carbon emissions from the electricity generated to mine and process the cryptocurrency is equal to the amount emitted by whole countries, including New Zealand and Argentina.

Bitcoin mining’s energy consumption also eclipses that of the world’s major tech companies that provide entertainment services, including the streaming giant Netflix as well as Apple, Facebook, Microsoft and Google combined – all of which also require huge amounts of energy to run their services.

By comparison, Google – the largest energy consumer of the tech giants – used 10 TWh in 2019. On March 13, Bitcoin was using 130.9 TWh (annualized). The UK’s electricity consumption is slightly more than 300 TWh a year.

Bitcoin, the world’s most popular cryptocurrency, was launched back in 2009.

The virtual bubble then burst in subsequent days, with bitcoin’s value fluctuating wildly before sinking below $5,000 (£3,800) by October 2018.

However the last year’s rise has been more steady, with investors and Wall Street finance giants wooed by dizzying growth, the opportunity for profit and asset diversification, and a safe store of value to guard against inflation.