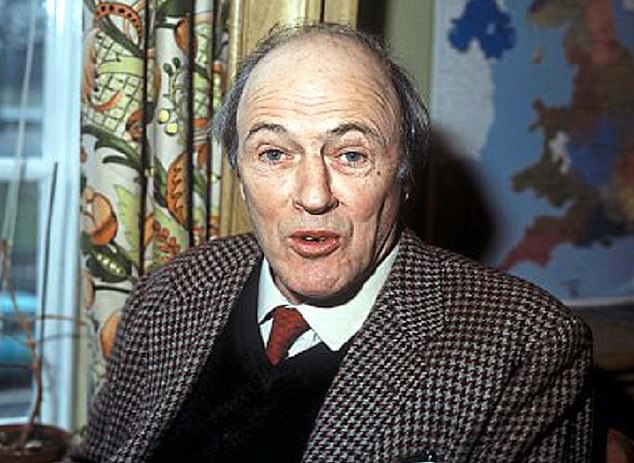 
The family of Roald Dahl, the author of some of the most famous children’s books ever written, is toasting a windfall of more than £500million after agreeing to sell his works.

Netflix paid the gargantuan sum for the Roald Dahl Story Company (RDSC), which comprises the rights to titles such as The BFG and Danny, the Champion of the World.

The production firm has acquired the company in a bid to expand its library of content and retain its spot as the world’s largest streaming service, with more than 200m subscribers.

Netflix deal: Roald Dahl (pictured) is the author of some of the most famous children’s books ever-written such as The BFG and Danny The Champion of The World

The acquisition also comes as Netflix attempts to fend off rivals Amazon and Disney, both of which have bought well-known media properties such as sci-fi series Star Wars and Tolkien’s The Lord of the Rings in recent years as they fight to attract customers.

Netflix is already working on an animated TV series based on Charlie and the Chocolate Factory under a previous agreement struck with RDSC three years ago.

But this purchase will give it the rights to other well-known Dahl titles, including Fantastic Mr Fox, Matilda, and The Twits.

The company will also be able to develop the characters created by the author (pictured), who was born in Cardiff, across multiple formats including games, live theatre and merchandise.

Netflix said in a statement: ‘Netflix and the Roald Dahl Story Company share a deep love of storytelling and a growing global fan base.

‘Together, we have an extraordinary opportunity to write multiple new chapters of these beloved stories, delighting children and adults around the world for generations to come.’

Dahl’s family had been advised on the sale by Raine Group, a New York-based merchant bank.