Nathan Buckley celebrated his final AFL game as Collingwood coach on Monday. The AFL legend, 48, led the Magpies for the final time as they took on competition leaders Melbourne Demons in their Queen’s Birthday clash at the SCG.  It was a bittersweet final match for the coach, with Collingwood scoring a 17 -point win over … Read more

Nathan Buckley’s girlfriend Alex Pike has broken her silence after he stepped down as coach for Collingwood halfway through his 10th AFL season. Taking to Instagram on Thursday, the glamorous cosmetic nurse, 44, shared an inspirational about ‘letting go’ – seemingly a reference to Nathan’s decision to quit his role with the Magpies. ‘As we let go … Read more 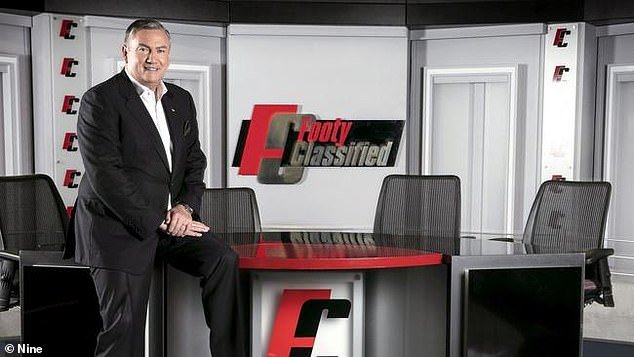 Eddie McGuire will return to host Footy Classified on Wednesday night, in his first live TV appearance since stepping down as Collingwood president. The Nine presenter, 56, has been keeping a low profile since his resignation on February 9, which came after a damning report about systemic racism in the club. While it was previously … Read more