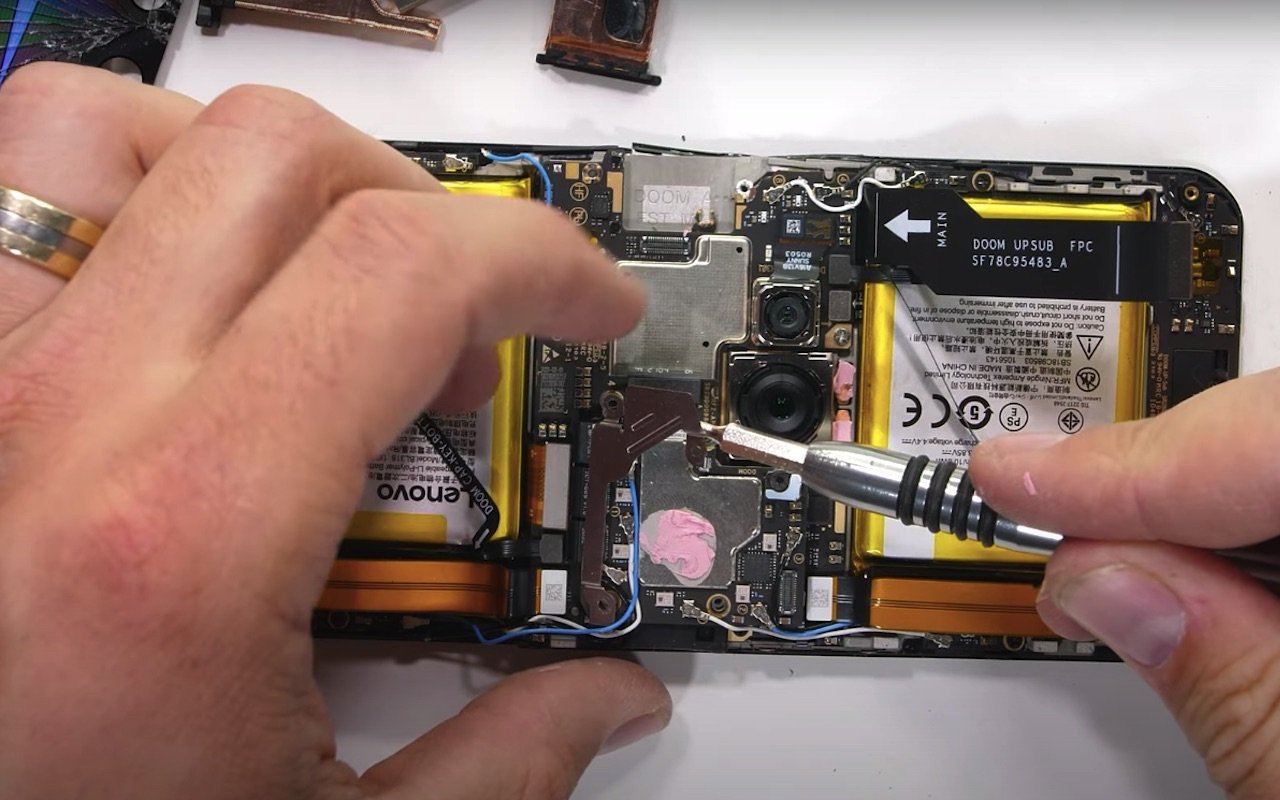 There came a point when Durability Tests and Teardowns became boring. You get the same results. But then there will still be that shock when you hear the screeching sound of a display being scratched especially if you’re wearing earphones. Teardowns can get crazy too because you don’t know what you’re going to see. In recent months, we’ve seen surprising results in videos published by Zack Nelson. A number of devices have failed durability tests recently. We also remember the reverse teardown he did which was well…unique.

Since gaming phones often fail, like the ASUS ROG Phone 5 and the Lenovo Legion Phone Duel 2, people are curious about what’s inside. The ASUS gaming phone has dual batteries. The Legion phone has the same design—that’s why. The OnePlus 9 Pro though, also with dual batteries, survived.

And so we watched this teardown video also by JerryRigEverything. We’re not expecting to be blown away but opening the phone is altogether a different story. The teardown is almost impossible, no thanks to the unique design of the phone where the selfie camera is on the side instead of on top. There is also the popup mechanism plus a three-part system that makes it a challenge to open and remove.

The teardown video by Zack Nelson was done after the phone broke apart so it’s somewhat easier. Inside, we see a different internal design—lots of cables that connect eight pressure-sensitive areas. We see cooling systems — two fans and a duct system.

Repair and replacement don’t seem to be a breeze. We’re assuming too they won’t be affordable by most people. The price of the phone is around $1,000. That better be ready for rugged and rough gaming but looks like it’s not.