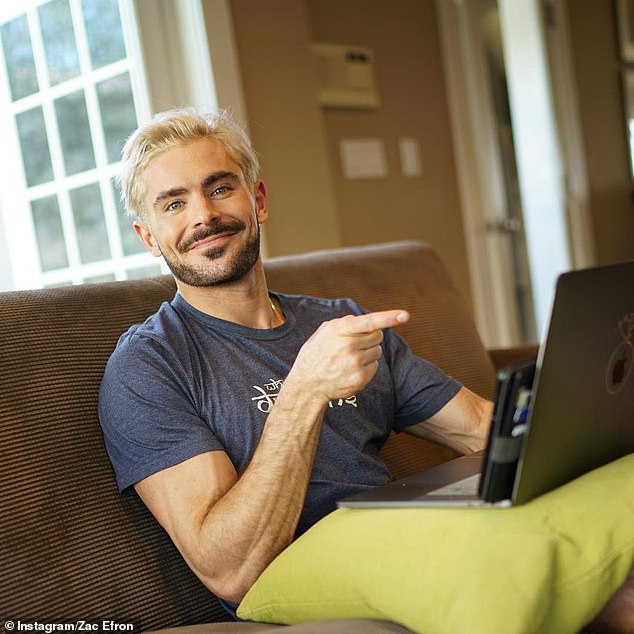 The High School Musical star, 32, was supposedly spotted earlier this week at a ‘little restaurant’ on Bondi Road.

Former Bachelor winner Laura Byrne claimed on the Life Uncut podcast that she’d seen ‘Zac f**king Efron’ and his entourage at the venue.

On the move: Zac Efron has reportedly moved to Sydney’s Bondi Beach, after spending months quietly living in Byron Bay, on the far north NSW coast

Laura said: ‘I walked past and I saw this guy in the window and I thought, “Ah, he’s good looking” and I looked at his face and I was like, “Holy s**t, that’s Zac Efron.”‘

The Hollywood actor has spent the past few months been ‘riding out’ the coronavirus pandemic in Australia on a tourist visa.

He is believed to be dating a local woman named Vanessa Valladares, who until recently was a waitress at the Byron Bay General Store café.