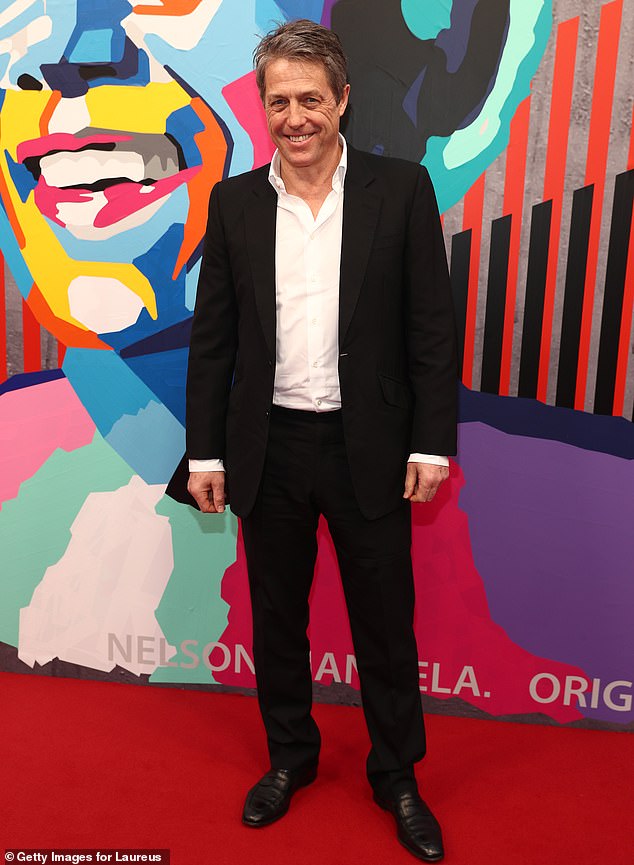 Hugh Grant says he ‘can’t even remember’ what happens in his iconic 2003 rom-com Love Actually: ‘How do I end up?’

By Sarah Abraham For Dailymail.com

While Love Actually may go down as one of the most iconic Christmas-themed romantic comedies in history, Hugh Grant says he ‘can’t even remember what happens in the film.’

In a Thursday interview with Digital Spy, the 60-year-old British-born heartthrob confessed that the details of the film are a bit fuzzy when asked about the possibility of a sequel.

Trying to recover playfully, Grant asked, ‘How do I end up?’ while looking for guidance about the plot’s ending.

Love what?: Hugh Grant, 60, said in a recent interview with Digital Spy that he ‘can’t even remember’ what happens in Love Actually, despite it being one of the most iconic Christmas-themed rom-coms in history

The movie traces nine intertwined love stories, with Grant starring as a Prime Minister who falls for a young staffer played by Martine McCutcheon.

Though many viewers could never forget the movie or Grant’s hilariously memorable dance scene, he said he has little recollection of the events. 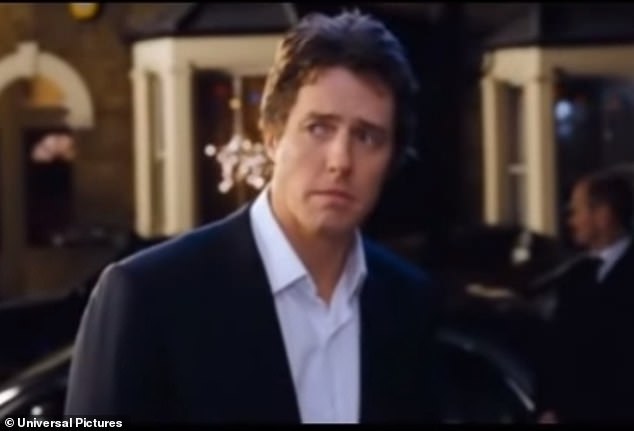 Unmemorable: Admitting that his memory has faded over time he asked, ‘How do I end up?’ while looking for guidance about the film’s ending

Though the movie did release a Love Actually 2 titled, Red Nose Day Actually, the film was only a partial sequel to support Red Nose Day which raises money for children in poverty.

Asked about a full-blown follow up to the original film, Grant admitted, ‘I don’t know. I’ve never thought about that…’ 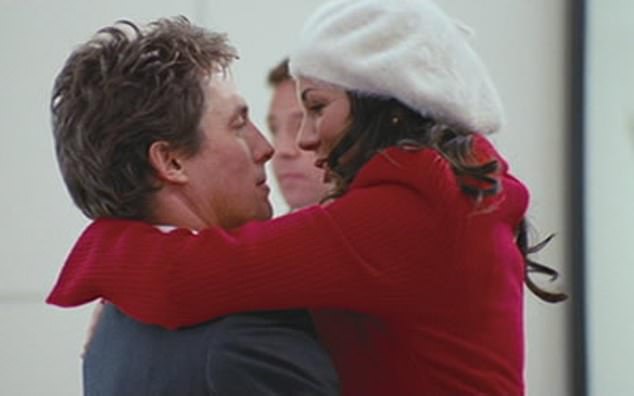 Falling: Grant plays a Prime Minister who falls for his young staffer, and the movie features a hilariously memorable dance scene

In a 2003 interview about the movie he said, ‘It was a really well-written film, there are few of those around,’ which prompted him to sign on after working with Curtis on Four Weddings And A Funeral and Notting Hill.

He continued to say that the idea for the dancing scene caused a ‘big fight,’ between him and Curtis as he did not want to dance at all.

Echoing those same sentiments in a 2019 interview, Grant said ‘I thought, “That’s going to be excruciating,” and it has the power to be the most excruciating scene ever committed to celluloid.’ 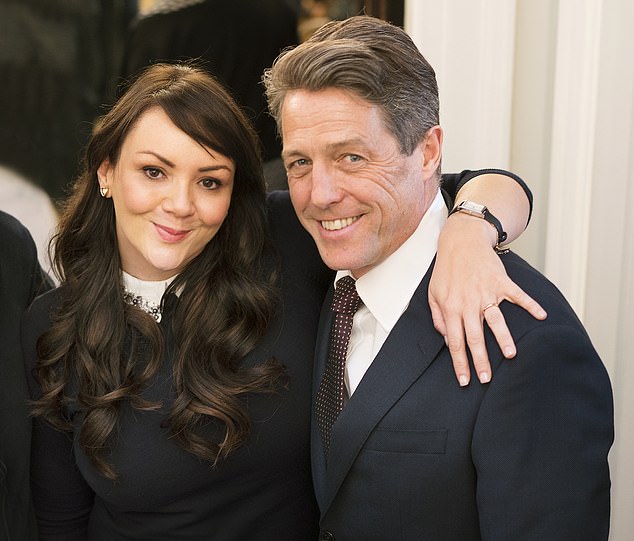 Love Actually 2: The cast reunited for Red Nose Day Actually in 2017, a partial sequel to the 2003 film to raise money for children in poverty; pictured with McCutcheon May 2017