The essence of rock ‘n’ roll: The moment Elijah Hewson walks on stage with his band Inhaler at The Deaf Institute you can see he is a natural

If you’re a parent, there are three jobs you should solemnly promise your children you will never take: teacher at their school, prime minister or pop star. Life may well have been tricky for Elijah Hewson, growing up in Dublin as the son of Bono, frontman of U2, the biggest band in Ireland’s history.

But like his sister Eve, who starred in the BBC drama The Luminaries, Elijah hasn’t let it stand in his way.

You can hardly be accused of trading on your father’s name if he is known by a mononym. And Elijah has wisely opted not to go solo, as second-generation stars often do. 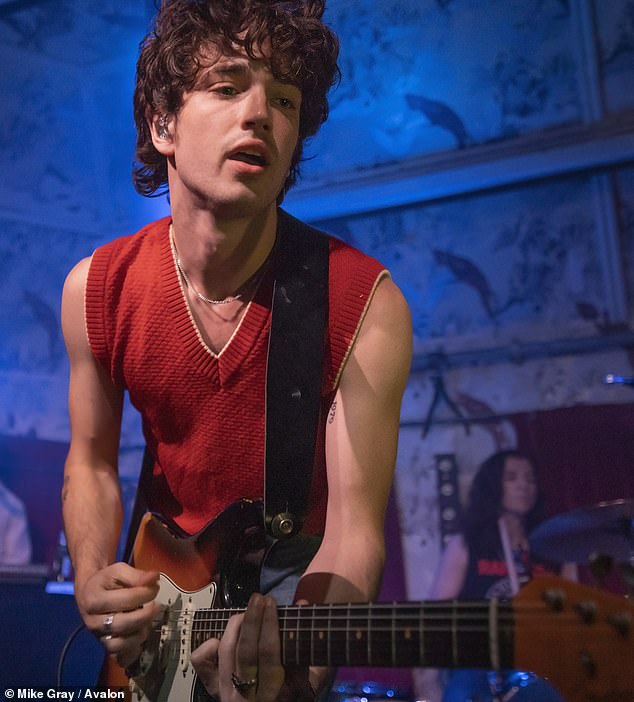 Life may well have been tricky for Elijah Hewson (above), growing up in Dublin as the son of Bono, frontman of U2, the biggest band in Ireland’s history

So far it’s paying off: last month his band, Inhaler, went to No 1 here as well as in Ireland with their debut album, It Won’t Always Be Like This.

The moment he walks on stage, you can see that Elijah is a natural. Bono has the voice of a rock star, but not the silhouette or the moves; Elijah has the voice, the looks, the hips, the lot.

Or maybe he just has a better hairdresser than his dad ever did.

Inhaler make punchy guitar pop with big choruses. It’s a sound built to ring out at festivals, but it works well here in a room with a capacity of 260, which sold out so fast that they added a second show earlier tonight.

Elijah starts by mouthing ‘Come on!’ to the fans, who need no encouragement. As the mosh pit begins to heave, you can feel 18 months of pent-up energy erupting.

Never mind whether guitars are in fashion: this energy is the essence of rock ’n’ roll. Inhaler show some inexperience, playing their album in order rather than holding back their strongest card (the stirring, topical title track).

But they’re very likeable. The one rock-star trait Elijah seems to have escaped is the oversized ego. It’s the eve of his 22nd birthday and he doesn’t milk it, or even mention it.

At the end he simply says: ‘Thank you very much for tonight.’ So well brought up.